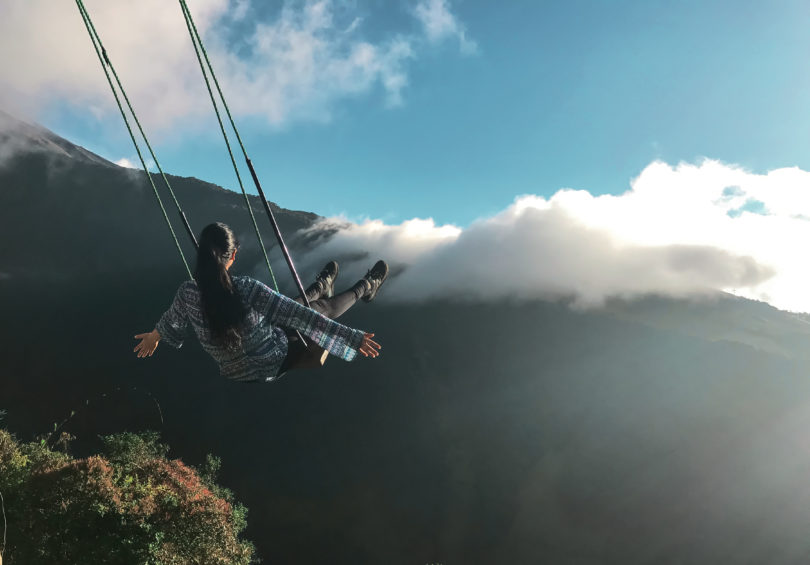 Pack your bags and take a trip around the world with UGA students studying abroad.

When she was a little girl, Kaneisha Smith would listen with wonder to her grandmother’s stories of doing mission work at orphanages in Zimbabwe. She dreamed of accompanying her one day. Sadly, the trip wasn’t meant to be. When she was a senior in high school, her grandmother died of breast cancer, and her hopes of traveling to Africa appeared gone.

During her junior year at UGA, she learned that one of her professors, Sandra Whitney, was on the faculty for the university’s Maymester study abroad program in Tanzania. The monthlong program’s itinerary included visits to local orphanages. Smith couldn’t apply for her passport fast enough.

“It’s one thing to hear about something, but to experience it firsthand, that’s amazing,” says Smith, a Rome, Georgia, native who graduated in May. “This is what my grandmother meant when she was telling me stories. My favorite thing about college has been UGA giving me the opportunity to go abroad.”

A classroom without walls

For nearly 50 years, UGA has provided students with study abroad opportunities. Every year, more than 2,500 UGA students study outside the U.S. More than one-quarter of the Class of 2018 studied abroad at some point during their college career. If you ask one of those students or alumni about their experiences, you’d better get comfortable. 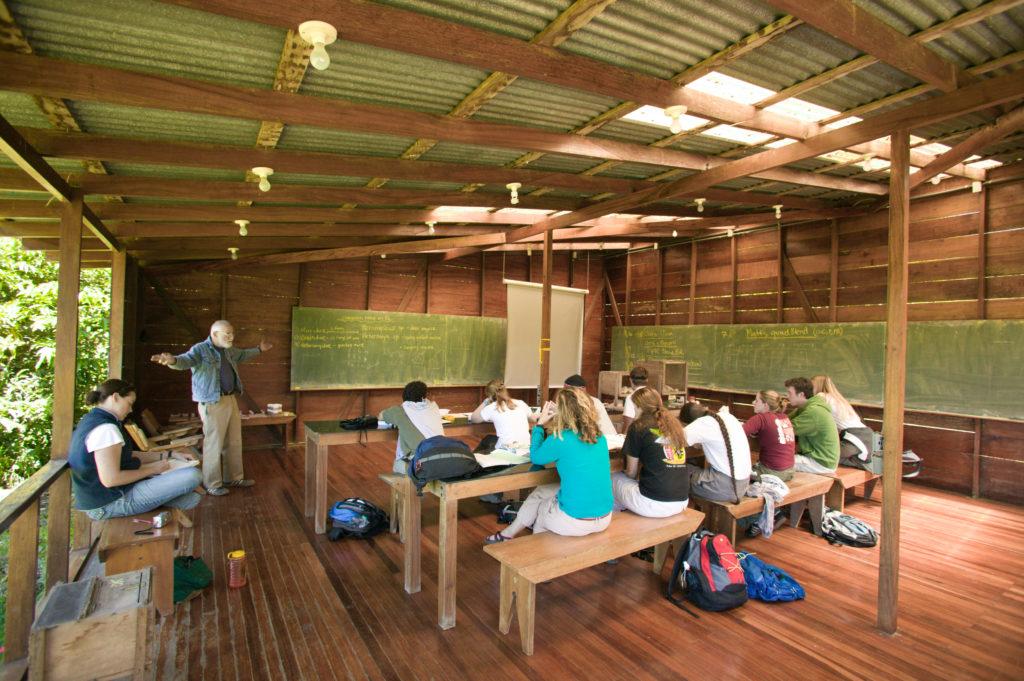 “People who study abroad, they just can’t stop talking about their experience,” says Yana Cornish, UGA’s director of education abroad, as the program is formally known. “It’s something that stays with them their entire lives. And if you talk to someone who didn’t study abroad, frequently they list it as one of the biggest regrets of their college years.”

UGA’s study abroad program has a presence in more than 60 countries and on all seven continents, anchored by three year-round centers located in the medieval Tuscan town of Cortona, Italy; Oxford, England, the oldest English-speaking seat of learning in the world; and the mountainous region of San Luis de Monteverde, in Costa Rica. They host students whose study abroad trips range from several weeks to multiple semesters. There are on-site UGA faculty and staff on the ground to serve the needs of students in all three center locations. Courses are taught by a mixture of UGA faculty and faculty from other institutions at both the Cortona and Costa Rica centers. UGA at Oxford courses are taught by a combination of UGA faculty and Oxford University faculty using the traditional tutorial teaching method. In addition to the centers abroad, there are more than 100 programs available through UGA Education Abroad. In areas where UGA does not offer a faculty-led program, staff in the Office of International Education, which runs study abroad, connect students with local universities to guide their work. 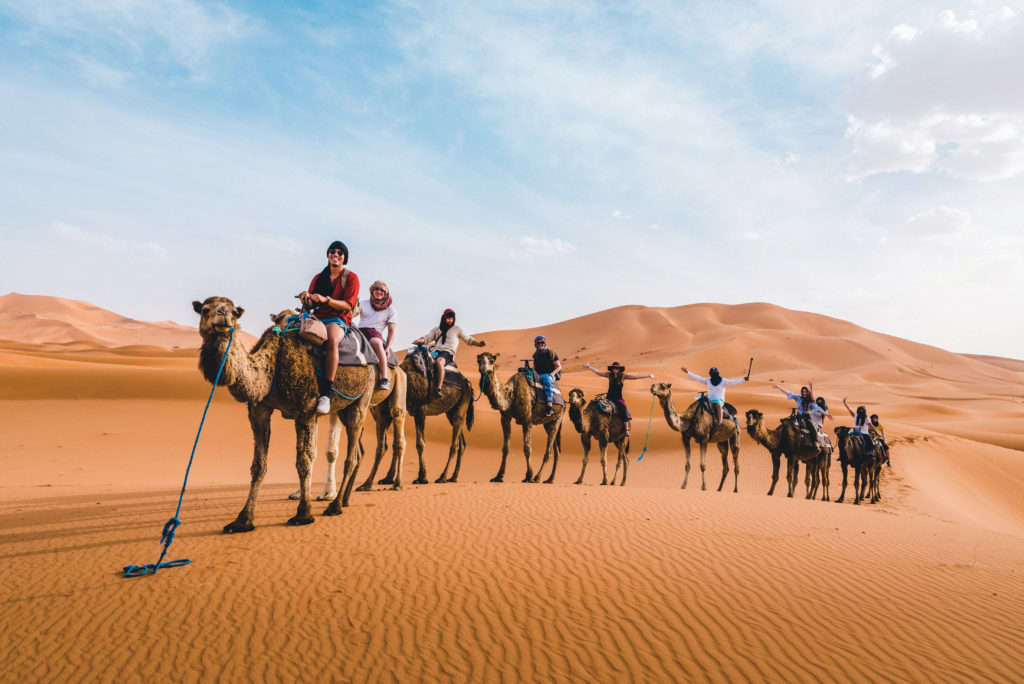 A caravan in Morocco.

Most universities offer some kind of education abroad package, but what separates UGA is its diversity (with seven continents to choose from, students can tailor their experiences to any interest), its popularity (UGA ranks in the top 13 universities nationally for students studying abroad both short and long term), and its place within UGA’s dedication to experiential learning, specifically how students understand contemporary cultures outside the U.S.

“You have the opportunity to apply your academic studies in a new setting,” Cornish says. “Students are in an environment where they are learning constantly. You are exposed to new people, new food, often a new language, new currency, new ways of getting around, and new learning and professional environments. That’s not something you can get from an internship in your hometown.” 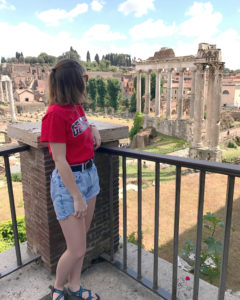 UGA Cortona celebrates its 50th anniversary next year, and it’s seen a lot of change in that half century. Cortona started as a summer art program but has expanded to 17 offerings, ranging from viticulture to business. Program director Christopher Robinson MFA ’01, who has worked at Cortona for more than 15 years, has experienced many of those changes and seen how they have increasingly enriched the student experience over the years.

“Generally speaking, students rely on connectivity and social media. This seems to soften the shock of being in a different culture,” Robinson says. “That said, students today are open to new ideas, environments, and situations. I consistently see students develop a sense of self and confidence, a broader perspective, and greater understanding of the world we live in.”

The reasons why students study abroad are as numerous as dots on a map.

For accounting major Victoria Petuhova, a third-year student from Lexington, Georgia, the strength of UGA’s study abroad program is one of the reasons why she attended the university. “When I learned about the Terry program at UGA Oxford, I knew there was no reason not to go abroad. It’s a perfect fit,” she says.

Petuhova, who is studying international business, adds that she also picked England for the opportunity to take classes with University of Oxford faculty. “They’ll be able to offer a different perspective on the material that I’d hear in the U.S. I’m really excited.” Petuhova will be in England for six weeks this summer. 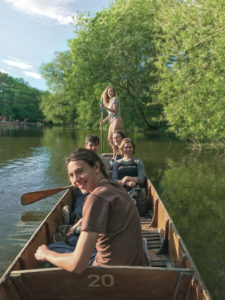 “I wanted an opportunity that pushed me outside of what I was used to,” says second-year student Lindsay McSwigan, who found such an opportunity as part of a UGA Discover Abroad experience in Australia and New Zealand. The travel-based Discover Abroad program took McSwigan and her fellow UGA adventurers to eight locations Down Under, including the Great Barrier Reef and the Australian Outback, while giving them opportunities to explore concepts ranging from environmental sustainability to public health. As an extracurricular activity, McSwigan also got to experience the thrill of skydiving, an outside-the-box adventure that was available to her there.

Discover Abroad was such a life-changing experience for her that she now works for the study abroad program as a student advisor, leading presentations at study abroad info sessions. 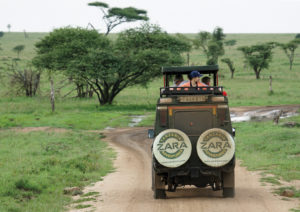 Zoe Li, front, now a fourth-year student, ventured out on a safari in the Serengeti during a 2017 spring break trip to Tanzania with David S. Williams, associate provost and director of the Honors Program, and Taylor Smith, now a UGA graduate. Photo courtesy UGA Honors Program

Kaneisha Smith, too, pushed herself to new heights—19,341 feet above sea level to be exact. After the academic portion of her course was completed, including visits to a Tanzanian orphanage, Smith stayed an extra week for a course extension to climb Mt. Kilimanjaro, the tallest mountain in Africa. Mission accomplished.

This story appears in the Summer 2018 issue of Georgia Magazine.