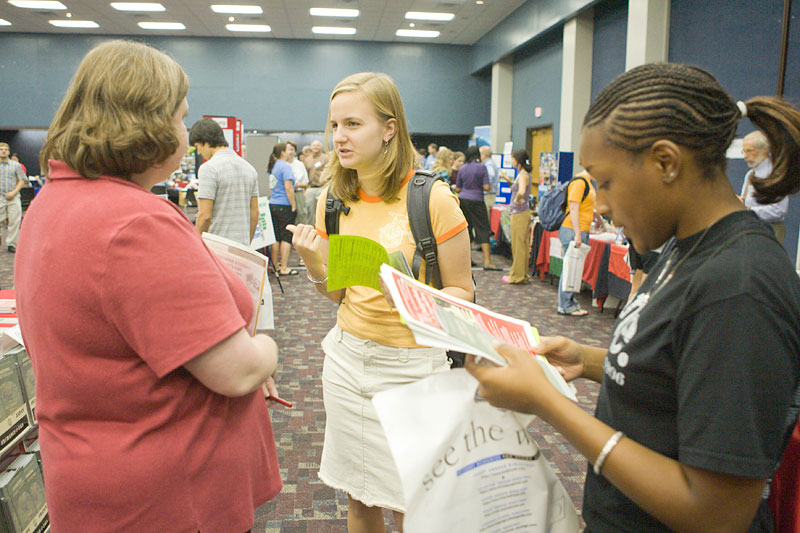 From marine sciences in Antarctica to philosophy in Austria, the 23rd annual Study, Work and Travel Abroad Fair will showcase practically every subject taught on every continent as options for students to travel to while earning class credit.

Approximately 2,000 students are expected to attend the event, which will have about 100 program exhibitors.

Representatives from Cortona, Oxford, Costa Rica and other popular designations will be on hand to answer questions.

Interested students can attend the fair for one or two days, as their schedule allows, but most of the booths will differ between Wednesday and Thursday with the larger and year-round UGA programs available both days.

Study abroad is a great educational tool, according to Kasee Laster, director of study abroad in the university’s Office of International Education.
“It’s a lot of fun,” she said. “You get to have opportunities you might not have at home.”

Additionally, she said it helps to increase student’s maturity, independence and decision-making ability. It’s the best way to achieve true fluency in a foreign language and it looks good to potential employers.

“Students learn a great deal about themselves when they go abroad,” she said. “They learn about their strengths and weaknesses and problem-solving abilities they haven’t tested before.”

It’s also a great way to figure out what you want to do with your life, she said.

In fact, more students than ever are taking advantage of the perks studying abroad offers. At UGA, an average of over 28 percent of undergraduates study abroad during their course of study—more than 2,000 students a year.  The number has increased so much so that the university already has surpassed its previous goal of having 25 percent of the student population study abroad by the year 2010, and is now ranked ninth in the nation in the number of students participating in study-abroad programs, according to national “Open Doors” data.

Kornelia Probst-Mackowiak, fair coordinator, attributes study abroad’s growth to the fact that it’s easier than ever to go abroad due to the abundance of scholarship and financial aid available and the Office of International Education’s increased presence on campus. The office offers an “Options Abroad Session” three times a week to help students learn about program choices for international study. It also offers study-abroad advisers, many of whom have not only studied—but lived—abroad.

Studying abroad is also increasingly affordable. For UGA programs, HOPE scholarship can cover tuition. For out-of-state students, in-state rates are applied to tuition. According to the Office of International Education, there’s a study-abroad program for almost every price range— with program costs depending on the exchange rate, the cost of living in the country and the length of the program, which vary from a few weeks to a full year.

In addition to studying abroad, students also can work and travel abroad. Volunteer work, like the Peace Corps and teaching English abroad are also popular options for UGA students.

“A global education is an important part of competing in the new global market,” Probst-Mackowiak said.