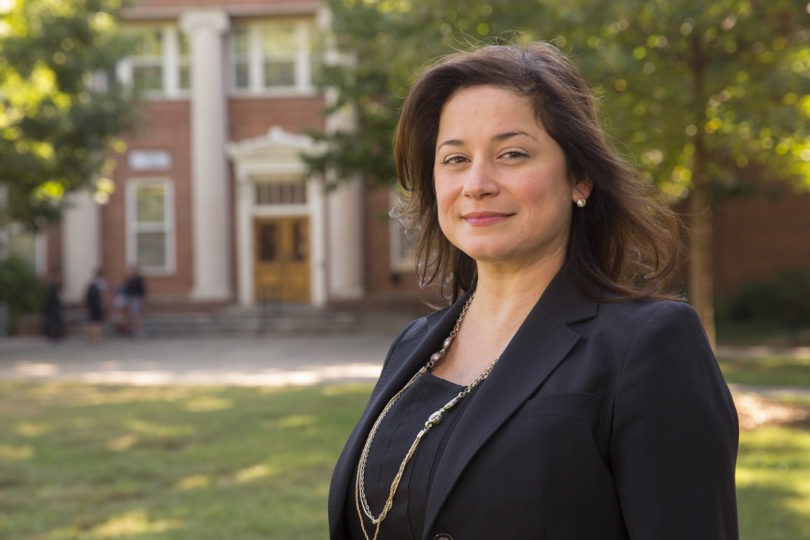 It can happen in the branch office or the boardroom. Volkswagen did it to pass emissions tests. Wells Fargo did it to squeeze more profits from their customers. Some school districts have it done it to boost their standardized test scores. Workplace cheating is a real and troublesome phenomenon, and new research from the University of Georgia explains how it starts — and how employers can help prevent it.

“It’s the desire for self-protection that primarily causes employees to cheat,” said Marie Mitchell, an associate professor of management in UGA’s Terry College of Business. “Employees want to look valuable and productive, especially if they think their job is at risk.”

In a recently published paper in the Journal of Applied Psychology, Mitchell and her co-authors examined performance pressure in the workplace and the behaviors that result from it. They found when employees feel their job depends on meeting high benchmarks, some fudge results in order to stay employed.

For example, when Wells Fargo employees were told to meet new goals that included opening sky-high numbers of new accounts, thousands began to open fraudulent accounts in order to meet their quotas. Wells Fargo was fined $185 million in 2016 and publicly scorned as a result. Similar scenarios can play out across all industries, Mitchell said.

“We’ve seen it in finance, we’ve seen it with educators and test scores, we’ve seen it in sports, it’s everywhere,” she said. “Performance pressure elicits cheating when employees feel threatened. Even though there is the potential of getting a good payoff if they heighten their performance, there’s also significant awareness that if they don’t, their job is going to be at risk.”

This is especially true when employees feel they cannot meet expectations any other way. That perception leads to anger, which in turn leads to unethical behavior, Mitchell said. This crucible of pressure and anger causes employees to focus on doing what is beneficial to them — even if it harms others.

“Angry and self-serving employees turn to cheating to meet performance demands. It’s understandable,” Mitchell said. “There’s a cycle in which nothing is ever good enough today. Even if you set records last month, you may get told to break them again this month. People get angry about that, and their self-protective reflex is elicited almost subconsciously.”

An expert on “dark side” behaviors and a former human resources manager, Mitchell has been interested in cheating phenomena since her graduate school days.

“There were individuals in law school who would race to get to law journals before anyone else and tear out certain pages so that other students couldn’t be as prepared in class,” she said. “So I know cheating happens. I’ve seen it. But the research on this has taken place in behavioral labs, and that doesn’t always translate well to the workplace. I wanted to find out a bit more about what actually happens at work.”

The findings led to a breakthrough. The key, Mitchell said, is for managers to understand the potential threat of performance pressure to employees. If they coach employees on how to view pressure as non-threatening and focus on how to enhance performance ethically, cheating may be prevented.

“It could be that if you pair performance pressure with ethical standards and give employees the right kind of assurance within the workplace, it can actually motivate great performance,” she said. “There have been many scholars who have argued that you need to stretch your employees because it motivates them, makes them step outside of their normal boxes and be more creative. Our research says that it could, but it also might cause them to act unethically.”