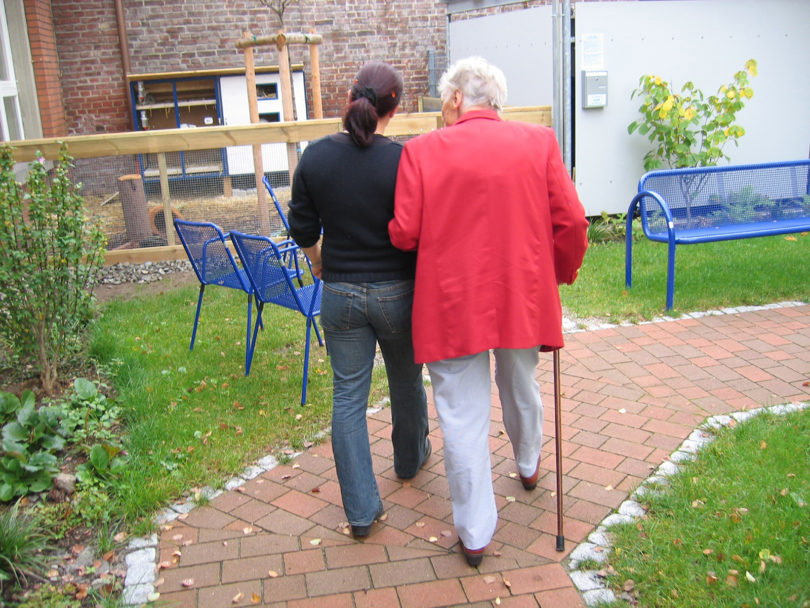 Worker-owned cooperatives could ease a growing deficit of caregivers for the elderly. Photo credit: Public Domain via Wikimedia Commons

Model popular in other parts of the world

Athens, Ga. – A growing elder care shortage could be eased by worker-owned cooperatives, a little-used business model that also improves the working conditions and the quality of life for caregivers. That’s the conclusion reached by University of Georgia faculty member Rebecca Matthew and Vanessa Bransburg, a cooperative development specialist, in a recent, award-winning case study.

Matthew, an assistant professor at the UGA School of Social Work, and Bransburg, a staff member at Democracy at Work Institute in San Diego, California, looked for a successful system of home-based caring labor that puts equal emphasis on the well-being of both the care recipient and the provider. They examined the most popular forms of paid child care—for-profit and nonprofit services—alongside worker-owned child care cooperatives. The latter system is popular in other parts of the world, but represents a fraction of the caregiving services available in the U.S.

The cooperatives, which give employees greater control over their working conditions and a share in profits, improved the quality of life of both care recipients and providers.

As an example, they cited a case study of the Beyond Care Childcare Cooperative, an organization that provides home-based child care services to the Sunset Park community in Brooklyn, New York. Women who joined the BCCC as worker-owners reported a 58 percent increase in hourly wages. As wages grew, more than half of the employee-owners—primarily immigrant women—were able to reduce their work hours, enabling them to spend more time with their own children and families.

The model could also be applied to the provision of elder care, said Matthew and Bransburg, pointing out that nearly half of people employed in that job sector rely on public benefits such as Medicaid to support themselves and their families. Since home care for the elderly is expected to grow from nearly 40 million jobs now to 73 million by 2030, the potential impact of worker-owned cooperatives could be huge.

The study, “Democratizing Caring Labor: The Promise Of Community-Based, Worker-Owned Childcare Cooperatives,” won the Council for Social Work Education’s 2016 Feminist Manuscript Award. It was published online before print in Affilia: Journal of Women and Social Work.