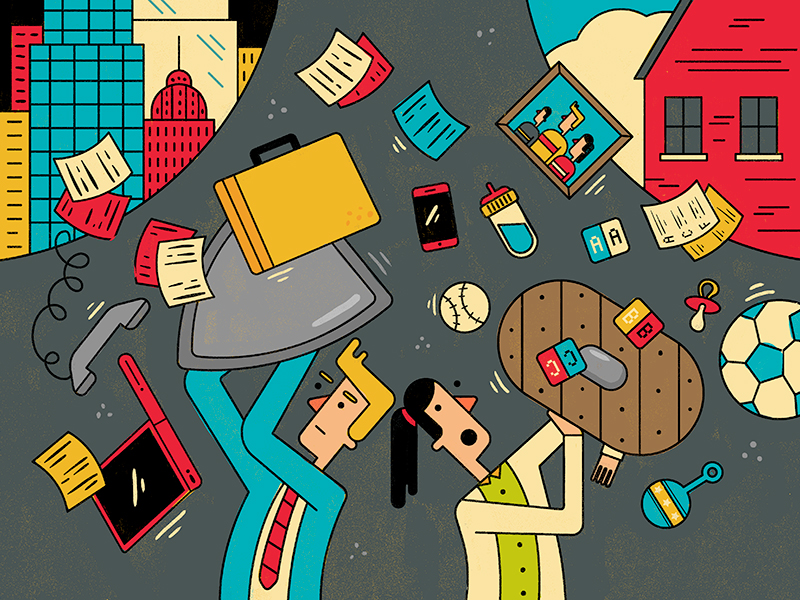 Managing a reputation as both a good employee and devoted parent can lead to serious consequences for working parents, according to new research from the University of Georgia.

In the community and at the office, working parents are judged on their “work-family image,” which includes their competencies at managing their home and work lives, said Laura Little, a management professor and research co-author. The judgments often function on a sliding scale, where success in one domain can signal failure in the other.

“In our experiences studying working parents, we heard a lot of people say things like, ‘He’s a great employee but he doesn’t know his children’s names.’ Consistently, we would hear dual judgments that would seem intractably intertwined,” Little said. “We wanted to find out if facing those kinds of judgments influence people’s behavior. It could be a mother who doesn’t want to stay late at work because she’s afraid people will think she’s a bad mother, or a father who doesn’t want to take time off to see his kid’s game because people might assume he’s less dedicated to his career.”

The research, published in the Academy of Management Review, proposed that when working parents feel they aren’t meeting the appropriate ideals, they engage in image-management behaviors aimed at altering others’ views of them, which can cause stress or lead to a full-blown identity change.

“The image discrepancy between who we think we need to be in the workplace versus who we are deep down can be very difficult to manage, and workers develop a number of strategies to fit themselves more neatly into the boxes,” Little said. “And what we’re interested in is: In the process of creating this image, do we lose who we are?”

For example, workers who feel judged as bad parents may emphasize their home life while at the office in order to boost the impression that they’re good parents. This can be true even if the employee was already an involved parent and truly enjoys their office work.

“Much of what we know about identity (who we are) and image (others impressions of us) assumes that who we are drives the image we portray,” Little said. “We argue that the reverse is also true: Trying to create an impression of yourself in other people’s minds can be destabilizing to your internal identity.”

Sometimes, when an employee’s self-image doesn’t align with their work-family image, they will change either their projected image or self-identity to manage the cognitive dissonance. For example, a working father may grow so accustomed to positive feedback that he receives as an ideal worker, he may begin to disassociate from his parenting role.

When this happens, working parents often settle into a new identity based on whichever arena is more rewarded, be it work- or family-focused.

“Because ideal images are often based on assumptions about the appropriate roles for men and women, this process can be self-reinforcing as working parents,” Little said. “In order to manage others impressions, they begin to identify with traditional gender roles.”

She encourages working parents to embrace “positive distinctiveness,” meaning they emphasize the good parts of both their work and family lives in a way that shows both are important and can be integrated.

The paper, “When Expectations Become Reality: Work-Family Image Management and Identity Adaptation” was co-authored by Jamie Ladge of Northeastern University’s D’Amore-McKim School of Business and published in the Academy of Management Review.