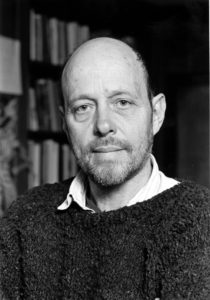 James C. Scott, one of the best known academic authors in the world, will give a public lecture on “Barbarians and the Evasion of History” April 6 at 4 p.m. in the Seney-Stovall Chapel.

The free event is hosted by Dirty History, the University of Georgia’s Interdisciplinary Workshop in Agriculture, Environment and Capitalism; the Willson Center for Humanities and Arts; the history department in the Franklin College of Arts and Sciences; and the Spalding Chair in History.

Scott is the Sterling Professor of Political Science, professor of anthropology and director of the Program in Agrarian Studies at Yale University. He is the author of multiple books, including Weapons of the Weak: Everyday Forms of Peasant Resistance (1985), Seeing Like a State: How Certain Schemes to Improve the Human Condition Have Failed (1998) and Against the Grain: A Deep History of the Earliest States (2017).

Weapons of the Weak “is a kind of bible” for those who study resistance, according to The New York Times, which called Scott “the last of a breed of wide-angled 20th-century social theorists…to marry the insights of social science to the broad sweep of history, even as he cautions against putting too much faith in theory.”

A Fellow of the American Academy of Arts and Sciences, Scott has been awarded resident fellowships at the Center for Advanced Study in the Behavioral Sciences, the Institute for Advanced Study, and the Science, Technology and Society Program at MIT.

He has received research grants from the National Science Foundation, the National Endowment for the Humanities and the Guggenheim Foundation. He also is a past president of the Association for Asian Studies.