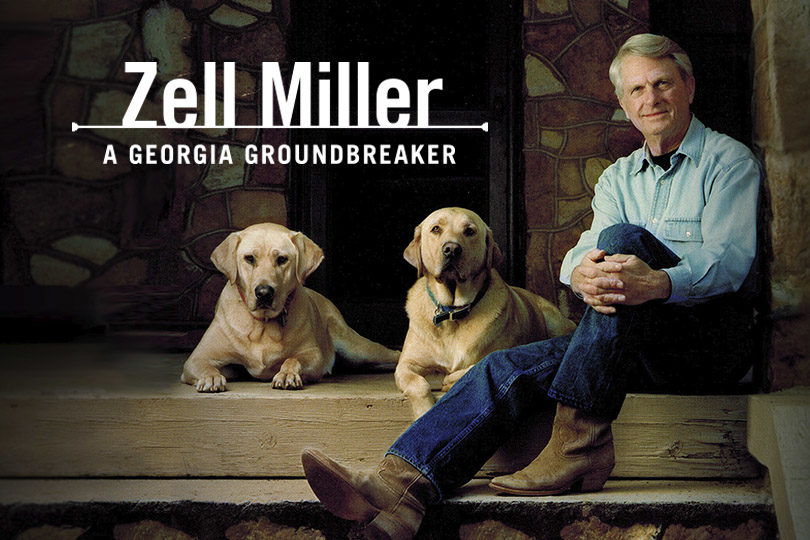 Zell Miller sitting on the porch of the home his mother built in Young Harris with his two beloved yellow labs, Gus and Woodrow. The dogs were named after characters in his favorite novel, "Lonesome Dove."

Miller transformed the landscape of higher education in Georgia and beyond.

Zell Miller must have learned some of his tough, independent spirit from his mother, Birdie. After all, she built the family house – which still stands today – with stones she carried from a nearby creek.

As governor of Georgia, Miller – who earned two degrees from the University of Georgia — exhibited a similar drive and tenacity when he fought to ensure the creation of the HOPE Scholarship, his lasting legacy that has benefited millions of students across the state and beyond.

The HOPE Scholarship is funded by Georgia’s lottery, which was a highly contentious idea when it was proposed. Sept. 1, 2018, marks the 25th anniversary of the awarding of the first HOPE Scholarship. Since its inception in 1993, HOPE has become a model for scholarships in seven other states (including South Carolina, Tennessee and Florida) and was the inspiration for a federal education tax credit.

“It’s something that families and parents can see and touch and understand,” Miller told The New York Times in 1996. “When families sit around the kitchen table … they’re talking about things like whether they can afford to send Junior to college.” 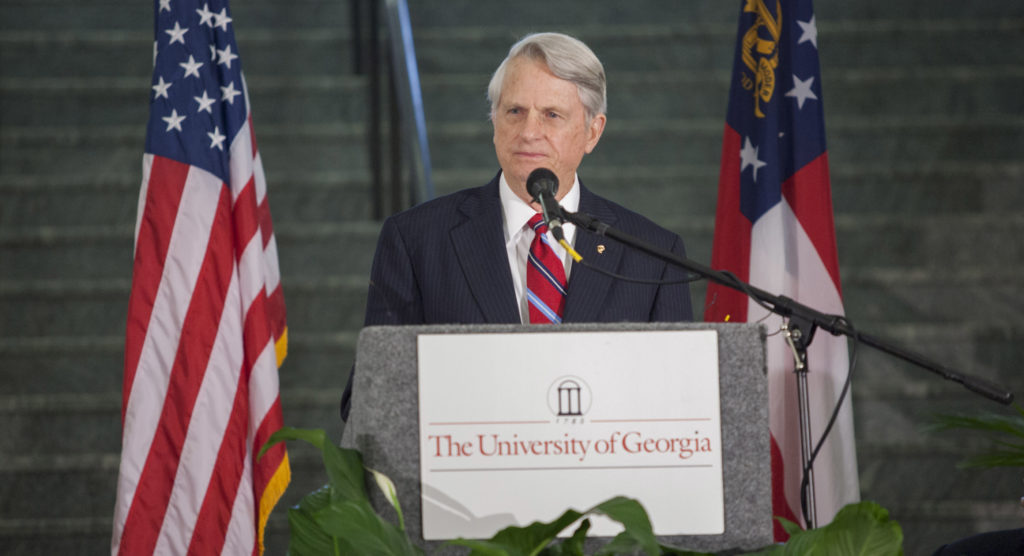 Zell Miller addresses the audience during the dedication of the Zell B. Miller Learning Center in October 2008.

Miller died in March 2018 at the age of 86, just a few months before the milestone anniversary of HOPE. Three former presidents spoke at his funeral: Jimmy Carter, Bill Clinton and George W. Bush. Well known for supporting ideas rather than a hard party line, Miller had friends on both sides of the aisle. Carter praised him in his eulogy, saying “Zell, more than any other governor who’s ever served in the United States of America, has done more for young people’s education with the HOPE Scholarship.”

The lasting impact of HOPE

HOPE, which stands for Helping Outstanding Pupils Educationally, was based on Miller’s vision for providing greater access to higher education in Georgia. So far, the merit-based scholarship program has provided more than $10 billion to help 1.8 million Georgia students pay for college. The beloved program also has elevated the standing of Georgia universities – especially UGA, Miller’s alma mater. 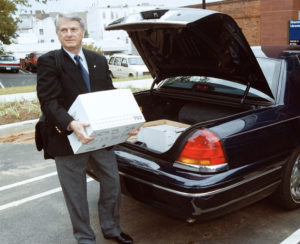 Zell Miller moves into his Meigs Hall office at the University of Georgia in 1999 on his first day as the Philip H. Alston, Jr. Distinguished Chair in Political Science.

Wrigley served as Gov. Miller’s chief of staff for five years and helped shepherd the implementation of the lottery and the HOPE Scholarship. Speaking at a memorial service, Wrigley recalled that Miller was deeply involved in the process of crafting the scholarship program to fulfill his vision, a vision that no doubt sprung from the governor’s own experiences.

Miller is best known as a politician, having served as a mayor, state legislator, executive secretary for Gov. Lester Maddox, lieutenant governor, governor and U.S. senator. But Miller, like his parents, was also an educator. 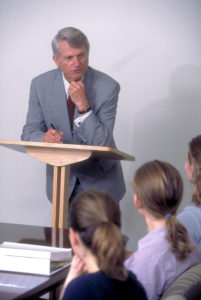 Zell Miller teaches class at the University of Georgia in 1999.

Born in Young Harris in 1932 to Stephen Grady Miller, the dean of Young Harris College, and Birdie Bryan Miller, Zell’s life didn’t start off easily. When Zell was only 17 days old, his father died of cerebral meningitis. The widowed Birdie Miller, who had once been an art teacher, raised Zell and his sister alone, working various jobs to support the family.

After graduating from Young Harris College and briefly attending Emory University, Zell Miller joined the U.S. Marine Corps in 1953. He credited that experience for developing his discipline and focus – skills that paid off throughout his career.

Through the educational benefits of the GI Bill, Miller enrolled at UGA, where he earned a bachelor’s degree in political science in 1957 and a master’s degree in history in 1958. He worked a variety of jobs as a student, including as a tutor for football players and a cook at Allen’s, a popular Athens hamburger joint. Access to affordable education from his military service had been on his mind when he helped craft the HOPE Scholarship.

Following in his father’s footsteps, Miller became a professor at Young Harris College and mayor of his hometown. But Miller was quickly wooed into state politics. His political career had its ups and downs. He lost bids for the U.S. House of Representatives in 1964 and 1966 and for the Senate in 1980. But he was also a stable force in Georgia politics, becoming the state’s longest serving lieutenant governor, with four consecutive terms.

The beginning of HOPE

In 1990, Miller ran for governor and campaigned on the education lottery.

He won, but he still had to convince a majority of Georgia voters to pass a constitutional amendment to establish it. That process was not without complications. Recalling the debates to get the lottery passed, Miller once said, “I couldn’t even go to church without getting caught up into controversy.” 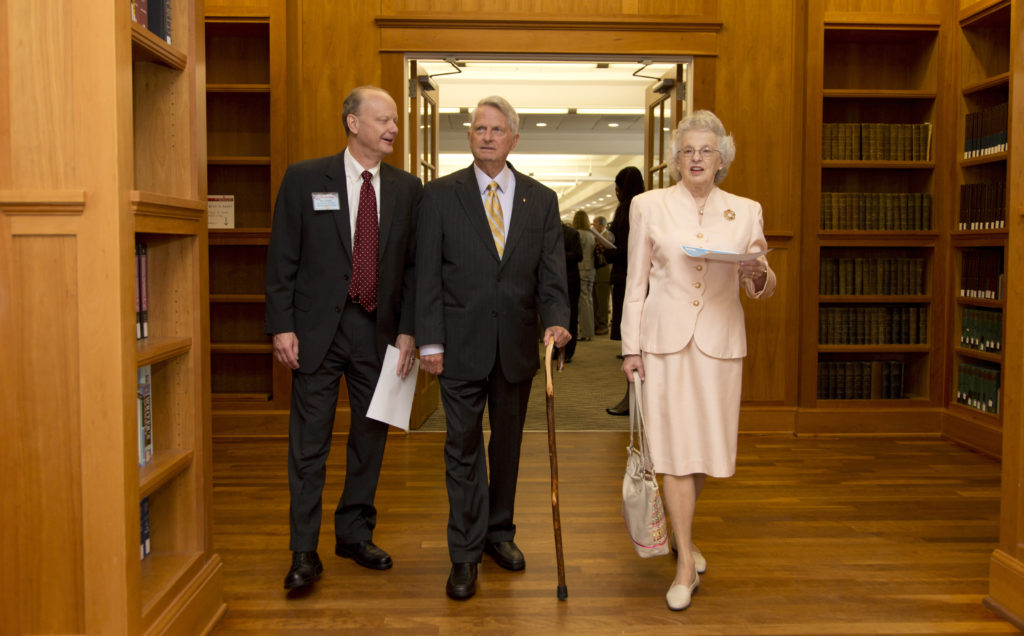 In 1992, voters approved the lottery, and the governor and his team launched HOPE. Miller was determined to make a student’s performance a determining factor in earning and keeping the scholarship. Miller insisted that the scholarship be merit-based, arguing it would reward hard-working students and encourage them to earn their degrees in Georgia.

He laid out the goals of the program: to enhance the academic performances of Georgia students, to keep the best-performing students in the state, and to address socioeconomic disparities in college enrollment. It was a plan he knew would have a real impact on the people of Georgia.

In 1993, the first Georgia education lottery ticket was sold and the first HOPE Scholarship was awarded. Twenty-five years later, the impact of HOPE has crossed generations.

One of the first HOPE recipients

Erica Gwyn was a promising student with a lot of options when she received the HOPE Scholarship in the early years of the program. 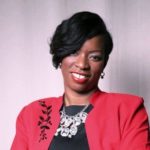 “I applied to, and was accepted at, several schools including Clemson and Auburn, but the HOPE Scholarship was an unprecedented program that made UGA both financially and educationally attainable,” said Gwyn, who earned a Bachelor of Science degree in education in 2000. She now lives in Atlanta and is owner and operator of The Nonprofit Guru and Kaleidoscope Kids Camp of Georgia. Gwyn went on to charter UGA’s NAACP, and is now the fundraising chair for Women of UGA.

According to a 2006 study, Miller’s three goals were largely met within a few years of implementation, with rising state SAT scores and fewer students attending out-of-state institutions.

HOPE is also credited with elevating higher education throughout Georgia, particularly in the academic excellence at UGA. In 25 years, the university has seen a steady rise in its academic rankings.

“Gov. Miller’s impact on higher education in Georgia — and indeed the nation — was profound,” said UGA President Jere W. Morehead. “The University of Georgia would not be the world-class institution it is today without his vision and dedicated leadership.”

While HOPE has continued to evolve since its implementation, it retains the fingerprints of its groundbreaking creator, and it continues to reward Georgians who strive for excellence through higher education. 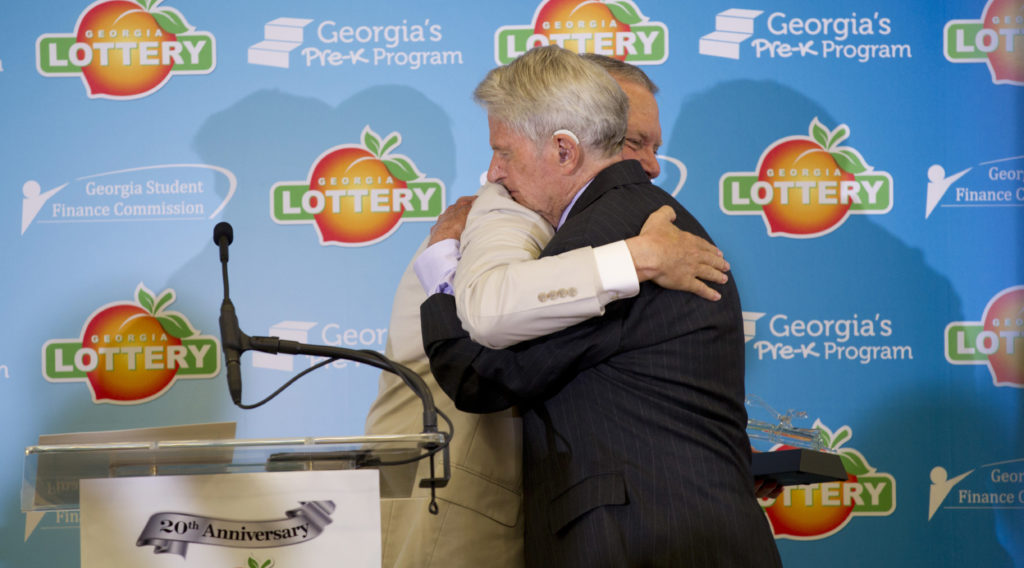 Georgia Gov. Nathan Deal gives a welcome hug to Zell Miller as he is honored for the establishment of the HOPE Scholarship during a 20th anniversary celebration of the program at the Miller Learning Center in June 2013. (Photo by Andrew Davis Tucker/UGA)

Beyond being a two-time alumnus, Miller’s connections with UGA run deep: