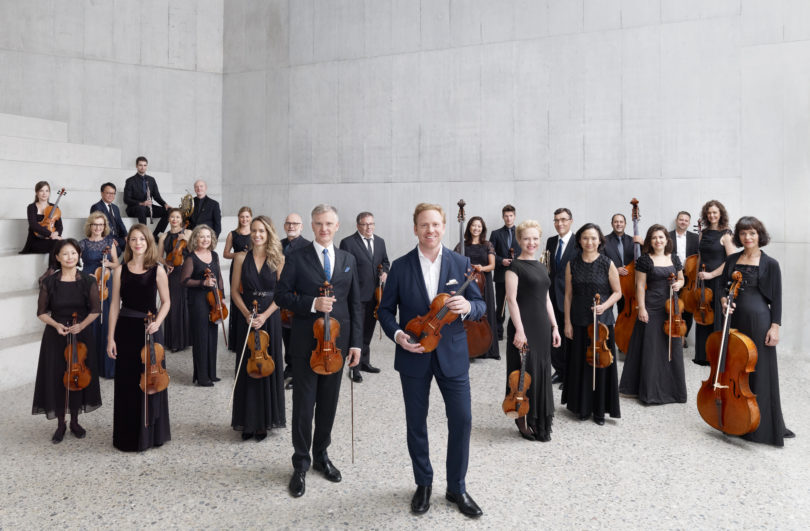 The Zurich Chamber Orchestra concert will include Vivaldi’s The Four Seasons and concertos by Bach and Mendelssohn.

UGA Presents is bringing the Zurich Chamber Orchestra to Athens on Nov. 14 for a 7:30 p.m. performance in Hodgson Concert Hall.

Led by Daniel Hope, music director and violinist, the orchestra will perform Vivaldi’s masterwork, The Four Seasons. The program also will include concertos by Bach and Mendelssohn along with Bechara El-Khoury’s Unfinished Journey, which was commissioned by Hope for the tenth anniversary of violinist Yehudi Menuhin’s death.

Founded in 1945, the Zurich Chamber Orchestra is now considered one of the world’s leading ensembles of its kind. The orchestra is regularly invited to perform at international music festivals, and its recordings have been honored with numerous awards, including two 2017 Echo Klassik Awards in the classics without borders category.

Hope, who has toured the world as a virtuoso soloist for 25 years, is celebrated for his musical versatility as well as his dedication to humanitarian causes. He was named  music director of the Zurich Chamber Orchestra in 2016, and he served as associate artistic director of the Savannah Music Festival for 16 seasons.

Tickets for the Zurich Chamber Orchestra concert start at $50 and can be purchased at the Performing Arts Center box office, online at pac.uga.edu or by calling 706-542-4400. A ­limited number of discounted tickets are available to current UGA students for $10 with a valid UGA ID (limit one ticket per student).

Patrons are invited to make it an evening with a tour and free dessert at the Georgia Museum of Arts at 5:30 p.m. Hodgson Concert Hall is located in the UGA Performing Arts Center at 230 River Road in Athens.