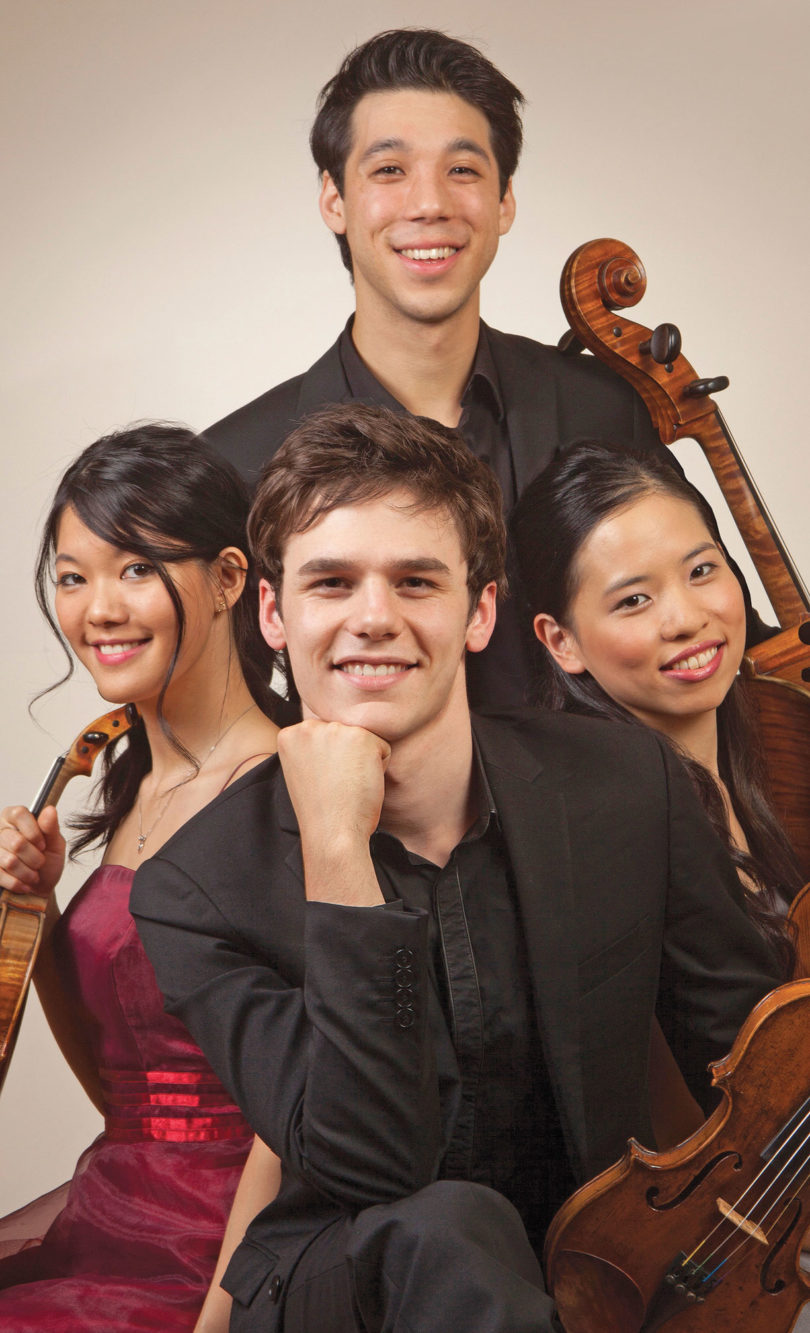 The Performing Arts Center will present the Hermès String Quartet Oct. 6 at 3 p.m. in Hodgson Hall. The performance is the 2013 Payne Memorial Concert, honoring William Jackson Payne, the former dean of Franklin College of Arts and Sciences and Chamber Music Series founder.

Admission to the concert is free, but tickets are required.

The members of the Hermès String Quartet met at the Lyon Conservatory in Paris and formed the ensemble in 2008. The quartet members are Omer Bouchez, violin; Elise Liu, violin; Yung-Hsin Chang, viola; and Anthony Kondo, cello.

The Hermès Quartet’s Athens program will feature works by Claude Debussy, Henri Dutilleux, Franz Schubert and Giuseppi Verdi. The concert will be recorded for broadcast on American Public Media’s Performance Today, heard by more than 1.3 million listeners across the country.