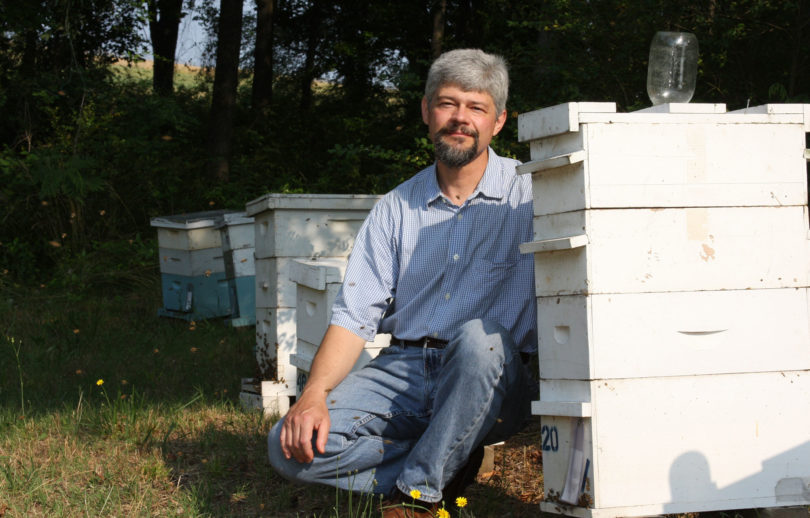 Almost half the bee colonies in the U.S. died this winter. Many were the result of a disorder that causes the colony to literally collapse. Using a $4.1 million grant from the Department of Agriculture, scientists at UGA hope to find solutions to the problem that is killing bees in 36 states.

“Our long-term goal is to restore large and diverse populations of managed bee pollinators across the U.S. to sustain natural and agricultural plant communities,” said Keith Delaplane, an entomologist with the College of Agricultural and Environmental Sciences. He will direct the four-year Coordinated Agriculture Project that is part of a national research initiative funded through the USDA Cooperative State Research, Education and Extension Service.

A multidisciplinary team of researchers and extension specialists representing 17 states will work on the project to study colony collapse disorder. The 19-member team will include specialists in epidemiology, virology, pathology, ecology, toxicology, bee biology, apiculture and integrated pest management.

First identified in November 2006, the disorder expresses itself in bee colonies where foragers have abandoned the nest. This leaves behind large quantities of untended young bees and honey.

Normally, weakened colonies are robbed clean by neighboring bees. When a colony is decimated by CCD the untended honey may remain untouched.

Scientists believe a combination of factors contribute to the phenomenon including pesticide exposure, environmental and nutritional stresses, new or reemerging pathogens and a new virus that targets the bees’ immune systems.

“At this point it’s more forensic science than experimental science,” Delaplane said. “We have a set of symptoms but we don’t understand cause and effect.”

Initial research will focus on determining which of the factors are contributing causes of CCD, either individually or in combination. After research is complete, the research team hopes to have some practical answers for beekeepers and growers of crops who rely on bees for pollination.