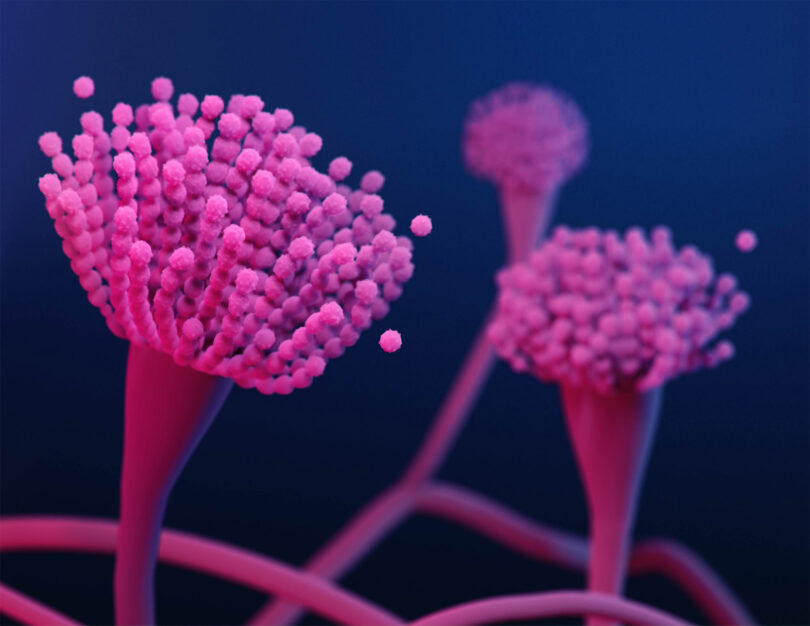 A medical illustration of an azole-resistant fungus, Aspergillus fumigatus. (Photo courtesy of the CDC)

New research from the University of Georgia has shown, for the first time, that compounds used to fight fungal diseases in plants are causing resistance to antifungal medications used to treat people.

The study focused on Aspergillus fumigatus, the fungus that causes aspergillosis, a disease that causes life-threatening infections in 300,000 people globally each year. Published in G3: Genes, Genomes, Genetics, the study linked agricultural use of azoles—compounds used to fight fungal diseases in plants—to diminished effectiveness of the clinical azoles used to treat fungal infections in patients.

“Our results show that resistance to the compounds used to combat fungal infections in humans is developing in agricultural environments,” said Marin T. Brewer, a corresponding author of the study and an associate professor of mycology in the College of Agricultural and Environmental Sciences. “The samples that we collected in agricultural settings were resistant to both the azoles used in the environment and the clinical azoles used to treat people.”

Fungi can be a menace for both people and plants, causing over 1.5 million human deaths annually and crop losses of 20%.

It’s not unusual to find A. fumigatus in the environment. It’s airborne, and it’s everywhere. Most people breathe it in without problem, but it can cause serious infections in people who have weakened immune systems.

When they’re infected by a strain of the fungus that’s resistant to agricultural azole fungicide, the clinical azole drugs used in health care are also ineffective. 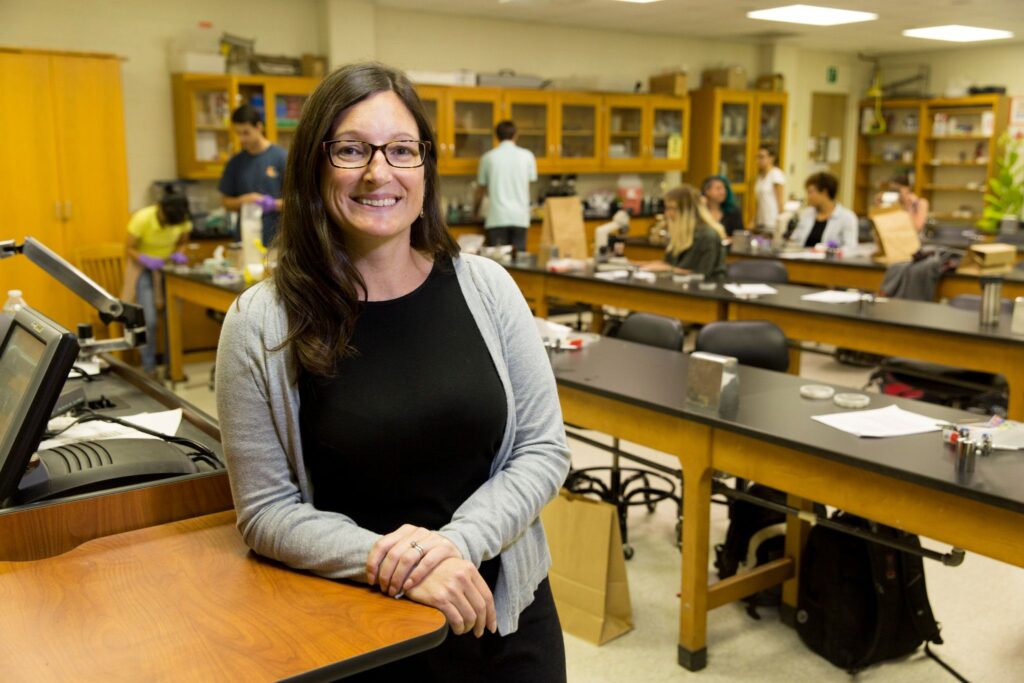 “Azole-resistant A. fumigatus is widespread in agricultural environments and especially things like compost,” said Michelle Momany, a corresponding author of the study and a professor of fungal biology in the Department of Plant Biology in the Franklin College of Arts and Sciences. “Someone who is immunocompromised and at risk for fungal infections should be very cautious in those settings.”

Brewer and Momany, both members of UGA’s interdisciplinary Fungal Biology Group led a team that collected samples of soil, plant material and compost from 56 sites in Georgia and Florida. Most of the sites had recently been treated with a mix of fungicides including azoles and other fungicides that are only used in agriculture, not in patients. But two of the sites were organic and hadn’t used fungicides in over a decade.

After recovering strains of A. fumigatus, the researchers found 12 that were highly resistant to azoles used in agriculture and medicine. The 12 strains also exhibited high levels of resistance to two non-azole fungicides that are not used to treat people. 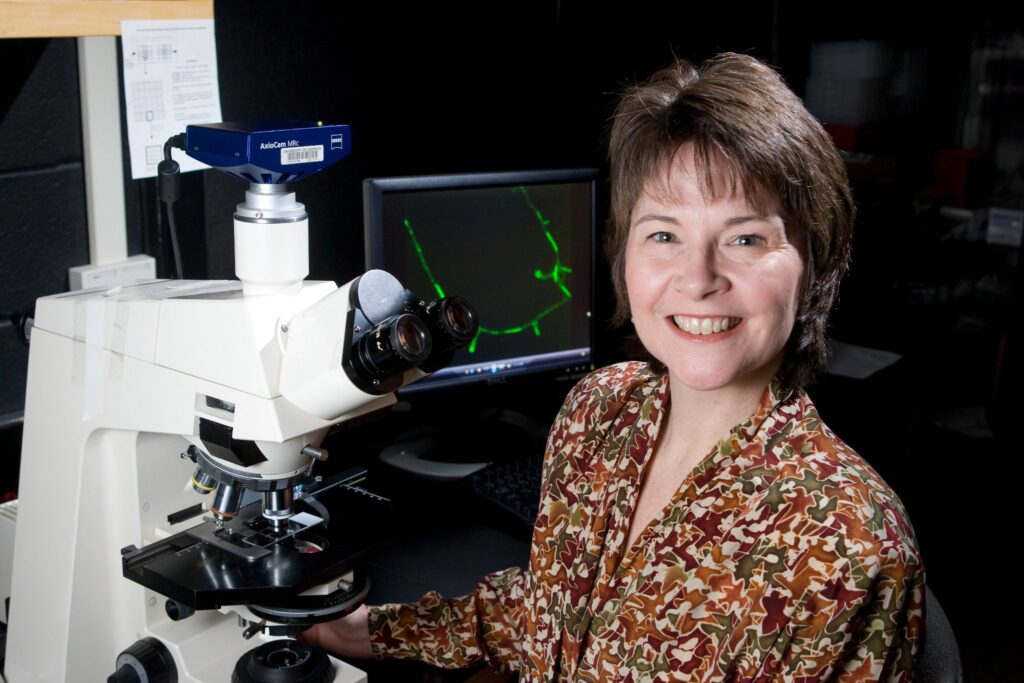 The researchers used whole genome sequencing to create a genetic family tree for A. fumigatus strains from the environment and from patients. They found that the mechanisms of azole resistance they identified in the strains from agricultural environments matched what they saw in patients. The azole-resistant strains from patients were also resistant to the non-azole fungicides that are never used in people, showing that these strains had been in agricultural environments before the patients were infected.

“This emergence severely limits the usefulness of fungicides to manage plant pathogens while still preserving the clinical usefulness of azoles,” Brewer said. “We urgently need effective agricultural fungicides that aren’t toxic to the environment that do not lead to the rapid development of widespread resistance in the clinic.”

The research was funded by the Centers for Disease Control and Prevention and UGA’s Presidential Interdisciplinary Seed Grant program.