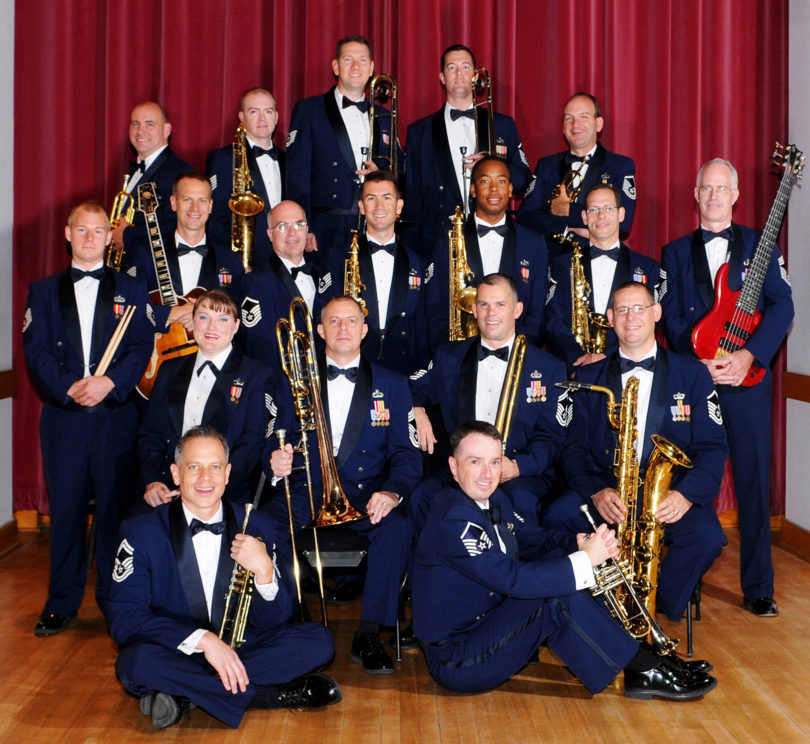 Airmen of Note will give a free jazz concert on campus April 29 at 3 p.m.

The Airmen of Note traces its roots back to the Big Band Era of Glenn Miller. While serving his country during World War II, Maj. Glenn Miller created the Glenn Miller Army Air Corps Dance Band, which engaged in hundreds of performances and radio broadcasts enjoyed by millions.

The Air Force founded the Airmen of Note in 1950 to carry on the tradition of Miller’s popular dance band. Today, the band features 18 of the most talented jazz musicians in the country and is one of the last touring big bands in the world.

In 1990, the Airmen of Note established the Jazz Heritage Series, showcasing the band in concert with legendary jazz performers.

Throughout the history of the Airmen of Note, the Glenn Miller sound has remained a central ingredient in the band’s musical heritage. Today, Master Sgt. Alan Baylock, the group’s chief arranger, helps maintain a commitment to tradition in addition to cutting-edge innovation. In 2010, the Airmen of Note celebrated 60 years as one of most revered musical organizations in the U.S.