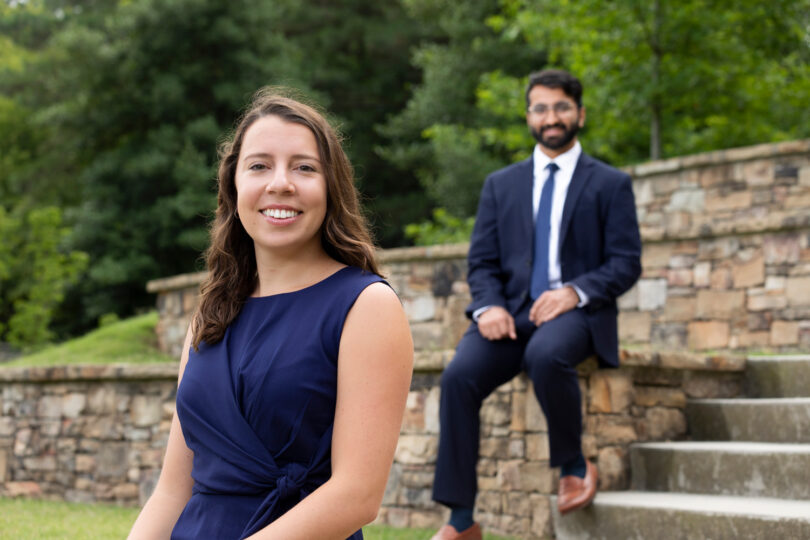 Anita Qualls BS '19 and Aditya Sood BS '19 may be socially distant, but they still worked together to form a nonprofit that helps ease the burden of thousands of frontline health care workers. (Andrew Davis Tucker/UGA)

Anita Qualls and Aditya Sood don’t remember when they met.

Maybe it was during a group gathering in Myers Hall, where they both lived freshman year. It could have been in one of the many biology classes they shared. Regardless of the starting point, Qualls BS ’19 and Sood BS ’19 both agree that they became close friends while taking an evolutionary biology course their senior year.

So in the spring, when Qualls was looking for a way to support those fighting the COVID-19 pandemic, Sood was one the first people she contacted. The nonprofit they formed has helped ease the burden of thousands of frontline workers across the state. And at a time when collaboration is more important than ever, they are helping bring the UGA community closer together. 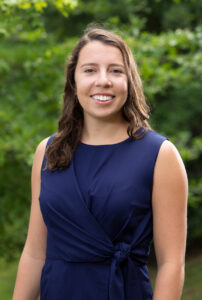 “We were amazed at the interest from our friends to be involved,” Qualls says. (Andrew Davis Tucker/UGA)

When the pandemic hit, Sood was in his second semester of medical school at Emory. Qualls was in Cambridge, England, as UGA’s first-ever Churchill Scholar. The prestigious scholarship gave her the opportunity to study immunology before entering medical school at the University of California, San Francisco this fall.

After Qualls was forced to return to the States in mid-March, she actively sought ways to contribute to the fight against COVID-19. One of the friends she reached out to was Cali Callaway BS ’17, MS ’17, a third-year medical student at Cornell. She was involved in an effort to deliver restaurant-made meals to health care workers around New York, called NYP Healthcare Heroes.

The concept created a partnership between the organization and local restaurants who made and then delivered fresh meals to health care workers in hospitals and medical clinics around the state. To minimize touchpoints, Feed the Frontlines volunteers aren’t directly involved with food preparation or delivery. Instead, they handle the logistics of connecting with health care providers and providing funding to restaurant partners.

When Qualls, who was quarantining in Hiawassee but lives in Johns Creek, learned about Feed the Frontlines, she set up a similar effort in Athens. But she didn’t want to stop there, so she contacted Sood, who lives in Alpharetta. 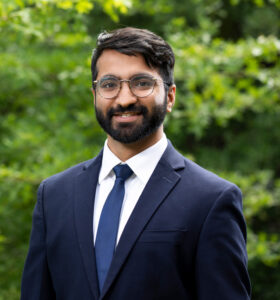 When the pandemic hit, Sood was in his second semester of medical school at Emory. (Andrew Davis Tucker/UGA)

“We realized there was a need, not just with healthcare workers who were struggling but also with local restaurants that had no source of income but massive rents to pay. We realized we could join these two together, not just in Athens but across all of Georgia,” Sood says.

What followed was a masterclass in networking and coordination. Qualls and Sood cast a wide net and reeled in dozens of friends and acquaintances from across Georgia who, like them, were trying to figure out a way to make an impact.

Feed the Frontlines Georgia grew from four people to 80 in just two and a half weeks, and it now serves more than 40 hospitals and clinics across the state. More than 1,000 meals are delivered statewide every week. Qualls estimates that 90% of the volunteers are current UGA students or alumni.

“We were amazed at the interest from our friends to be involved,” Qualls says. (A  list of UGA alumni and students who work with Feed the Frontlines Georgia is listed below.)

“We’ve never worked on something that has been so fast paced and growing like this,” she continues. “We’ve both run organizations before, and we’ve both been in leadership. But this was really unique because of the timeline and because of the eagerness of every person in our organization.”

Feed the Frontlines Georgia serves not only cities like Athens, Atlanta, and Columbus, but it also provides crucial support to rural areas like Berrien County (east of Tifton) and Lanier County (near Valdosta).

To date, they have raised more than $75,000, which has kept dozens of restaurants afloat. Qualls and Sood say Feed the Frontlines Georgia will continue as long as there is a need, even after they return to school in the fall if necessary.