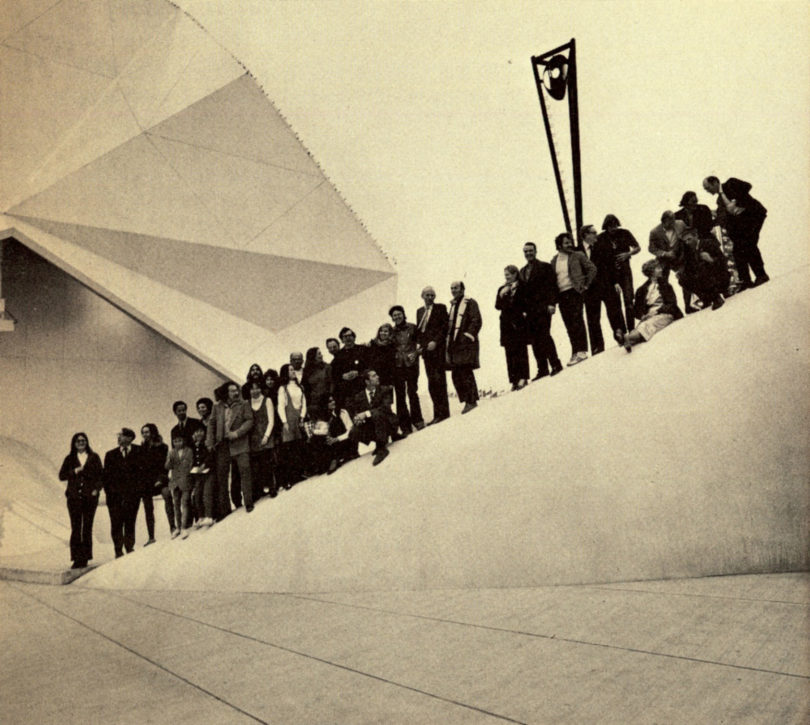 Athens, Ga. – Robert Whitman, cofounder of the New York-based group Experiments in Art and Technology, or E.A.T., and Julie Martin, the organization’s current director, will speak Oct. 24 at 7 p.m. in the Georgia Museum of Art at the University of Georgia. Lynn Boland, Pierre Daura Curator of European Art at the GMOA, will moderate the discussion. Whitman and Martin will address their involvement in E.A.T. as well as current projects of the organization.

Following the lecture, Museum Mix, GMOA’s late-night art party, will be held from 8 p.m.-midnight throughout the galleries. Admission is free to both events.

In the early 1970s, E.A.T. assembled a collection of some of the most important American art of the 1960s with the aim of donating it to a public museum. They chose 30 works in a variety of media and selected the Moderna Museet in Stockholm as the recipient because of its strong history of support for American contemporary art. To help raise the funds necessary for these acquisitions, E.A.T. solicited each of the artists slated for the collection for a print as part of a portfolio, which was sold in an edition of 300.

Founded by Whitman, Billy Klüver, Robert Rauschenberg and Fred Waldhauer in 1966, E.A.T.’s goal was to facilitate collaborative projects involving both artists and engineers. In addition to cofounding the group, Whitman was an artist featured in both the collection and the portfolio. He is known for incorporating new technology into his work, including laser sculptures. Whitman presented one of his best-known performance pieces at 9 Evenings: Theatre and Engineering in New York in October 1966, which was filmed and recently screened at GMOA.

Martin, who was married to Klüver, also worked on 9 Evenings and a variety of other projects with E.A.T. She currently is focusing on documenting the organization’s history and is executive producer of a series of films about 9 Evenings. She continues to work closely with Whitman, producing some of his recent performance pieces.

“Julie and Bob were instrumental in the research that went into this exhibition,” said Boland. “The conversations I had with them always left me reeling with excitement, and I’m thrilled to be able to continue the conversation here while involving our public.”

Museum Information
Partial support for the exhibitions and programs at the Georgia Museum of Art is provided by the Georgia Council for the Arts through appropriations of the Georgia General Assembly. The council is a partner agency of the National Endowment for the Arts. Individuals, foundations and corporations provide additional museum support through their gifts to the University of Georgia Foundation. The Georgia Museum of Art is located in the Performing and Visual Arts Complex on the East Campus of the University of Georgia. The address is 90 Carlton Street, Athens, Ga. 30602-6719. For more information, including hours, see www.georgiamuseum.org or call 706/542-GMOA (4662).