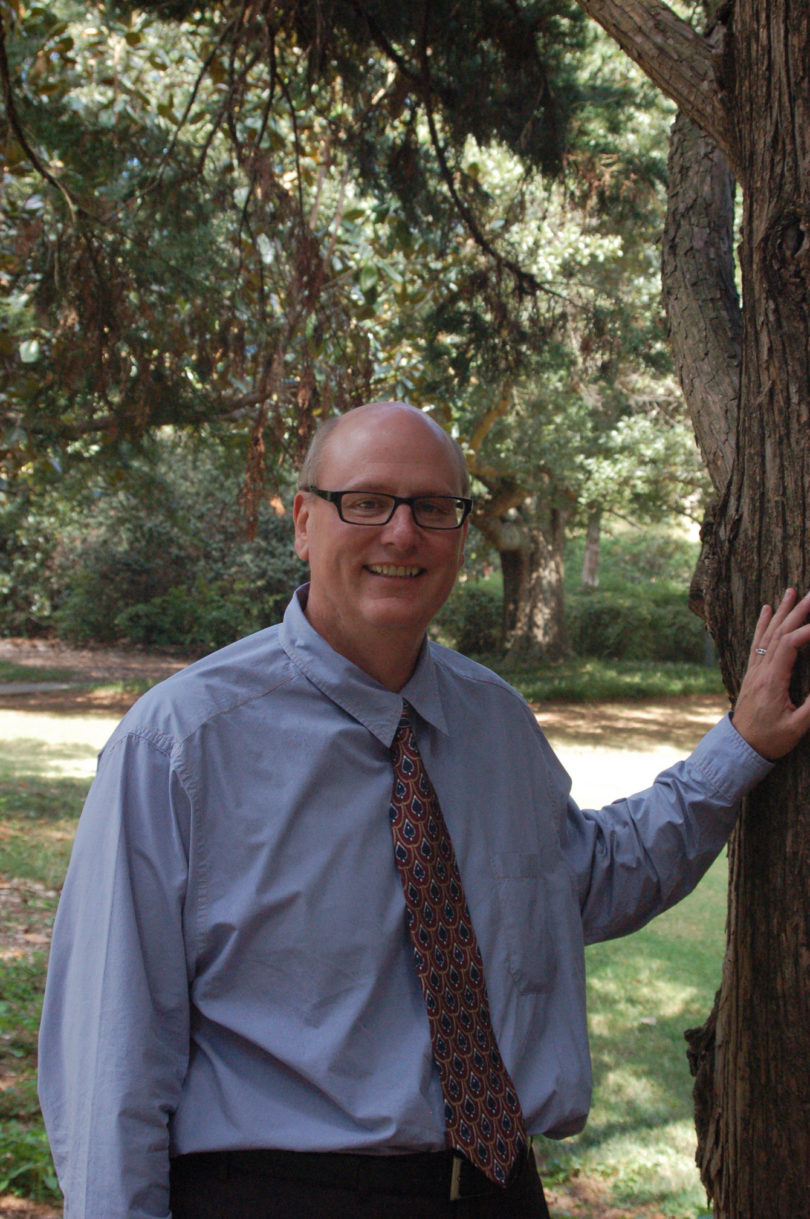 The UGA Athletic Association has funded a total of 14 professorships since May 2006, as a demonstration of its commitment to academics.

“We take great pride in funding these professorships,” said UGA Athletic Director Greg McGarity. “Our faculty serve as the backbone of our entire enterprise, and we are fortunate to be able to assist the university in this manner.”

Grable joined UGA in August and is focusing his research on the financial risk tolerance of consumers and developing and testing financial therapy models through the ASPIRE (Acquiring Strategies for Personal Improvement and Relationship Enhancement) Clinic. Specifically, his scholarship looks to find a link between stress management and better financial outcomes for consumers.

Grable began his career at Texas Tech University as an assistant professor, and in 1999, he joined Kansas State University, where he rose to the rank of professor in 2008 and was named the Vera Mowery McAninch Professor of Human Development and Family Studies. He also served as director of the Certified Financial Planning programs at the university, director of the Institute of Personal Financial Planning and co-director of the Financial Therapy Clinic. He earned his bachelor’s degree in business and economics from the University of Nevada in Reno, his master’s degree in business administration from Clarkson University in Potsdam, N.Y., and his doctoral degree in family resource management from Virginia Polytechnic Institute and State University.

Grafstein is an expert in tax policy and social security. An associate dean and professor of political science, Grafstein has conducted research and written extensively on such topics as the politics of economic policy and the social security program. Most recently, he studied the politics of social security programs in the U.S. and China as well and the FairTax program. He is the author of numerous articles and the books Institutional Realism and Choice-Free Rationality, and he currently is co-editing a book comparing U.S. and Chinese politics.

Henry joined UGA in May. His scholarship focuses on environmental turfgrass science with an emphasis on plant/pest/environment interactions. Henry specifically studies physiology, ecology, weed science, pathology, fertility and management, and he has dedicated his research to providing support for golf course, home lawn and athletic field turf management. He recently received a three-year grant from the U.S Golf Association to examine management impacts on carbon sequestration and greenhouse gas emissions of golf courses and a two-year grant from the Georgia Golf Environmental Foundation to identify the physiological response of Bermuda grass to a soil moisture gradient.

He received a bachelor’s degree in plant science and a master’s degree in plant biology from Rutgers University and a doctoral degree in crop science from North Carolina State University. Prior to joining the faculty at UGA, Henry served as an assistant professor in the department of horticulture and turfgrass sciences at Texas Tech University in Lubbock, Texas.

Prior to joining the Terry College, Mulherin served in academic positions at Clemson University, Dartmouth College, Pennsylvania State University and Claremont McKenna College. He has held corporate positions at the Getty Oil Co., the Federal Home Loan Mortgage Corp. and the U.S. Securities and Exchange Commission. He received his bachelor’s degree in economics from the University of Georgia and his master’s and doctoral degrees in economics from UCLA.

Shipley joined the Georgia Law faculty as dean and professor of law in July 1998. He led the school through the completion of a strategic planning process, a $3.2 million renovation of several classrooms and the law library’s Carl E. Sanders Reading Room, a school-wide technology upgrade and the creation of the director of advocacy. Also, under his leadership, there was a steady improvement of incoming student credentials. He stepped down as dean in June 2003 to return to the classroom. He teaches civil procedure, copyright, administrative law and remedies, and he helped establish the law school’s semester abroad program at England’s Oxford University in 2006.