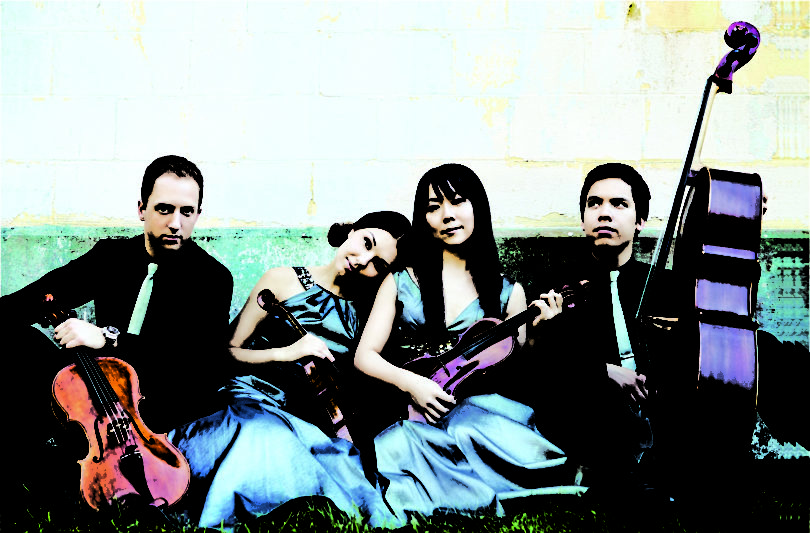 The Attacca Quartet was formed by four students at New York City's Juilliard School in 2003. The quartet was recently named quartet-in-residence at the Metropolitan Museum of Art.

Athens, Ga. – The University of Georgia Performing Arts Center will present the Attacca Quartet on Oct. 5 at 3 p.m. in Hodgson Concert Hall. This performance is the 2014 Payne Memorial Concert and admission to the concert is free.

The Attacca Quartet was formed in 2003 by students at the Juilliard School and has now become one of America’s premier young chamber ensembles. The quartet was the top prizewinner at the 2011 Osaka International Chamber Music Competition, the 2011 Melbourne International Chamber Music Competition and the 60th annual Coleman Chamber Ensemble Competition in 2006. The group was recently named Quartet-in-Residence for New York’s Metropolitan Museum of Art, a position the Guarneri String Quartet held for 43 years.

The Attacca Quartet made its professional debut in 2007 as part of the Artists International Winners Series in Carnegie Hall’s Weill Recital Hall. The group’s recording of the complete string quartet works of John Adams was released in 2013 to critical acclaim. The New York Times called the CD, “exuberant, funky and exactingly nuanced.”

The Attacca Quartet’s Athens program will include works by Haydn, Mendelssohn, Beethoven and Adams. The concert will be recorded for broadcast on American Public Media’s Performance Today, heard by 1.4 million listeners across the country.