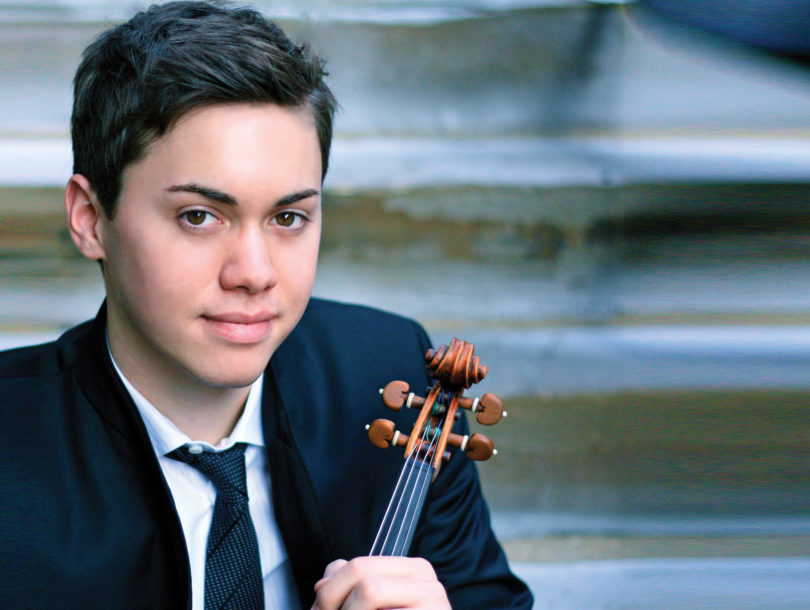 Athens, Ga. – The University of Georgia Performing Arts Center will present violinist Benjamin Beilman, a rising star on the classical music scene, in recital April 1 at 8 p.m. in Ramsey Concert Hall. His program will include works by Stravinsky, Tchaikovsky, Schumann and Brahms.

Beilman was the recipient of both a 2012 Avery Fisher Career Grant and a 2012 London Music Masters Award. He was First Prize winner of the 2010 Young Concert Artists International Auditions, and he won First Prize at the 2010 Montréal International Musical Competition as well as the People’s Choice Award.

In a recent review, The New York Times praised Beilman: “His handsome technique, burnished sound and quiet confidence showed why he has come so far so fast.”

The young violinist has already appeared throughout North America, Europe and Asia as soloist with orchestras including the Edmonton Symphony, L’Orchestre Métropolitain de Montréal, the Philadelphia Orchestra, the Tonhalle Orchestra in Switzerland, L’Orchestre Symphonique de Québec and the Malaysian Philharmonic Orchestra.

He was a 2007 Presidential Scholar in the Arts and recipient of a Gold Award in Music from the National Foundation for Advancement in the Arts. Beilman graduated from the Curtis Institute of Music in 2012.

For his Ramsey Hall recital, Beilman will be accompanied by pianist Yekwon Sunwoo, a native of Korea who is the winner of several international competitions including the Queen Elisabeth Competition in Brussels.

Beilman’s recital will be recorded for broadcast on American Public Media’s Performance Today, heard by more than 1.3 million listeners across the country.

The Ramsey Concert Hall series is underwritten by Lars Ljungdahl in memory of Despy Karlas. The performance underwriter is John A. Maltese.