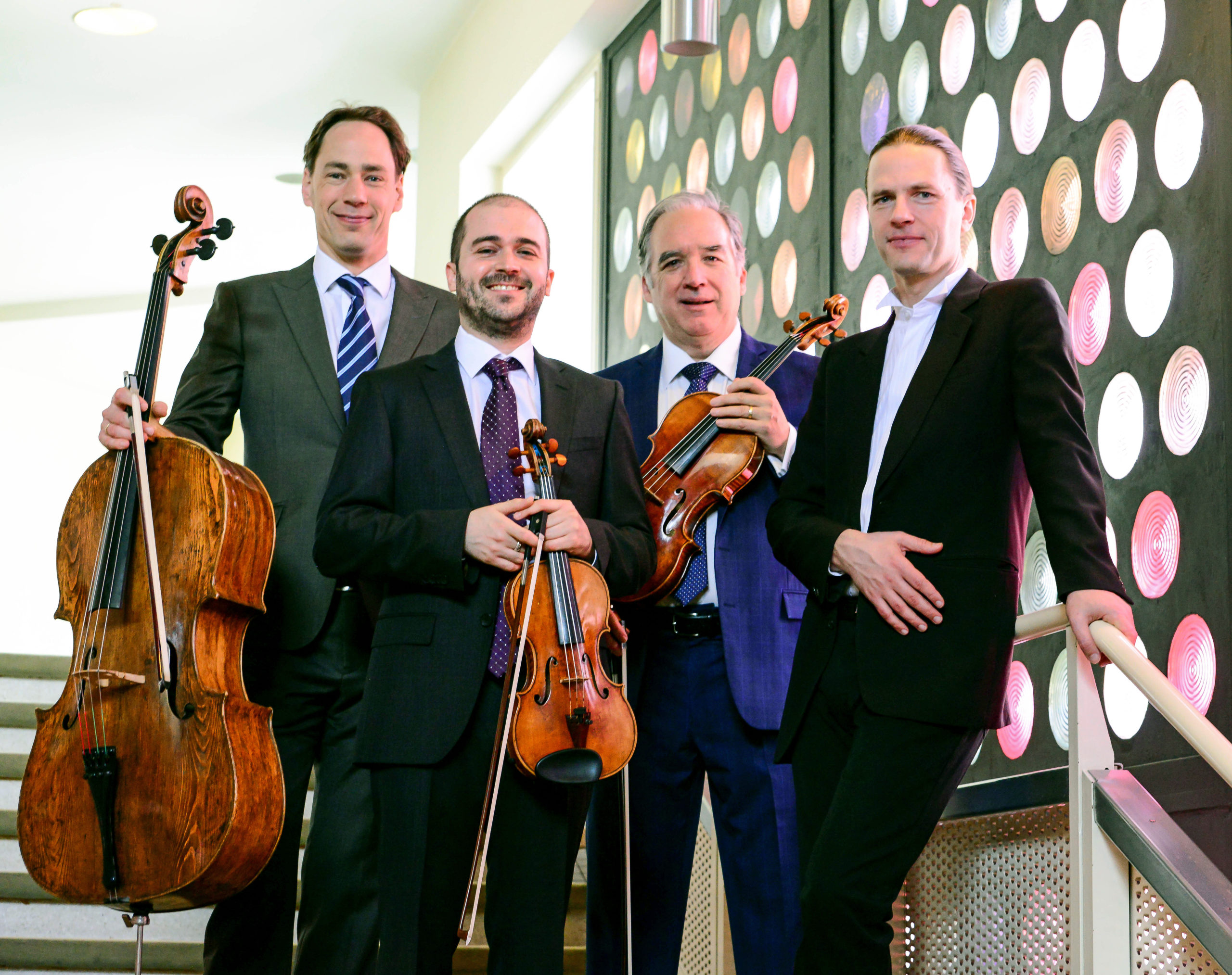 UGA Presents is bringing the Berlin Philharmonic Piano Quartet to Athens on March 6 for a 7:30 p.m. performance in Hodgson Concert Hall.

The quartet’s program will include the Georgia debut of the Piano Quartet composed by four-time Oscar nominee Danny Elfman. The concert will also feature Brahms’s Piano Quartet No. 1 and Frank Bridge’s Phantasy Quartet.

The Berlin Philharmonic Piano Quartet was established in 1985 as a chamber music ensemble of the Berliner Philharmoniker, one of the world’s leading orchestras. Today, the quartet consists of three members of the orchestra—violinist Luis Esnaola, violist Matthew Hunter and cellist Knut Weber—as well as the renowned pianist Markus Groh.

The four musicians devote themselves to the genre of the piano quartet, which has inspired nearly every great composer since the time of Viennese classicism. In addition to the more familiar quartets of classicism, romanticism and modernism, the repertoire of the Berlin Philharmonic Piano Quartet also includes rediscovered masterpieces of the literature and new commissions from contemporary composers.

The Berlin Philharmonic Piano Quartet’s Athens concert will be recorded for broadcast on American Public Media’s Performance Today, the most popular classical music program in the U.S.