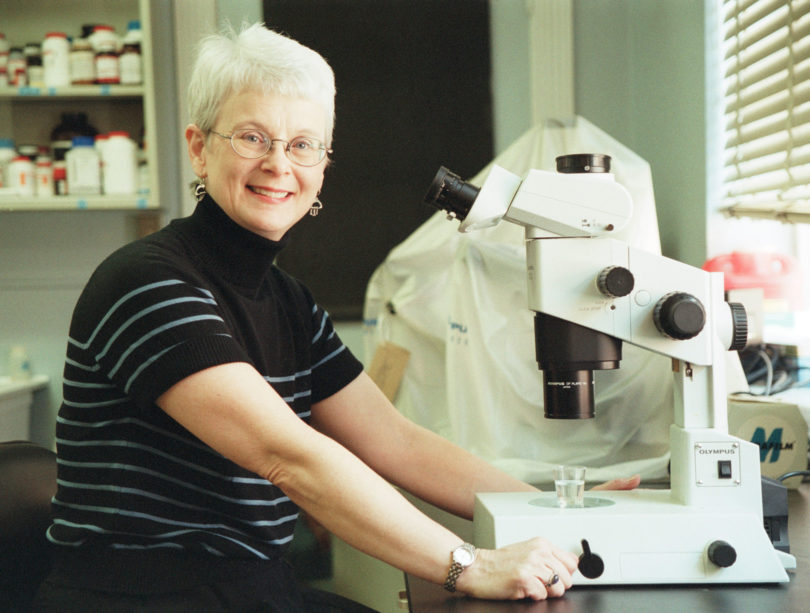 Researchers in the College of Agricultural and Environmental Sciences have found that low-level exposure to a common class of antidepressants found in streams and ponds delays both development in fish and metamorphosis in frogs.

The scientists are studying toxicity of a widely used group of antidepressants called selective serotonin reuptake inhibitors, or SSRIs.

The study has important environmental implications because some of these widely prescribed drugs, which include Prozac, Zoloft, Paxil and Celexa, have been found in low concentrations in surface water, particularly wastewater.

“While these compounds are not acutely toxic at concentrations detected in the environment, our longer-term studies indicate delayed development (in fish) and delayed metamorphosis (in frogs),” says aquatic toxicologist Marsha Black, the associate professor of environmental health sciences who led the study.

The researchers found that low concentrations of fluoxetine (Prozac), the most commonly prescribed SSRI, significantly slowed development in Gambusia, or mosquitofish, which are often used to study toxicity on aquatic organisms.

“We found that male sexual ­development slowed by two to four weeks,” says Ted Henry, a postdoctoral ­researcher who worked on the project.

When the fish were around

80-85 days old, he says, the sexual maturity of those exposed to low levels of fluoxetine was significantly delayed. However, by the end of the study, when the fish were 145 days old, the same fish had caught up developmentally with the unexposed fish.

“We’re scratching our heads right now as to exactly what this means,” Black says. “But we know that, in water, timing is everything. Reproduction for some species is timed to coincide with algae blooms for example. And possibly if sexual development is delayed, timing of reproduction could be affected and you could see some population impact.”

Next phase of study

For the next phase of the study, the researchers will more closely examine the reproductive tissue of the fish affected by fluoxetine. Are they able to reproduce? Is there a reduction in the number of embryos? Or is there no ultimate effect?

“These are some of the questions we’d like to answer,” Black says. “There are still a lot of unanswered questions.”

The researchers also found that metamorphosis in frogs exposed to low levels of fluoxetine took longer than usual. For frogs, particularly the land-based frogs of North America, such a delay could be a matter of life and death, Black says, because frog eggs are often laid in temporary water beds-ephemeral ponds and wetlands that dry up.

“If the tadpoles have not developed and undergone metamorphosis by the time the water has evaporated, they’ll dessicate with the ponds,” Black says.

The researchers strongly suspect that results implicate a disruption of thyroid function and will carry out further research this spring to confirm or disprove their suspicions.

“We know that the thyroid levels peak with metamorphic climax, when the legs and arms form and the tail resorbs,” Black says. “We believe that fluoxetine inhibits the thyroid, so we’re measuring the thyroid hormone levels next.”

The number of prescriptions for SSRIs has exploded since Prozac first came on the market 15 years ago. SSRIs are most often prescribed for depression, but are also used to treat anxiety, panic disorder, obsessive-compulsive disorder, eating disorders and social phobia.

Because they are prescribed for chronic conditions, people take them for months or years, increasing the likelihood of build-up in surface water, Black says. A recent study by Baylor toxicologist Bryan Brooks found traces of fluoxetine in the tissue of bluegills in a Texas creek fed by discharges from a wastewater treatment plant.

“Treated municipal drinking water should be fine, but [pharmaceuticals like SSRIs] may not be filtered out of wastewater,” Black says. “We should be putting a high priority on implementing technologies that remove them and other pharmaceuticals from municipal wastewater discharges.”

The findings of the study were presented at the annual meeting of the Society of Environmental Toxicity and Chemistry last fall.