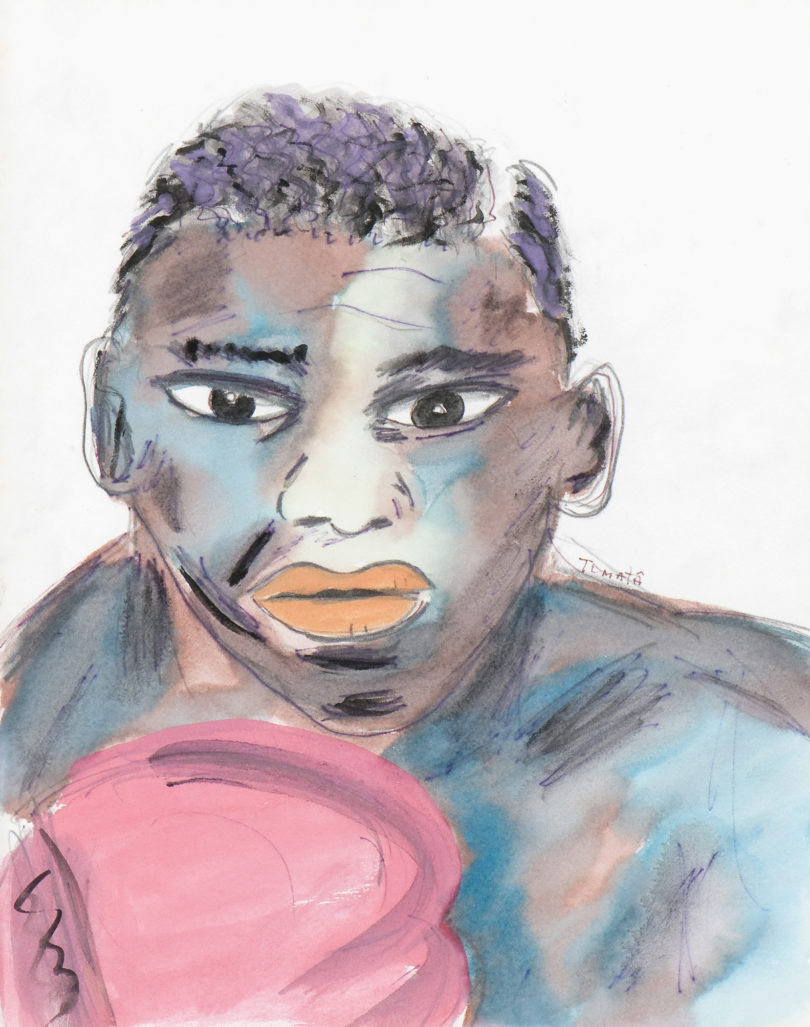 Tomata Du Plenty's painting of Joe Louis is part of the exhibition "Boxers and Backbeats: Tomata du Plenty and the West Coast Punk Scene" on display at the Georgia Museum of Art Oct. 4- Jan. 4.

The Georgia Museum of Art will feature the exhibition Boxers and Backbeats: Tomata du Plenty and the West Coast Punk Scene through Jan. 4.

Organized by Lynn Boland, the Pierre Daura Curator of European Art at the museum, Boxers and Backbeats features a series of portraits of boxers and musicians painted by David Xavier Harrigan, also known as Tomata du Plenty (1948-2000), in the mid-1990s as well as prints and zines from other artists including Gary Panter, Mark Vallen, Winston Smith and Raymond Pettibon to provide an authentic look at the influences of the early West Coast punk scene.

Gordon W. Bailey, a collector, donated a number of works by du Plenty in honor of Michael Stipe, Peter Buck, Mike Mills and Bill Berry, the members of the band R.E.M., which provided the impetus for the exhibition.

Du Plenty helped build the Seattle punk scene in the early 1970s with the Ze Whiz Kidz counterculture drag theater group. He then helped form the acclaimed L.A. synth-punk art band the Screamers. Du Plenty began painting in 1982 after finding an old set of paints and brushes in an alley behind Hollywood Boulevard. His lack of formal training gave him an outsider status in the art world that he embraced. He claimed he would rather sell 100 paintings for $25 each than one picture for $2,500.

Panter designed the Screamers logo, Vallen produced fanzines and album covers, Smith created designs for the Dead Kennedys of San Francisco and Raymond Pettibon designed the logo and other graphics for the L.A. groups Black Flag and the Minutemen.