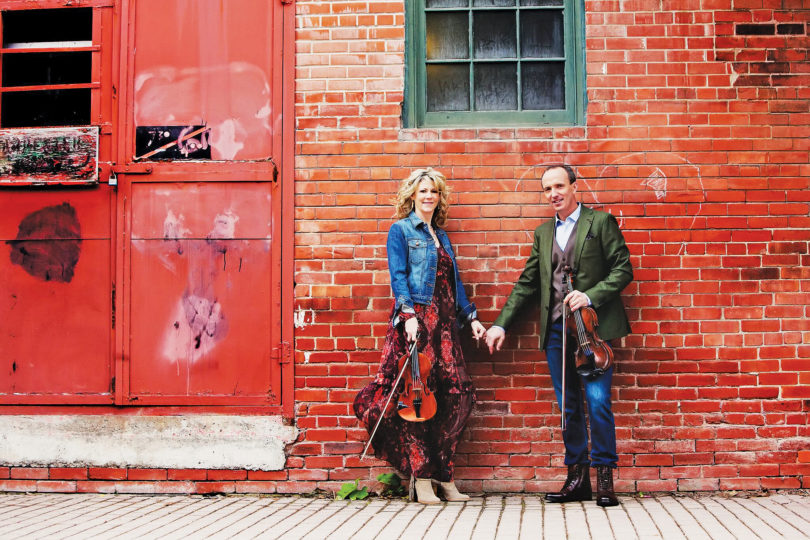 Natalie MacMaster and Donnell Leahy have numerous music awards under their belt.

Award-winning Celtic fiddlers Natalie MacMaster and Donnell Leahy are returning to Athens March 5 for an 8 p.m. concert at the UGA Performing Arts Center. The popular husband-and-wife duo will be joined by their band and other talented family members for a rousing program they’re calling “Visions of Cape Breton and Beyond.”

Hailing from Cape Breton Island, MacMaster received her first fiddle at the age of 9, launching a career that has lasted more than 30 years. Leahy was inspired by a fiddle-playing father from Ontario and a step-dancing mother from Cape Breton. When MacMaster and Leahy married in 2002, the proverbial mantelpiece was instantly crammed with Juno (Canada’s Grammy) and East Coast Music Awards.

Their first recorded collaboration, 2015’s album “One,” was followed by 2016’s “A Celtic Family Christmas” and confirmed that MacMaster and Leahy were as dynamic working together as they were working apart. Their combined album sales exceed 1 million, and their past collaborators have included classical cellist Yo-Yo Ma, bluegrass star Alison Krauss and banjo ace Béla Fleck.

Tickets for the Natalie MacMaster and Donnell Leahy concert are $39 to $46 and can be purchased at the Performing Arts Center box office, online at pac.uga.edu or by calling 706-542-4400. UGA students can purchase tickets for $6 with a valid UGA ID, limit one ticket per student.

The performance underwriters are Jim and Carol Warnes. The media sponsor is WUGA 91.7/94.5 FM.