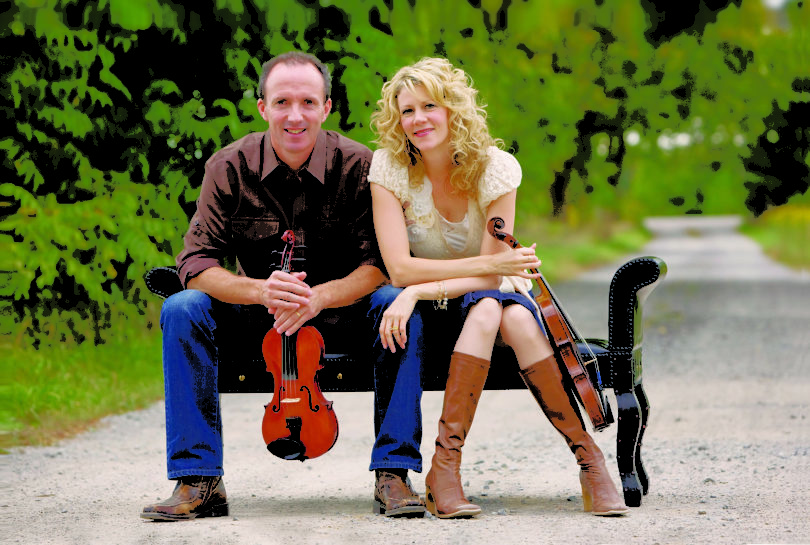 Athens, Ga. – The University of Georgia Performing Arts Center will present Celtic fiddlers Natalie MacMaster and Donnell Leahy March 5 at 8 p.m. in Hodgson Concert Hall. The husband and wife duo will be joined by other members of their musical family for a new show entitled “Visions from Cape Breton and Beyond.”

Since marrying in 2002, MacMaster and Leahy have performed for audiences all over North America. MacMaster hails from Cape Breton, Nova Scotia, and received her first fiddle when she was 9 years old. She released her first recording when she was only 16 and has gone on to win multiple Juno Awards, Canada’s version of the Grammy.

Leahy began playing at the age of 3, learning music from his parents, a fiddle-playing father from Ontario and a step-dancing mother from Cape Breton. In addition to performing with his wife, he is also the founder and front man of Leahy, the band he has led for over 15 years.

“Visions from Cape Breton and Beyond” will incorporate music from MacMaster and Leahy’s new release, “One,” which is the first CD the couple has recorded together since they were married. The concert will feature high-energy dance tunes like “St. Nick’s Jig” and will showcase the musical talents of the couple’s six children.

Patrons are invited to “Make It an Evening” at the Georgia Museum of Art (located next to the Performing Arts Center) for dessert, coffee and gallery tours beginning at 6 p.m.

The performance underwriters are Phil and Madeline Van Dyck.