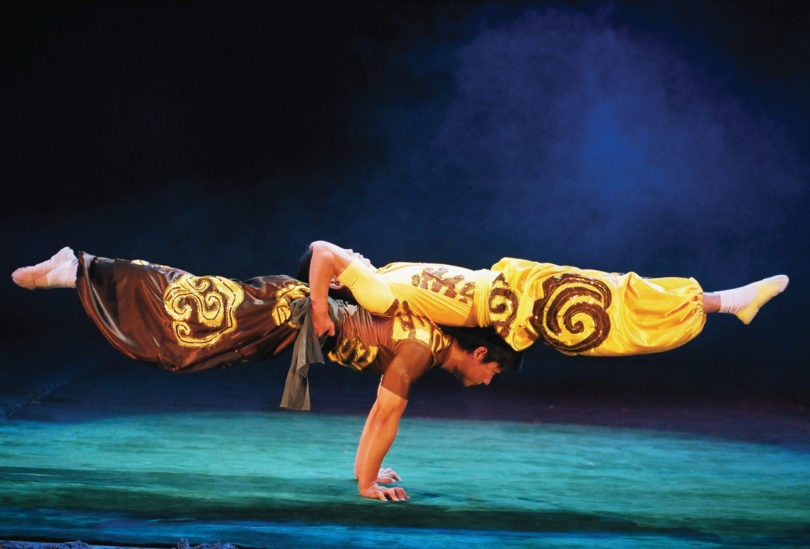 UGA Presents is bringing the Chinese Acrobats of Hebei to Athens for two shows this month. The acrobats will perform in the Fine Arts Theatre at 7:30 p.m. on Jan. 25 and 2 p.m. on Jan. 26.

Acclaimed the world over, the Chinese Acrobats are from the Provence of Hebei, which has been considered the home of acrobatics for more than 2000 years. Ancient texts document considerable activity during the Han Dynasty (221 B.C. to A.D. 220).

During these ancient times, the farmers in the fields would gather during an evening for entertainment, and they would use anything available for props to perform acrobatics. These props would be part of their everyday lives such as chairs for chair stacking, kitchen plates for plate spinning and jars for jar balancing.

The Chinese acrobats of today are taught by their parents from childhood and their shows have become full-fledged stage productions featuring a music soundtrack, colorful props and elaborate costumes. The Chinese Acrobats of Hebei began touring throughout the United States and Canada in 2006.

Tickets for the family-friendly show start at $25 and can be purchased at the Performing Arts Center box office, online at pac.uga.edu or by calling 706-542-4400. A limited number of discounted tickets are available to current UGA students for $6 to $10 with a valid UGA ID (limit one ticket per student).

The performance is sponsored by Carlton Bain.

The Fine Arts Theatre is located at 255 Baldwin St. on the UGA campus in Athens.