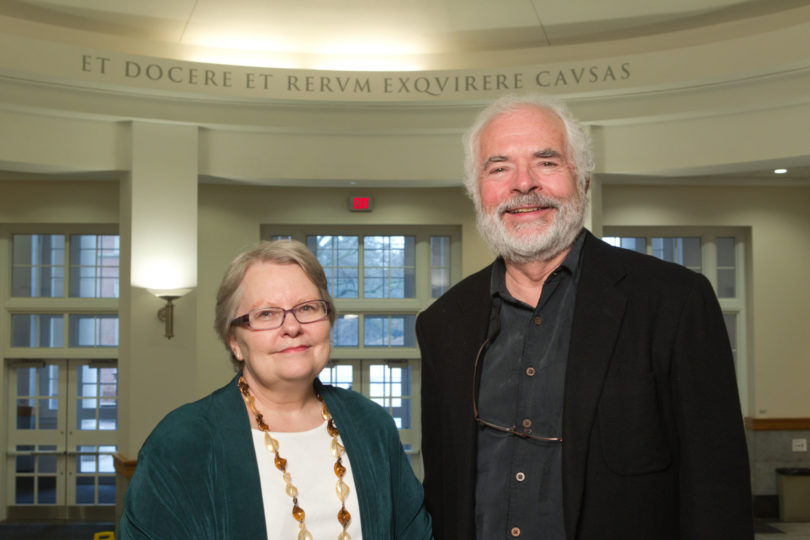 Latin program is largest in U.S., more than 450 students study the language at UGA

Those who read Latin know what it means: “Nothing new under the sun.” When it comes to teaching Latin, however, UGA has something quite new to talk about: It has the largest program of any two- or four-year college or university in the U.S.

In a just- published survey of more than 2,500 college and university Latin programs, the Modern Language Association reported that for fall semester 2009, UGA had some 417 undergraduates taking Latin courses, along with 42 graduate students. That, in comparison, is nearly twice as many as the University of North Carolina at Chapel Hill.

“We have long had one of the biggest classics departments in the country,” said Richard LaFleur, Franklin Professor of Classics, and coordinator of the Elementary Latin Program. “But this is the first MLA survey of languages other than English for U.S. institutions of higher education since 2006, and we believe our ranking points out again how important Latin and classical languages remain for a complete and well-rounded education.”

The survey found that “course enrollments in languages other than English reached a new high in 2009.” LaFleur, who was head of classics for more than two decades at UGA, is a “major national figure in the advancement of Latin study in college and high school curricula,” according to Naomi Norman, head of the UGA classics department. He is, in addition, a noted scholar with many books to his credit.

According to available figures, there were 702,000 students in Latin classes in U.S. secondary schools in 1962, but by 1976, that number had dropped 79 percent. After the plunge, however, Latin began a comeback, and at UGA, Latin has remained strong. This year, 62 undergraduates list Latin as a major or minor. Add in major/minors in Greek and classical culture, and there are 181 now involved with these programs at UGA.

“The reason we haven’t suffered a decline is the work that Rick [LaFleur] and others did in the lean years,” said Norman. “And what many people don’t realize is that our graduates go on to careers in many professional areas, including the Foreign Service and the National Security Agency, as well as law, education, medicine and so many other fields.”

UGA’s motto-“Et docere et rerum exquirere causas” (most often translated as “To teach and to inquire into the nature of things”)-is still familiar to students and was carved into a frieze in the third-floor rotunda of the Miller Learning Center.

“In addition to having one of the largest classics faculties in the U.S., it is also one of the strongest and most diverse,” said LaFleur. “And interest in the department as a major has only grown over the years. We’re also proud of the service aspect of the department, since we are very much involved with K-12 programs throughout the state.”

UGA’s total enrollment in Latin classes in fact dwarfs most notable U.S. universities. Its 459 total Latin students in 2009
compared to 148 at Harvard and 136 at Yale, for example. Still, overall enrollments in college and university Latin classes have nowhere near the enrollments of such languages as Spanish, French and Italian.

“A hundred years from now, when students come into the Learning Center, they will still see UGA’s motto-and it will still be in Latin,” said LaFleur. “That will continue to say a great deal about where we came from-and where we are going.”