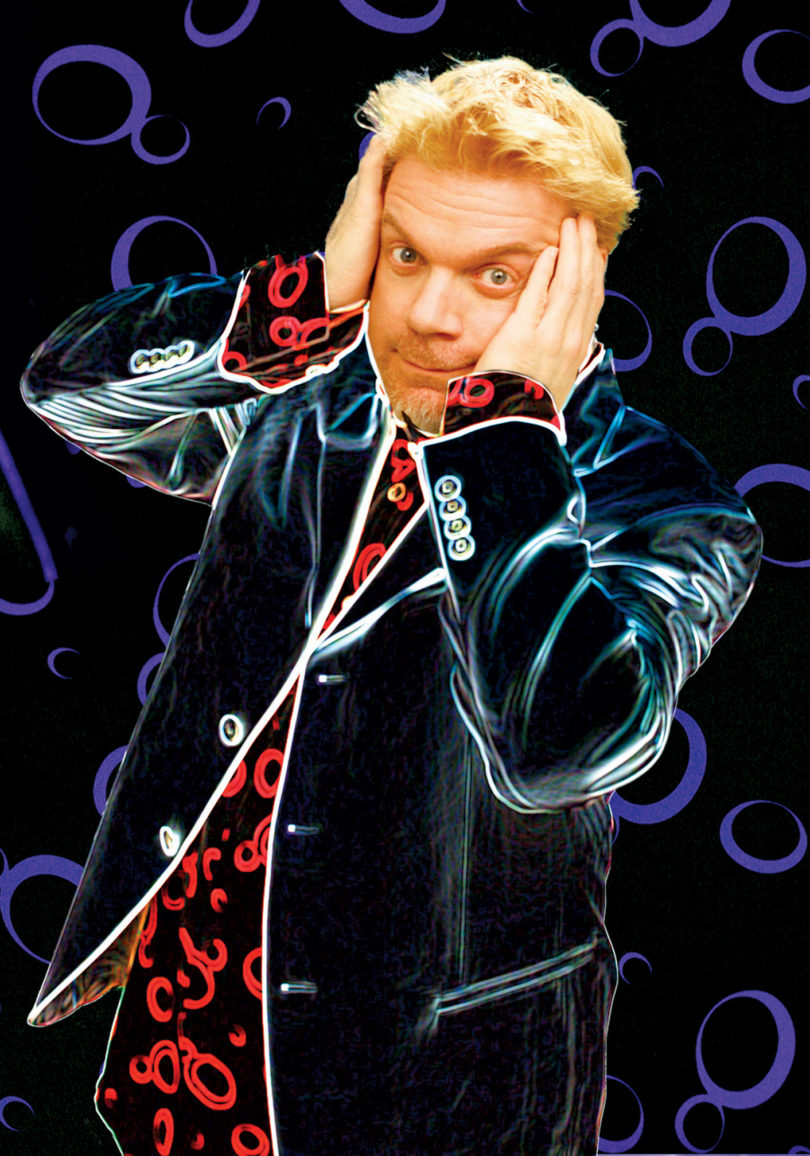 Comic-magician Chipper Lowell has shows Oct. 16 and 17 on campus.

Award-winning comedy magician Chipper Lowell will give two shows in Ramsey Concert Hall of the Performing Arts Center Oct. 16 and 17 at 8 p.m. Tickets to “The Chipper Experience: Where Comedy and Magic Collide” are $39 with discounts for UGA students and groups.

Lowell has twice been named Comedy Magician of the Year by the International Magicians Society.  He is known for bizarre feats of magic, razor-sharp ad libs and original stand-up.

Lowell was born and raised on traveling circuses and large-scale arena shows with his show business parents. His father was a professional clown with Ringling Bros. and Barnum & Bailey Circus, and his mother performed as an aerialist working high above the crowds. At 17, Lowell branched out on his own and started performing original material, often poking fun at his unusual upbringing and the variety of vaudeville and visual skills that surrounded him.

For his Athens shows, Lowell will be joined by guest magician Jade, whose style of magic blends the beauty, grace and exotic allure from her Chinese culture on the Indonesian island of Sumatra.

Tickets are available online at pac.uga.edu or by calling the Performing Arts Center box office at 706-542-4400.