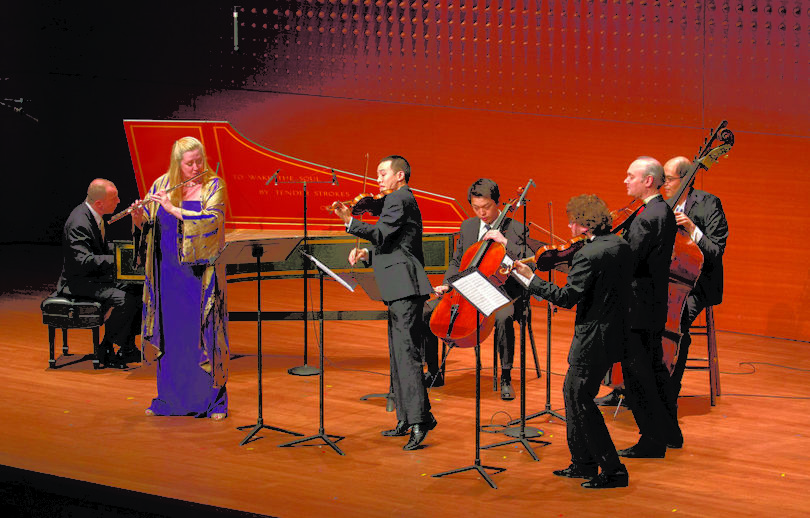 All six of Bach’s Brandenburg Concertos will be performed during the Chamber Music Society of Lincoln Center’s Dec. 13 concert at the Performing Arts Center.

In 1721, Bach sent a beautiful presentation manuscript to the Margrave Christian Ludwig of Brandenburg with six concertos representing a variety of different approaches to the concerto idea. Nicknamed the “Brandenburg” Concertos, the compositions are now regarded as masterworks of classical music but are rarely performed together.

The Chamber Music Society of Lincoln
Center, the nation’s premier repertory company for chamber music, offers a rare opportunity to hear all six Brandenburg Concertos on one program. The concert begins at 8 p.m. in Hodgson Concert Hall in the Performing Arts Center.

Tickets are $30 to $76 and can be purchased at the Performing Arts Center box office, online at pac.uga.edu or by calling 706-542-4400. UGA students can purchase tickets for $6 with a valid UGA ID, limit one ticket per student.

The concert will be recorded for broadcast on American Public Media’s Performance Today, the most popular classical music program in the country.

A pre-concert lecture will be given by Patrick Castillo from the Chamber Music Society of Lincoln Center. The lecture begins at 7:15 p.m. in Ramsey Concert Hall in the Performing Arts Center.