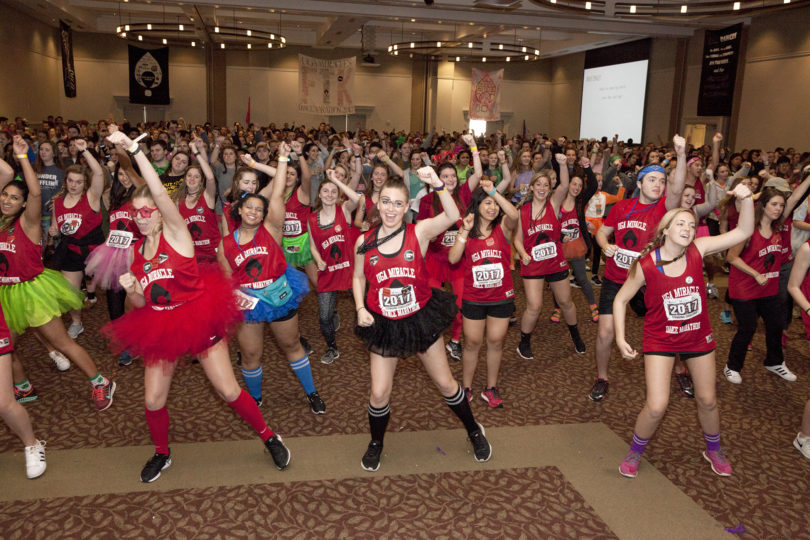 More than 2,500 registered participants and university students will unite with children who have been treated at Children’s Healthcare of Atlanta for a full day of dancing and entertainment. The theme this year is “Miracles Beyond Measure” in celebration of the “Miracle Children” and their fight against illness and injury. Up to 60 Miracle families are expected to attend.

Last year’s participants raised $1,352,705.17—the second year the group has broken the million-dollar mark in fundraising.

This year, several challenges have raised money for the overall cause. The most successful fundraiser this year was $100 Dollar Day in November—which raised $352,705, surpassing last year’s $265,000.

The group isn’t announcing an overall fundraising goal this year and instead refocusing on experiences and the relationship with Children’s Healthcare of Atlanta and the Miracle families.

“My involvement with UGA Miracle started as a way to honor my older brother, Carter, who was diagnosed with brain cancer and treated at Children’s Healthcare of Atlanta. After being sick for a little under a year he passed away,” Haines said. “[Being involved] also helped me along my grieving process and opened the door for something I truly had a heart for.”

The event pairs the Miracle families with groups of UGA students. 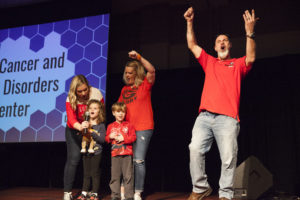 The Greene family shares the story of their daughter Peyton’s medical treatment during the UGA Miracle Dance Marathon fundraiser for Children’s Healthcare of Atlanta.

His first year, Haines was paired with Peyton Greene, a Miracle child, and her family. Greene, who is now in remission, was diagnosed with leukemia. “I met her as a 4-year-old and she was just so full of energy and life. She is a huge part of my Miracle story.”

For Davis, it’s all about connections. “There is never a day where I do not feel connected to this cause and this organization. It is really the people I have come in contact with that made me fall in love with everything about UGA Miracle. I am certain that this organization hosts the most passionate, hardworking, impressive, and loving people on this campus. I spend my time in UGA Miracle doing my very best for them.”

Activities for the children and their families include arts and crafts, sharing of personal stories, participating in a scavenger hunt and tons of dancing.

The event also features a “Standing Challenge,” where participants do not sit for the entirety of the event to honor the many children who cannot stand and may never be able to stand again.

More information about UGA Miracle and details about the Dance Marathon are online.