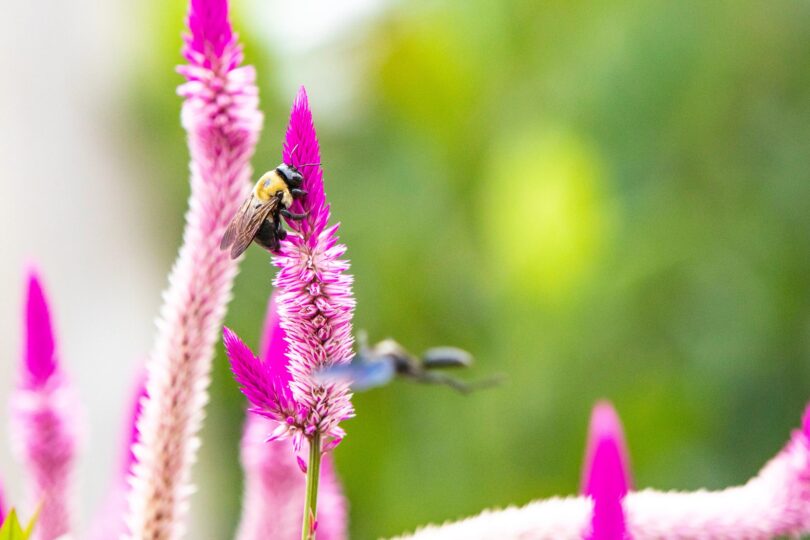 A bee on a flower in the Trial Gardens at the University of Georgia. (UGA file photo)

New research from the University of Georgia revealed that mixed land use – such as developments interspersed with forest patches – improves bee diversity and is leading to new solutions for bee conservation.

The researchers hypothesized that development would negatively affect bee diversity, but the results of the study were surprising. They found that small amounts of development actually had a positive impact on the number of bee species present in a given area.

One of our key findings, I think, was just how many bees there were.” —Kris Braman

The team from UGA’s College of Agricultural and Environmental Sciences included Amy Janvier, Kris Braman, Clayton Traylor and Miriam Edelkind-Vealey. The results of their work were published earlier this year in the Journal of Insect Conservation.

For their study, researchers sampled bees on a variety of properties around Athens, Georgia, and classified the percentage of development, agricultural fields and forests in the surrounding landscape. This allowed the team to link landscape factors with the diversity of bees observed on each property. 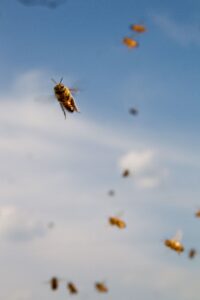 The researchers found 111 species during their study. Braman, principal investigator and head of the Department of Entomology at CAES, said she’s happy to see the immense bee diversity hosted by Athens.

“One of our key findings, I think, was just how many bees there were,” said Braman. “The number of species we found represents about 20% of the bee species that are known in Georgia. If you think about all the different habitats where you can find bees — in more natural or wild settings, orchards and all sorts of habitats — for us to get that many species was very gratifying.”

Braman explained this shows the enriching effect of more blended landscapes with multiple land-cover types. Having only forest cover limits bee diversity to forest-dwelling species. But forest patches in combination with other land-use types preserves forest-dwelling species and hosts other bee species that prefer open spaces. Braman said that some species — like the Morrison’s miner bee (Andrena morrisonella) — must prefer the more open habitats provided by developed areas. 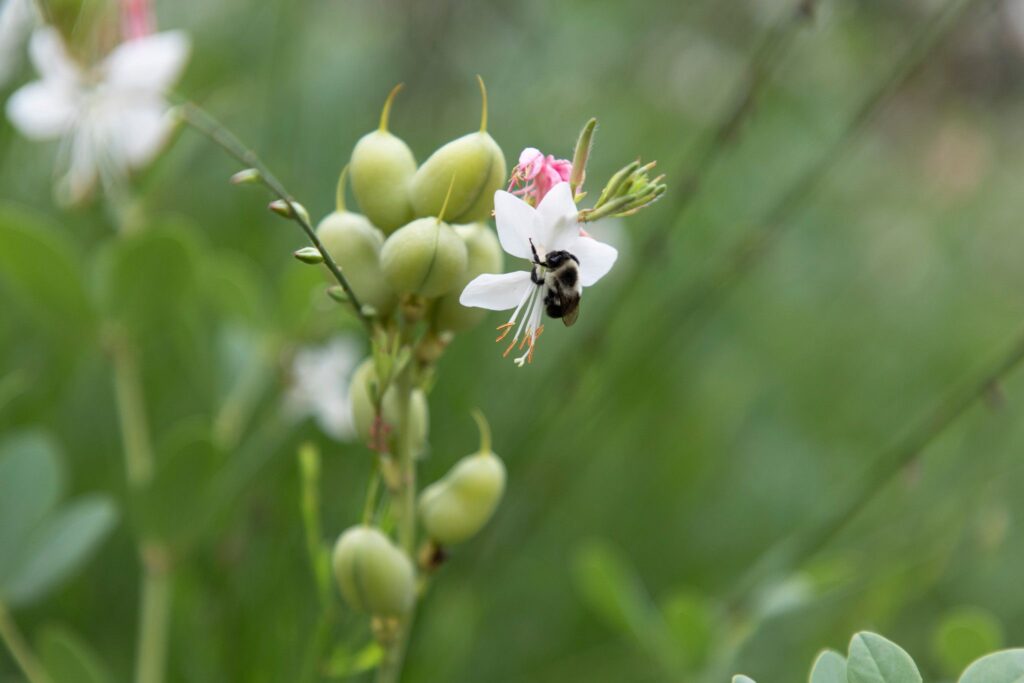 Braman noted that the findings may be a helpful framework for future research to assist in bee conservation.

“I think this work serves as a groundwork for future discovery that can help us understand what we need to plant more of for bee conservation,” said Braman. “Entities like UGA’s State Botanical Garden of Georgia have plant-conservation initiatives and they’re very interested in what they can do for wildlife, including bees, so we can use this research to look at that more in the future.”

Braman said the primary author of the paper, Janvier, a second-year master’s student in the Department of Entomology, passed away in 2020 during the data-collection phase of the study. Braman and the other authors chose to honor their colleague by publishing the completed study with Janvier listed as first author.