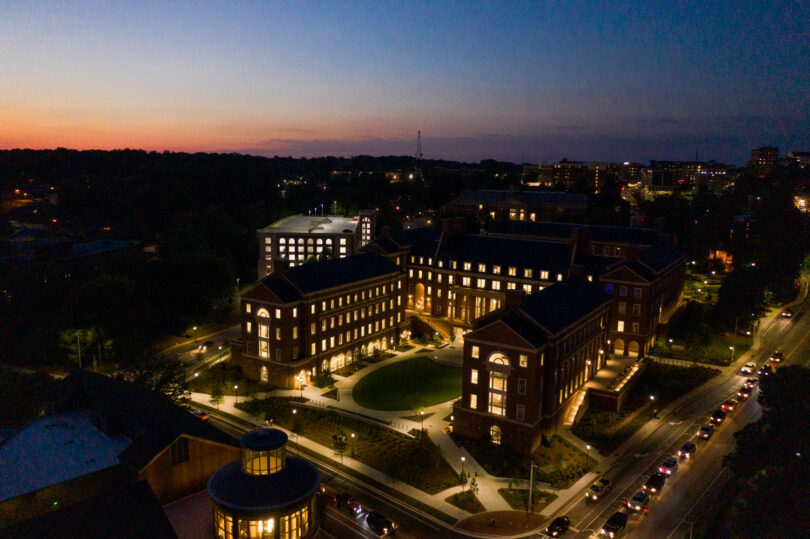 UGA’s world-class learning environment begins with its outstanding faculty and staff and is further elevated by its physical and virtual facilities. These labs, lecture halls, gathering spaces, training areas, and remote learning tools are housed within more than 1,800 buildings across the state and world.

Thanks to the generous support of the governor and General Assembly, University System Chancellor and Board of Regents, and the UGA community, the university has made huge strides in enhancing its learning environment since the Commit to Georgia Campaign began. Nearly two dozen new, campaign-funded buildings have opened since 2012, creating more than 900,000 square feet of new space supported by private giving.

New and renovated facilities house important educational offerings on campus while experiential learning extends those lessons into hands-on opportunities to learn, grow, and help solve society’s great challenges. To prepare society’s future leaders, a high-caliber and experience-filled environment is key. As students utilize new and upgraded facilities, they recognize and appreciate the impact it is having on their education.

For Aman Bhimani BBA ’18, BBA ’18 the new Business Learning Community’s Benn Capital Markets Lab—complete with a NASDAQ ticker—assured him that the Terry College of Business was preparing him to launch a successful career. The Decatur native was majoring in finance and management information systems when these facilities were completed. Today, Bhimani is an investment banking analyst with Citi in New York City. 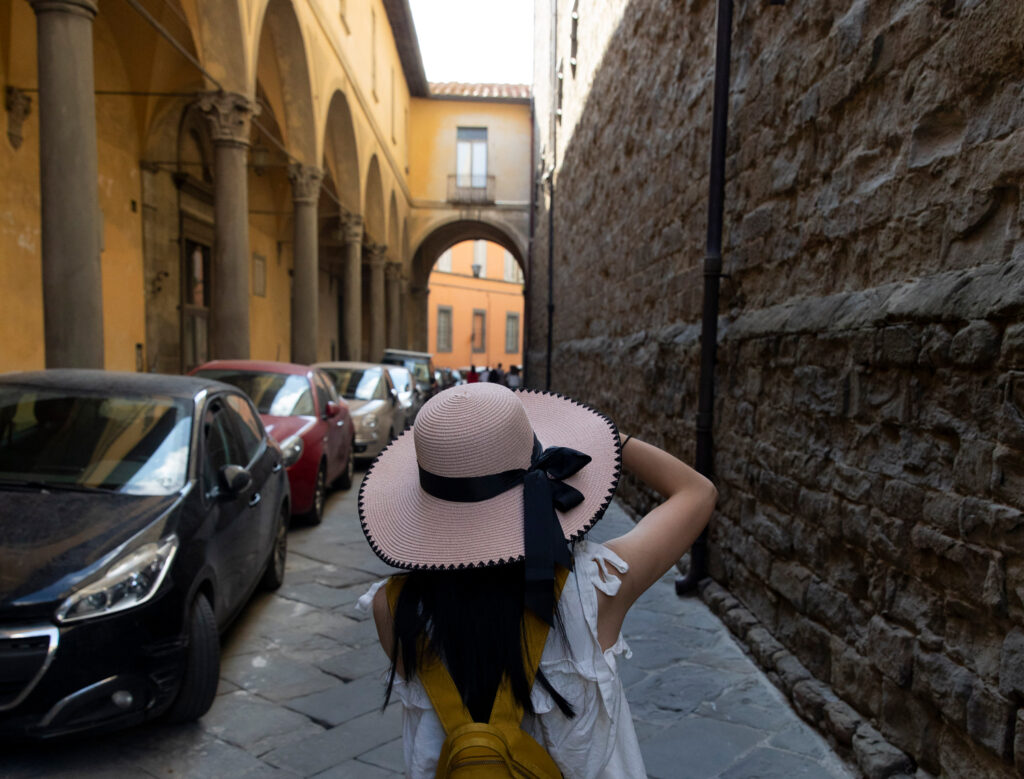 UGA’s experiential learning opportunities include presenting at a research symposium in Boston, interning with a major entertainment company in Los Angeles, or studying art or photography in Cortona, Italy. (Photo by Andrew Davis Tucker/UGA)

Students’ on-campus classroom and lab experiences are combined with opportunities to expand their horizons and obtain hands-on experiences to attract future employers. In 2016, UGA became the largest university at the time to require participation in experiential learning opportunities as a prerequisite to graduate. Today, more than 2,256 offerings are available, and students completed 37,350 approved activities between Summer 2019 and Spring 2020.

While many of these opportunities take place on campus through research projects, internships, and more than 250 service-learning courses in UGA’s schools and colleges, there are unique benefits to experiences that send students beyond the Arch. But these experiences can come with a price tag and may be out of reach for students without the means to pay for travel or lodging, or for those who hold jobs to support their families.

Thanks to the collective efforts of the UGA community through the Commit to Georgia Campaign, more than 72 new funds (a total of $14.9 million) are supporting research, service-learning, internships, and study abroad. This funding allows more students to pursue experiential learning opportunities that might otherwise be unattainable—whether that’s studying art history or photography in Italy, presenting at a research symposium in Boston, or interning with a major entertainment company in Los Angeles. These important experiences lay the groundwork for successful careers.

Maddie Dill AB ’18, AB ’18, AB ’18 is a business analyst with the global management consulting firm McKinsey & Company in Atlanta. As a student, she conducted research on campus, interned in Washington, D.C., and was a leader of several student-run organizations. Dill studied in seven countries and interned with South Africa’s Department of Education. For Dill, studying abroad opened her eyes and guided her toward a career in international policy.

“Students in South Africa have low graduation and low college matriculation rates because most students don’t have the English language skills to continue,” Dill says. “I worked on policy recommendations for multilingual education, and I got to go into South African schools and analyze national testing data. I realized that the individuals with the most influence on people’s lives are the people who make the policies that politicians work to enact.”

Extracurricular activities have always been an essential part of the UGA student experience. Whether it’s athletics (both as competitors and fans) or student organizations, these experiences introduce students to new views and help them develop soft skills that will serve them long after graduation.

“Getting to travel and be involved in the UGA and Athens communities—those are experiences that can’t be replicated anywhere else,” Dill says. “And these experiences were possible because of the scholarships I received. UGA is working hard to make sure that any student who wants to study abroad or intern can do that.”

During the Commit to Georgia Campaign, 9,988 donors gave to more than 174 funds in the Division of Student Affairs, which enhance extracurricular offerings on campus—from hands-on radio experience with WUOG-FM, to programming for student veterans, to developing leadership skills through the Department of Engagement, Leadership, and Service.

The Commit to Georgia Campaign also raised more than $433 million for the UGA Athletic Association. Those funds improve the student experience for the more than 1,400 student athletes who have been on campus since the campaign began and also elevate athletics events for Bulldog fans everywhere.

Thanks to the Commit to Georgia Campaign, UGA has one of the best learning environments in the nation. But to stay at the forefront in a rapidly evolving world, the university is committed to strategic investments in facilities and learning opportunities that will prepare students to become tomorrow’s leaders.

UGA prides itself on giving students cutting-edge learning spaces and experiential learning opportunities to encourage their ambitions and empower them to aim even higher. Commit to GeorgiaCampaign donors enhanced UGA’s learning environment to help prepare students to be the next generation of innovators, thought leaders, and change-makers.

In December 2019, WarnerMedia, an entertainment and media conglomerate that merged with Turner Broadcasting in 1996, made a gift toward naming a UGA Special Collections Building exhibit hall for CNN founder, environmentalist, and longtime Atlantan Ted Turner. That gift also established the Ted Turner Scholarship Fund as part of the Georgia Commitment Scholarship program. 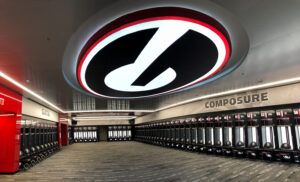 During the campaign, the UGA Athletic Association completed many facilities projects made possible by donors. Enhancements to the west end zone significantly upgraded Sanford Stadium (right), and the William Porter Payne and Porter Otis Payne Indoor Athletic Facility is a boon for many of UGA’s athletic programs. The construction of the Equestrian Center and the renovations to Foley Field, the Boyd Golf Clubhouse, and the Turner Soccer Complex have all improved their respective programs. And, to date, more than $56 million has been raised for the ongoing construction of the Butts-Mehre Expansion and Renovation project.

The museum received 110 contemporary works of art from the personal collection of John MBA ’83 and Sara Shlesinger in March 2020. The artwork spans a variety of mediums and artists. The Shlesingers’ transformative gift signals a new and exciting initiative at the museum, one that becomes increasingly important as the century advances.

The Business Learning Community has transformed Terry College by creating a vibrant learning environment that is second to none. Completed in 2019, the complex of six buildings—Correll Hall, Moore-Rooker Hall, Benson Hall, Amos Hall, Ivester Hall, and Sanford and Barbara Orkin Hall—is a remarkable testament to the $140 million public/private partnership that funded it. 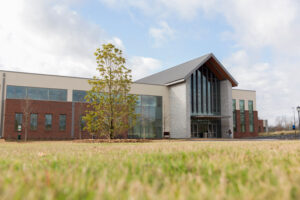 The five-building, $97 million Veterinary Medical Center (left), opened in 2015, would not have been possible without the support of UGA donors. One such donor, the late Cora Nunnally Miller, gave more than $13 million to the College of Veterinary Medicine, a gift the college honored by naming the center’s small animal teaching hospital for her. The project included $65 million in state funds, $30 million in private donations, and $2 million from other sources.

College of Environment and Design/University Libraries

The 2013 gift of 15.5 acres of the historic Wormsloe property in Savannah allowed for the creation of the Center for Research and Education at Wormsloe (CREW). CREW, which was first administered by the College of Environment and Design, supports UGA students and faculty studying environmental history. Now administered by University Libraries, more than a dozen units at UGA are engaged in research and education through CREW.

Former UGA President Charles B. Knapp and his wife, Lynne, established the Charles and Lynne Knapp Endowment for Music Performance to permanently support the Performing Arts Center—the construction of which he oversaw in his tenure as president—and its efforts to bring world-class artists to Athens.

College of Agricultural and Environmental Sciences

A gift from Atlanta businessman David Ratcliffe established the Jack Ratcliffe Ag Experiential Learning Fund in honor of his father. Four Ratcliffe Scholars are selected each year for the prestigious award, which allows students in the college to take advantage of experiential learning opportunities.

In 2019, UGA announced the creation of a Master of Fine Arts in Film, Television, and Digital Media program in partnership with Pinewood Forest and the Georgia Film Academy. The first of its kind in Georgia, students take classes in an academic setting during the first year and then produce projects in a major studio setting during the second year. This interdisciplinary program will have a lasting impact on one of the state’s leading industries.

The Honors Program received multiple endowed gifts that will provide lasting support to cross-cultural study, work, and service through the Honors International Scholars Program, and to hands-on undergraduate research work through the Center for Undergraduate Research Opportunities.