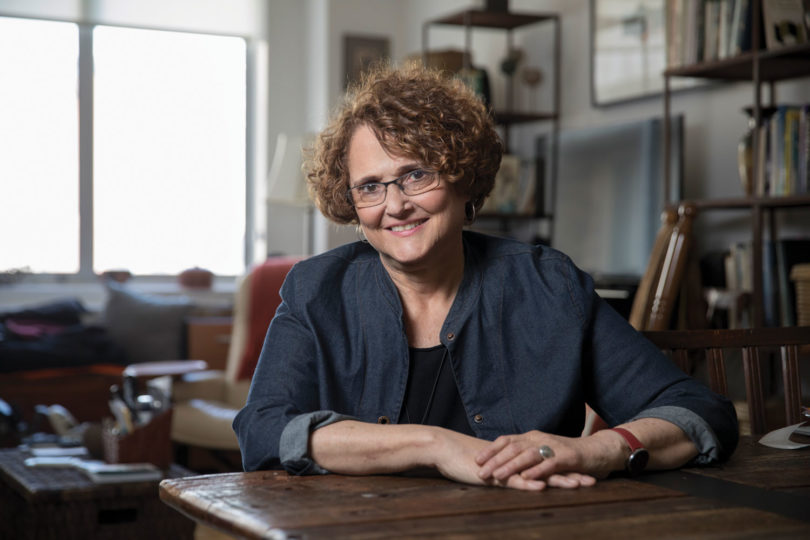 Felice Kaufmann PhD '79 has devoted her career to telling the complicated stories of the Presidential Scholars--high school students from around the country who, in the 1970s, President Jimmy Carter called "the leaders of the next century." (Photo by Peter Frey/UGA)

The Presidential Scholars program, which honors distinguished high school seniors from across the country, debuted a new award that evening to recognize non-alumni who have supported the program in outstanding ways: the Felice Kaufmann Award.

And its first recipient was … Felice Kaufmann.

“Oh my gosh, it was such an honor, but it was like attending your own funeral!” says Kaufmann PhD ’79, displaying the sense of humor she sprinkles liberally into conversation.

Kaufmann is one of the first contemporary researchers—although she prefers the term “storyteller”—to longitudinally study gifted children. For more than 40 years, Kaufmann has followed the Presidential Scholars, writing about the ups and downs of their lives and careers.

When she entered the master’s program at Columbia Teachers College in New York, Kaufmann intended to study child development. When the time came to register for classes, the line for child development was really long. A different line across the way was much shorter. Kaufmann decided to stand in that one—for the class “Nature and Needs of the Gifted”—and her career was born.

Kaufmann first encountered the Presidential Scholars in the late 1970s while she was a doctoral student at UGA. She was a chaperone during a Scholars trip to Washington, D.C., which culminated with an address from President Jimmy Carter. He told the students that they “would be the leaders of the next century.”

“What does that do to a 17-year-old who hears that?” Kaufmann says. “At that moment, I decided that this is something I wanted to study someday. I never imagined that it would be longitudinal. It’s the only thing I’ve studied my entire career.”

Kaufmann focused on the 604 Presidential Scholars who made up the first five years of the program, 1964-68. With boundless pre-internet energy and copious shoe-leather sleuthing, Kaufmann found 522 of them and 325 participated in the study. Today, some four decades later, Kaufmann is still in touch with 197 of those Scholars. “I feel maternal toward all of them, even though they are all my age. I watched them grow up.”

Over the years in tandem with several university teaching jobs, Kaufmann published articles on the scholars. She’s long been an in-demand speaker on the subject of gifted education, and whenever she gave an address in the proximity of one of her subjects, they met up.

Kaufmann is semi-retired now and living on Manhattan’s Upper West Side. She still takes the occasional speaking gig, such as a visit to UGA in 2015 to honor the 100th birthday of legendary American psychologist E. Paul Torrance, her mentor during her doctoral days.

“I still have the paper questionnaires these people had their hands on, and I just can’t bear to give them up,” Kaufmann says. “I might still have one more study in me.”