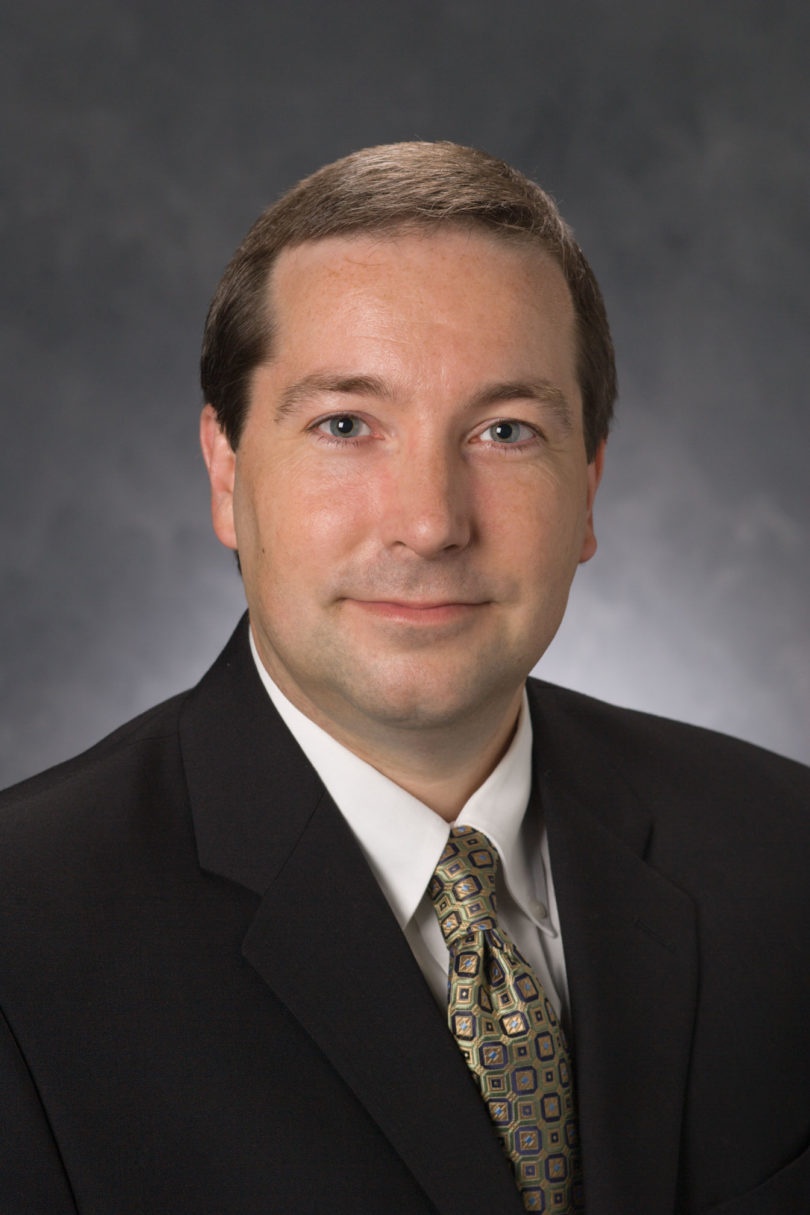 The university’s Office of Finance and Administration, which includes nearly 1,600 employees in seven divisions, restructured its management functions in several of those divisions on July 1. Three of the four actions taken to fill key vacancies were promotions for current finance and administration staff, while the fourth welcomed a new face to campus.

“These four positions are positive developments for our management team,” said Tim Burgess, senior vice president for finance and administration. “They make good use of existing resources and personnel, offer opportunities for promotion from within, and greatly enhance our capabilities to serve the campus. All of the individuals selected are highly qualified to assume these new roles, and I look forward to maximizing the strengths they will bring and the contributions they will make to the university.”

The first two actions occurred in the budget division. Ken McCollum, who for the last four and a half years has served as assistant budget director, was promoted to senior director. In this new position, McCollum’s responsibilities have been expanded to include all issues pertaining to UGA’s annual operating budget as well as the day-to-day management of the budget office, departmental financial systems and the information technology support that the budget division provides to campus.

As a complement to McCollum’s promotion, Sean Rogers, assistant director for finance and capital planning in the Office of the University Architects for Facilities Planning for the last four years, was promoted to director of capital budgeting. In this role, Rogers will coordinate with the Physical Plant, the University Architects Office, Environmental Safety, the UGA Real Estate Foundation, the Office of the Vice President for Research and other UGA units about the allocation and management of all funds and resources that are directed toward capital needs. This move will enable UGA to assume a more “global approach to capital planning and budgeting with well-coordinated capital efforts and ultimate flexibility in project management,” Burgess said.

The third change came in the controller’s division. Chad Cleveland, director of accounting services since 2000, was promoted to associate controller. In this role, Cleveland is responsible for the university’s financial accounting and reporting functions, including oversight of three departments: accounting, property control, and contracts and grants.

The fourth position, assistant vice president for Physical Plant, replaces the former executive director position held by Chip Semerjian, who retired December 2006 after 35 years at UGA. Tom Satterly reports directly to Associate Vice President Ralph Johnson and will be responsible for developing, managing and coordinating all management and operations of the university’s facilities, grounds and campus infrastructure.