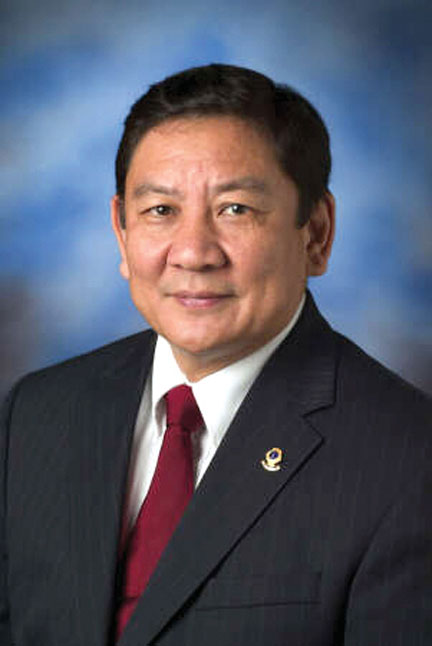 Five College of Agricultural and Environmental Sciences faculty members were awarded the highest honor the college bestows on Oct. 5 at the annual D.W. Brooks Lecture and Faculty Awards for Excellence.

The program honors Gold Kist Inc. founder D.W. Brooks. A CAES alumnus, Brooks advised seven U.S. presidents on agriculture and trade issues. He was the youngest professor at UGA (he started teaching agronomy when he was 19) and one of the oldest, still lecturing into his late 90s.

“This college is both a local and national powerhouse,” said Scott Angle, CAES dean and director. “While a team effort, it is ultimately the quality of our faculty and staff that make this college great. Our D.W. Brooks winners represent the best of the college, and we could not be more proud of their accomplishments.”

Misztal, an animal and dairy scientist and professor, is best known for research on computing algorithms in animal breeding. His methodologies are used for research and genetic evaluation by numerous organizations. Misztal has conducted research across animal species, and his work is sponsored by major dairy, beef and pig organizations.

Pringle, also an animal and dairy science professor, serves as co-undergraduate coordinator for his department. He began teaching in 1995 and has instructed more than 1,700 students. He coordinates the departmental internship program and advises graduate students and about 100 undergraduates each semester.

Milam, an extension agent in Washington County, has planned and conducted issue-driven programs in family and consumer sciences for the past 11 years. Her educational programs are often the only training on chronic disease and nutrition, parenting, food safety, child care training and financial management the residents in the rural counties receive. She has reached nearly 600 clients through a five-hour diabetes education and management program.

In 2009, she presented her programming efforts in diabetes at the Fifth Annual Health and Obesity Conference in the United Kingdom. She has written or co-written grants and proposals that have generated more than $800,000 in funding. She is also responsible for saving her clients more than $327,000.

Huang is an internationally-known scholar in food safety, microbiology and new food product development. In 1982, his international activities began with his appointment to the UGA Marine Extension Service. He was the first scientist to use rapid processing technology to convert the cannonball jellyfish, a south Atlantic nuisance, into a value-added edible product. After joining CAES, he continued to provide assistance in seafood safety and processing technology to countries like China, Thailand, Argentina, Mexico and Egypt. He has served as major professor for many international students and visiting scholars, and helped establish partnerships between UGA and foreign institutions.