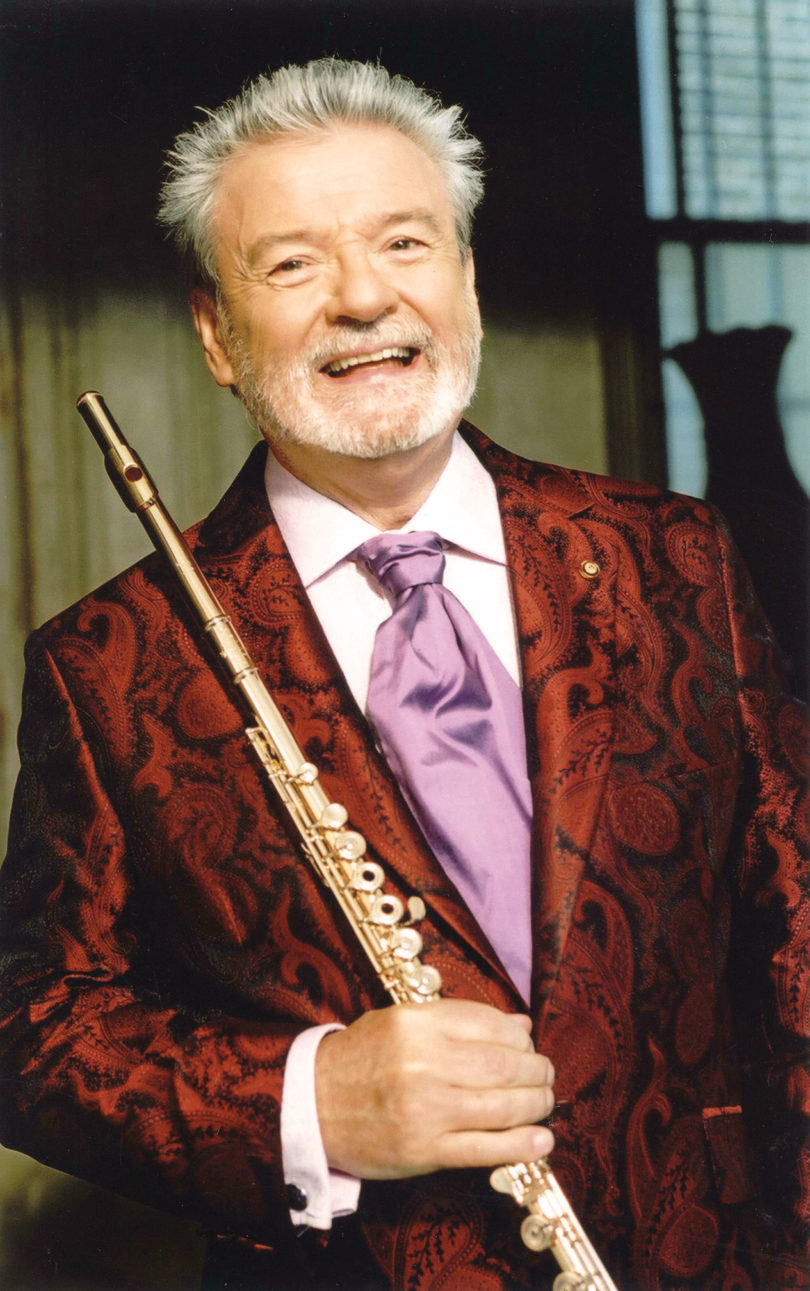 Flute virtuoso Sir James Galway will bring his Legacy Tour to Hodgson Concert Hall in the Performing Arts Center on March 7 at 8 p.m.

Galway will be joined by his wife, Lady Jeanne Galway, and the Galway Chamber Players for a concert that will include Mozart’s Flute Quartet in D Major, Debussy’s “Clair de Lune,” Georges Bizet’s “Carmen Fantasy” and Henry Mancini’s “Pennywhistle Jig” and “Baby Elephant Walk.”

A classical flute player, Galway has toured extensively, sold more than 30 million albums and appeared on television programs around the world. Born in Belfast in Northern Ireland, Galway studied in London and Paris and began his orchestral career with the Royal Philharmonic and London Symphony orchestras. Since embarking as a soloist in 1975, Galway has performed with the world’s leading orchestras and played for such dignitaries as Queen Elizabeth II; Pope John Paul II; Presidents Bill Clinton, George H.W. Bush and George W. Bush; the Empress of Japan; the queen of Norway; and former Israeli President Shimon Peres.

Galway has shared the stage with an array of entertainers including Stevie Wonder, Henry Mancini, John Denver, Elton John, the Chieftains, Ray Charles, Joni Mitchell, Jessye Norman, Cleo Laine and Andrea Bocelli. He performed with Pink Floyd in their concert at the Berlin Wall and was part of the Nobel Peace Concert in Norway. He also performed at the G7 Summit hosted by Queen Elizabeth II at Buckingham Palace.

Mary Helen Still, a graduate student in musicology in the Hugh Hodgson School of Music, will give a free pre-concert lecture at 7:15 p.m.

Galway’s concert will be recorded for broadcast on American Public Media’s Performance Today, heard by more than 1.3 million listeners across the country.

In conjunction with the performance, the Georgia Museum of Art will hold “Make It an Evening” from 6-8 p.m. with gallery tours before the concert. Jittery Joe’s coffee and desserts by Cecilia’s Cakes will be available for $5 per person. The “Make it an Evening” series continues March 26.