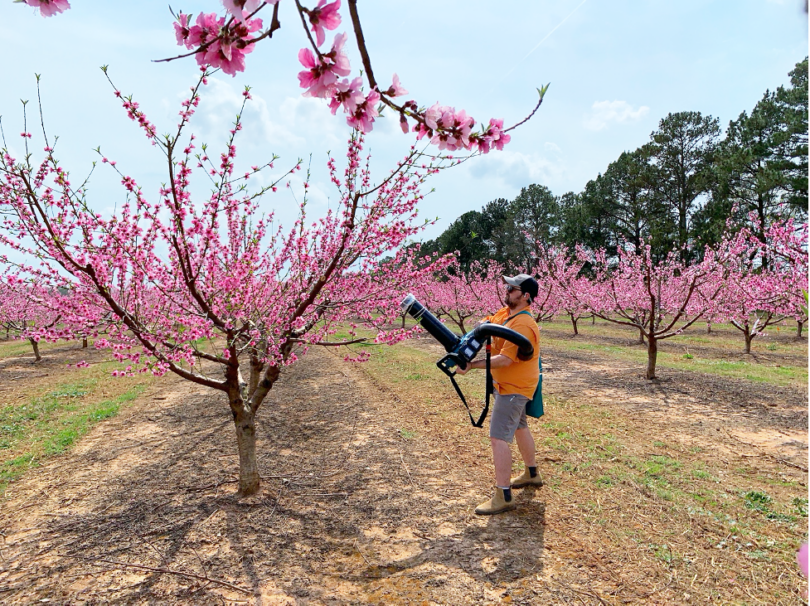 Georgia and South Carolina share a border, a passion for football and pride in their peaches.

With the University of Georgia and Clemson University campuses separated by a mere 70 miles, the Bulldogs and Tigers began fighting it out on the football field in 1897, with the teams set to meet for the 65th time on Sept. 4, 2021.

As pitched as the battle is on the football field, there’s an even deeper rivalry between the two states when it comes to their peaches. 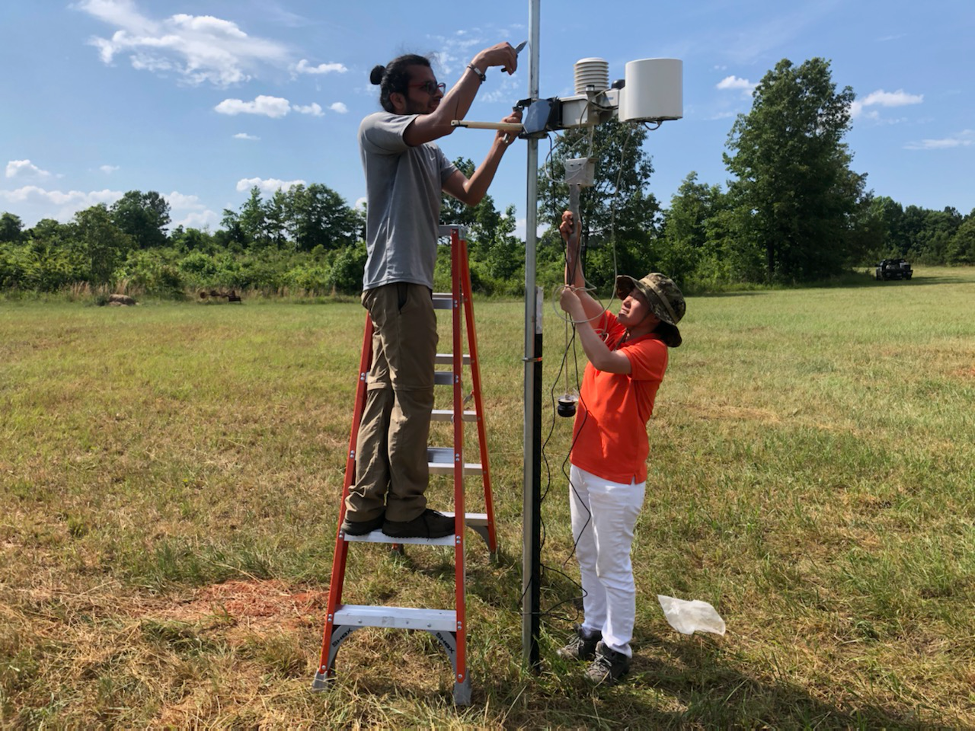 Georgia earned its designation as the Peach State in the late 19th century when the state began exporting peaches to northern states, and the Georgia Legislature made it official in 1995.

South Carolina produces more peaches than any other state in the country other than California.

Despite their football rivalry, UGA and Clemson researchers have worked together for many years to help peach producers overcome the challenges of growing the iconic and delicious fruit.

Similar growing conditions in the two states create an agricultural playing field where Clemson and UGA peach researchers plan and coordinate defense strategies against diseases, pests and climate variations. To help combat these culprits, the two universities created a joint appointment for a peach entomologist.

In 2016, Brett Blaauw joined the faculty as an assistant professor at both Clemson and UGA and as a member of both universities’ peach teams. His research focuses on integrating insect behavior and ecology to effectively and sustainably manage insect pests in Southeastern peach orchards.

“A lot of issues peach producers have in terms of insects span both states — and often the work we do in one state affects growers in both states,” Blaauw said. “In a lot of ways, it just makes sense to have someone in this split position.”

This season, Blaauw is collaborating with Clemson plant pathologist Guido Schnabel and horticulturist Juan Carlos Melgar to investigate how various mulching techniques can affect soil health and the subsequent impacts on tree health and insect pests. Blaauw and Schnabel also research how using horticultural oil to manage San Jose scale can be incorporated into the current disease management program for peaches.

“Many issues in peach production come from growing on the same soil over and over,” he said. “In a state where there is a long history of growing peaches, it is becoming harder and harder to grow peaches because of insect and disease issues attacking the fruit.”

Soils in which producers have been growing peaches for years can harbor bacteria, fungi and nematodes that can stress the trees. Blaauw and other researchers are looking for ways to mitigate this by adding different mulches to create healthier soils with the goal of “making healthier trees.” 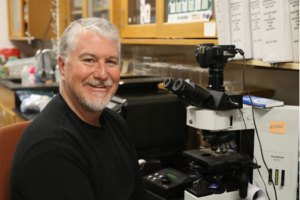 This research benefits peach growers throughout the Southeast, Blaauw added.

Researchers from the two universities are also collaborating in an effort to combat Xap, the bacterium that causes the bacterial spot disease. This study, funded by the U.S. Department of Agriculture (USDA) National Institute of Food and Agriculture (NIFA) and led by Clemson plant bacteriologist Hehe Wang, includes Schnabel and Jose Payero from Clemson and UGA Extension fruit disease specialist Phil Brannen, as well as researchers from other institutions. Together, they are working to determine how to effectively manage this disease and build a disease forecasting system for future growers.

“Annual losses of more than $20 million are estimated during years when the disease is heavy in South Carolina and Georgia,” Wang said. “This disease is difficult to control and once it makes its way to an orchard, it’s there for the life of that orchard. It’s a constant battle.”

When it comes to football, Brannen said he roots for UGA, and Blaauw, a Midwest native, cheers for Michigan State. But their work in peaches will sustain the friendly rivalry between peach growers in Georgia and South Carolina for many growing seasons to come.