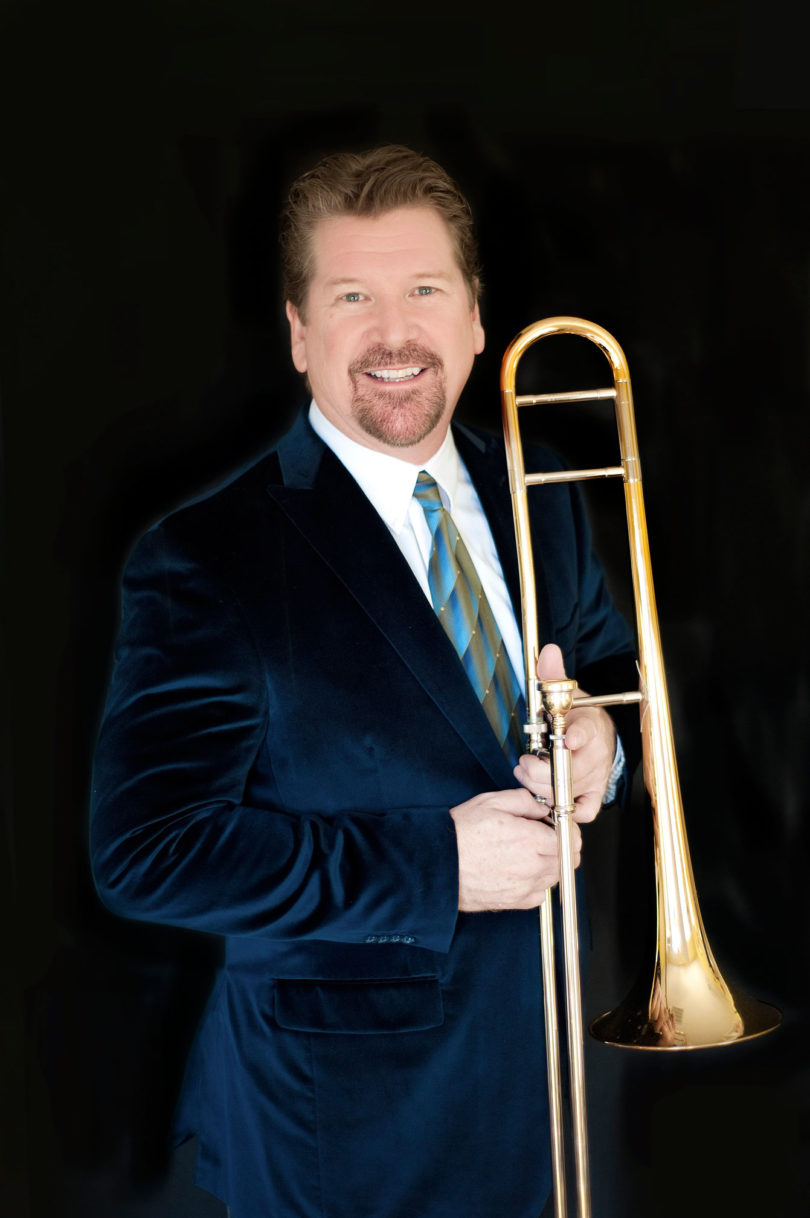 Gary Tole will lead the Glenn Miller Orchestra in an Oct. 11 performance in Hodgson Concert Hall. Tickets are $20-$39.

Big band music will fill the Performing Arts Center Oct. 11 at 8 p.m. when the Glenn Miller Orchestra plays a show in Hodgson Concert Hall. Tickets are $20-$39 with discounts for UGA students.

The Glenn Miller Orchestra is under the direction of trombonist Gary Tole, who leads the group in authentic performances from the glory days of the big band era.
Born in Clarinda, Iowa, in 1904, Miller formed his first band in 1937. The band never met with much success. Miller was forced to give his men their final notice on New Year’s Eve 1937.

Early the next year, Miller decided to emphasize his new reed section sound, hoping to create a unique and easily recognizable style that would set his band apart from all the rest. Formed in March 1938, the second Glenn Miller Orchestra soon began breaking attendance records up and down the East Coast. At the New York State Fair in Syracuse, the band attracted the largest dance crowd in the city’s history. The next night it topped Guy Lombardo’s all-time record at the Hershey Park Ballroom in Pennsylvania.

Record-breaking recordings soon followed. From 1938 to 1944, the Glenn Miller Orchestra produced a string of Billboard hits that included Pennsylvania 6-5000, Tuxedo Junction, In the Mood, Stardust, Chattanooga Choo Choo, (I’ve Got a Gal in) Kalamazoo, A String of Pearls and That Old Black Magic. By 1940, the Glenn Miller Orchestra had topped all other bands in Down Beat Magazine’s Sweet Band Poll.

On Oct. 7, 1942, Miller reported for induction into the Army and was assigned to the Army Specialist Corps. He ultimately organized the Glenn Miller Army Air Force Band. In less than a year, his band engaged in more than 800 performances, including 500 radio broadcasts heard by millions.

In December 1944 Miller flew to Paris to make advance arrangements for his band’s upcoming six-week tour of Europe. The transport plane carrying Miller disappeared, and the legendary bandleader was never seen again.

Tickets are available at www.uga.edu/pac or by calling the Performing Arts Center box office at 706-542-4400.