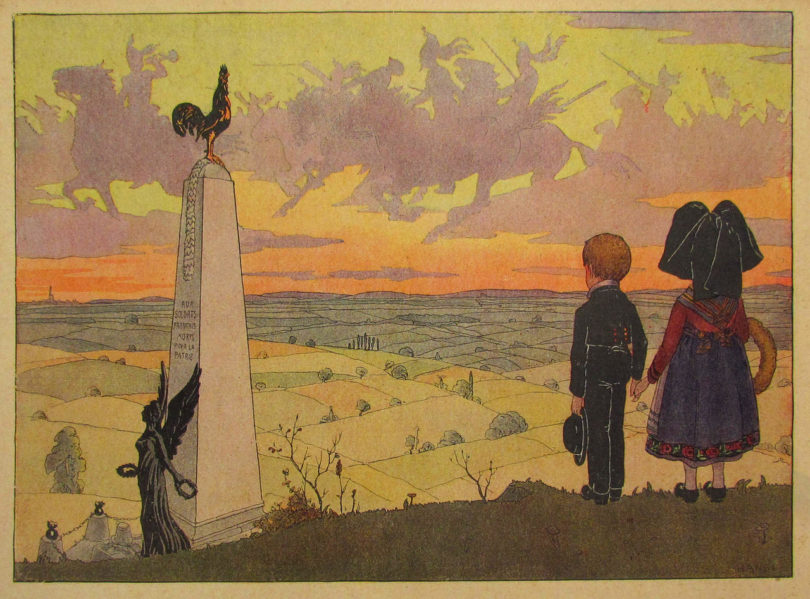 This Nov. 11 marks the 100th anniversary of the end of World War I, a war unlike any that had preceded it. The War to End All Wars featured the use of state propaganda on a new and large scale. Posters were a particularly widespread form of propaganda, making a case for action through pictures as well as words. The exhibition “For Home and Country: World War I Posters from the Blum Collection” presents a selection of these images, on view at the Georgia Museum of Art at the University of Georgia Aug. 18 through Nov. 18.

These posters were collected by Murray Blum, a pioneering entomologist and UGA professor who died in 2015, and his wife Nancy Ann Blum. Their posters also made up the exhibition “Opera in Print,” on view at the museum earlier this year. Both were part of a large gift to the museum in 2017, and the Blums donated others to UGA’s Special Collections Libraries. Some of the latter make up the exhibition “War of Words: Propaganda of World War I,” on view in the Hargrett Library Gallery at Special Collections through Dec. 14.

William U. Eiland, the museum’s director, and Todd Rivers, chief preparator (and a letterpress printer in his spare time), selected the posters for “For Home and Country” for aesthetic effect. They include examples from Allied Powers France, England and the U.S. as well as posters from Italy and Germany, which fought on the other side in the war.

“Thanks to the generosity of the Blums, with these vivid and persuasive posters, we not only note the centenary of the end of World War I, but we celebrate as well the end of that quasi-global conflagration of death and destruction,” Eiland said. “In so doing, we honor the men and women who served in our armed forces, too many of whom died.” 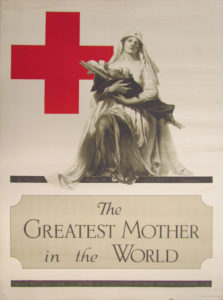 Artists represented include Jean-Jacques Waltz, known as Hansi, a pro-French activist from Alsace. When Waltz was born, this region between France and Germany was under German control, and his artistic mockery of the German authorities landed him in prison several times. He worked as a translator during World War I as well as creating posters that promoted the purchase of war bonds to fund the French military effort. American Alonzo Earl Foringer used Christian symbolism in his poster that encouraged young women to join the Red Cross. In it, a nurse, her face turned to the light, cradles a soldier on a stretcher like Mary holding the crucified Jesus. Frenchman Adrien Barrère used his skills in caricature to mock Emperor Franz-Josef I of Austria-Hungary and Wilhelm II of Germany.

The exhibition is sponsored by the W. Newton Morris Charitable Foundation and the Friends of the Georgia Museum of Art. Related programs include a film series including “The African Queen,” “Paths of Glory” and “Lawrence of Arabia” (all set during World War I), on Thursdays at 7 p.m. beginning Aug. 30;