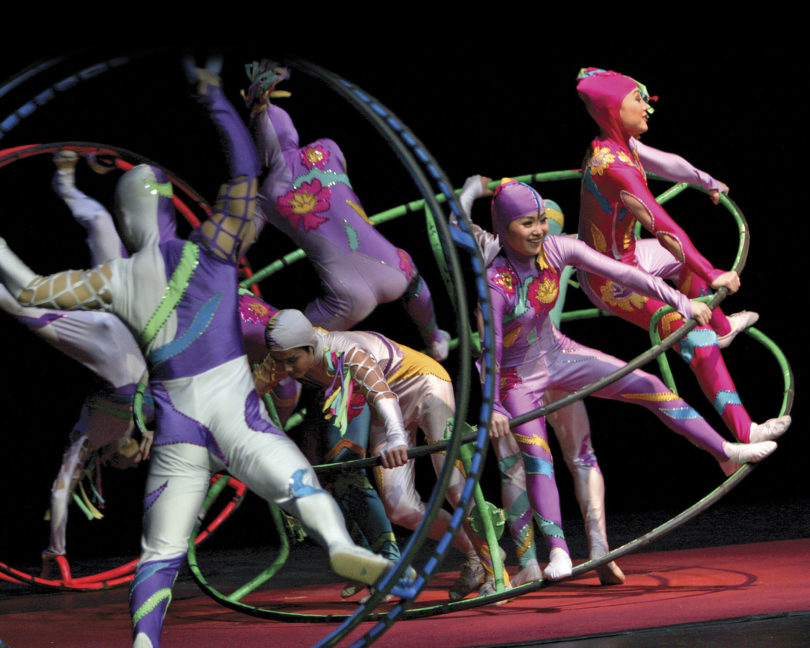 Athens, Ga. – The University of Georgia Performing Arts Center will present the Golden Dragon Acrobats for three performances Nov. 18, 19 and 20 at 8 p.m. in the Fine Arts Theatre.

Historical records date Chinese acrobatics back as far back as the Xia Dynasty 4,000 years ago and the art form gained popularity approximately 2,500 years ago when it began to capture the attention of the country’s emperors. During the Han Dynasty, 221 B.C.-220 A.D., acrobatics developed more content and variety and became known as the “hundred tricks.”

Over its long history, acrobatics evolved into one of the most popular art forms among the Chinese people, directly influencing other forms of performance art including dance, opera and even martial arts.

In November 2005, the Golden Dragon Acrobats made their Broadway debut at the New Victory Theater, New York’s renowned theater for children and families. Over the course of its six-week sold-out run, the show earned critical acclaim, including two New York Drama Desk Award nominations for Unique Theatrical Experience and for Best Choreography.

The 2012-2013 season marks the Golden Dragon Acrobats’ 35th year of continuous touring in the U.S. The company has now traveled to all 50 states as well as performing in over 65 countries on five continents.

The Fine Arts Theatre is located at 255 Baldwin Street at Lumpkin Street.

The performance underwriters are Michael F. and Mary L. Adams.