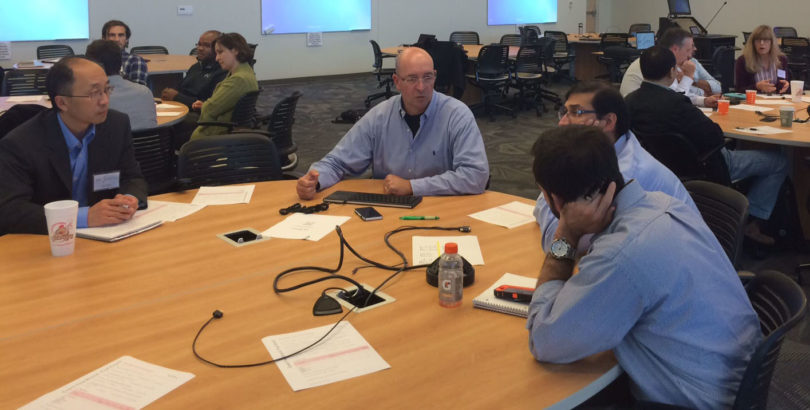 The study, published in a Nature journal, provides hope for cancer-related lymphedema

A team including University of Georgia researchers has for the first time documented the regrowth of surgically removed pathways in the lymphatic system, a network of vessels designed to pump away inflammatory fluids and defend the body against infection.

Published in Nature Biomedical Engineering, the findings lay the foundation for a new class of treatment options for lymph-related disorders, such as chronic wound complications, and could even help prevent the spread of cancer.

Lymphatic dysfunction is connected to a variety of diseases, including both cardiovascular disease and cancer. For example, breast cancer cells break away from the primary tumor and travel through the lymphatic system. If left alone, they can spread throughout the body. Lymphatic vessels—which operate in similar ways to the cardiovascular system—are sometimes traumatized by cancer treatment or the removal of lymph nodes, which can lead to lymphedema, or the chronic swelling of a leg or arm.

“Right now, we don’t have a way to rebuild or reconstruct the lymphatic system. We hardly even understand how it works,” said Dr. John Peroni, a professor and large-animal surgeon in UGA’s College of Veterinary Medicine. “This study was one of the first in fundamentally addressing a basic scientific question that has been left unanswered: If lymphatics are injured, can they remodel or heal?”

Working with a sheep model, collaborators from Georgia Tech and the Regenerative Bioscience Center at UGA’s College of Agricultural and Environmental Sciences, removed one of two lymphatic vessels that run parallel to each other in the leg. These are as crucial to lymph flow as the heart is to blood flow, according to the researchers. Under these conditions, they were able to show the beginning of a lymphatic pump cycle and the start of the remodeling and repair stages.

As a result of the remodeling, the team concluded that molecular changes in lymphatic muscle cells enhanced oxidative stress, which typically occurs when the immune system is creating inflammation to fight off bacteria. After a period of six weeks, the team discovered that the remaining lymphatic vessel was working twice as hard to compensate for the oxidative stress.

“One would expect that when you remove the main lymph vessel, in the part that’s lower than the obstruction, it would swell. To our surprise, it only did so minimally,” Peroni said. “It turns out there’s a considerable amount of collateral lymphatic circulation that we were not expecting. At a microscopic level, there’s enough mechanisms by which the body can still recirculate and drain fluids out of the leg, even though the main ‘highway’ is removed.”

The findings follow the same researchers’ previous work which showed similar results in using the rodent tail, one of the oldest and most widely utilized model systems for lymphatic research.

“Perhaps the most important single feature of using a larger model like sheep, versus the historical benchmark of a rodent’s tail, is the gravitational benefits,” Peroni said. “Gravity makes it harder for lymph to be transported from the legs and the lower half of the body, and sheep provide a better gravitational model compared to the consistently flat position of a rodent’s tail. It’s almost identical to wound-healing issues in humans.”

Peroni worked closely with Brandon Dixon, lead author and associate professor of mechanical and biomedical engineering at Georgia Tech, who heads the Laboratory of Lymphatic Biology and Bioengineering.

“What distinguishes this study from others is that it focused on remodeling of the vessel that was not initially damaged during surgery, as it attempts to compensate for the segment that was removed,” said Dixon. “This is important for understanding secondary lymphedema in breast cancer survivors, since most onset of lymphedema occurs many months after breast cancer surgery, and the remaining intact lymphatic vasculature can no longer keep up with the demands placed on it.”

These findings are pre-clinical and further studies are required to confirm testing in humans, but they provide scientific evidence for lymphatic remodeling that up until now has been scarce.

“We’re excited because there is now an animal model that we can use to put the vessel under this state of prolonged stress that wasn’t result of the initial injury, but a result of the vessel’s adaptation to the surgery,” said Dixon. “It’s a good model for what happens to a human.”

This study was funded by the Regenerative Engineering and Medicine (REM) seed grant program. The Regenerative Bioscience Center is a unit of the UGA Office of Research, with generous support from the College of Agriculture and Environmental Sciences and its Department of Animal and Dairy Science.