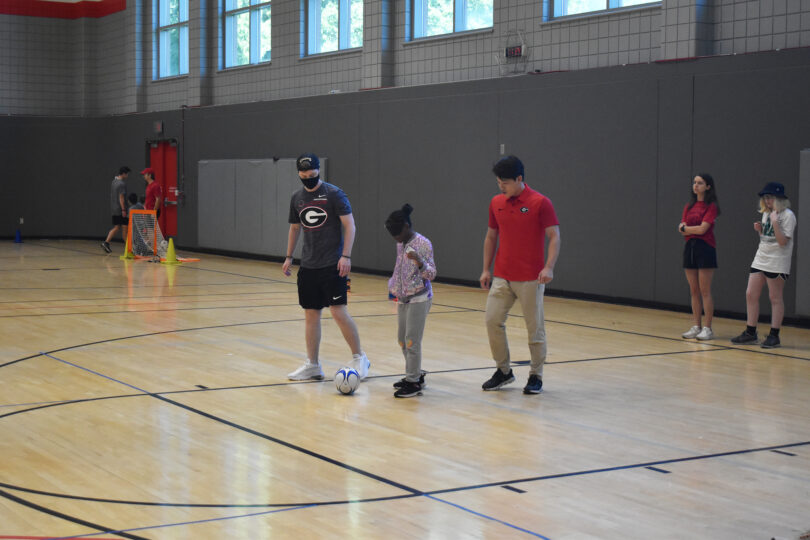 About 30 students from across Northeast Georgia filled the University of Georgia’s Ramsey Center for the first visually impaired sport field day last month.

For most of the athletes, ranging in age from 6 to 21, it was their first time engaging in these sports.

“This is a group of athletes and students who don’t get many opportunities to participate in any sort of physical activity, especially sports, and we never really know who’s going to be an athlete until they actually get the opportunity to participate,” said T. Nicole Kirk, assistant professor in UGA’s Department of Kinesiology. “Everybody has a human right to physical activity in my opinion, and that can include things like sports that build community, camaraderie and confidence.” 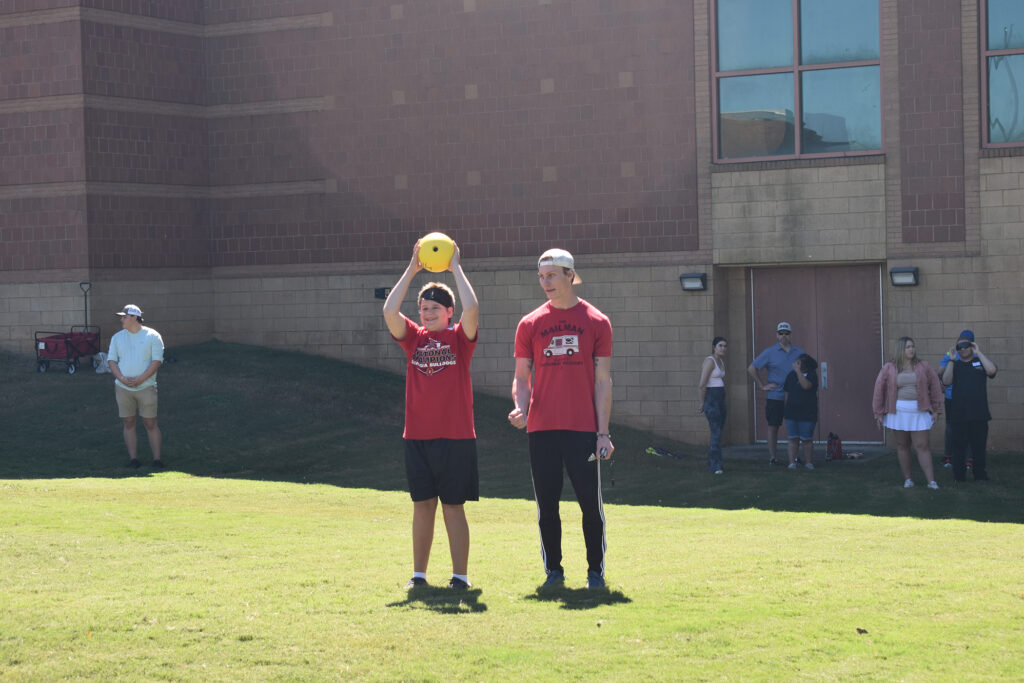 Students on the lawn outside of Ramsey participate in the sporting event. (Submitted photo)

Kirk coordinated the event with Northeast Georgia Regional Educational Services Agency, which works with school districts across the region. UGA students in the Mary Frances Early College of Education’s Department of Kinesiology volunteered at the event as instructors and helpers.

In five-a-side soccer, five players are on each team, with four of the players wearing eyeshades. The goalie is either sighted or partially sighted, and the ball contains bells so players can locate it by sound.

Goalball is only played by athletes with visual impairments and functions like a “reverse dodgeball,” according to Kirk. Here, three players on each side use their bodies to block the opposing team from rolling the ball into their goal. Like five-a-side soccer, players wear eyeshades and the ball contains bells. 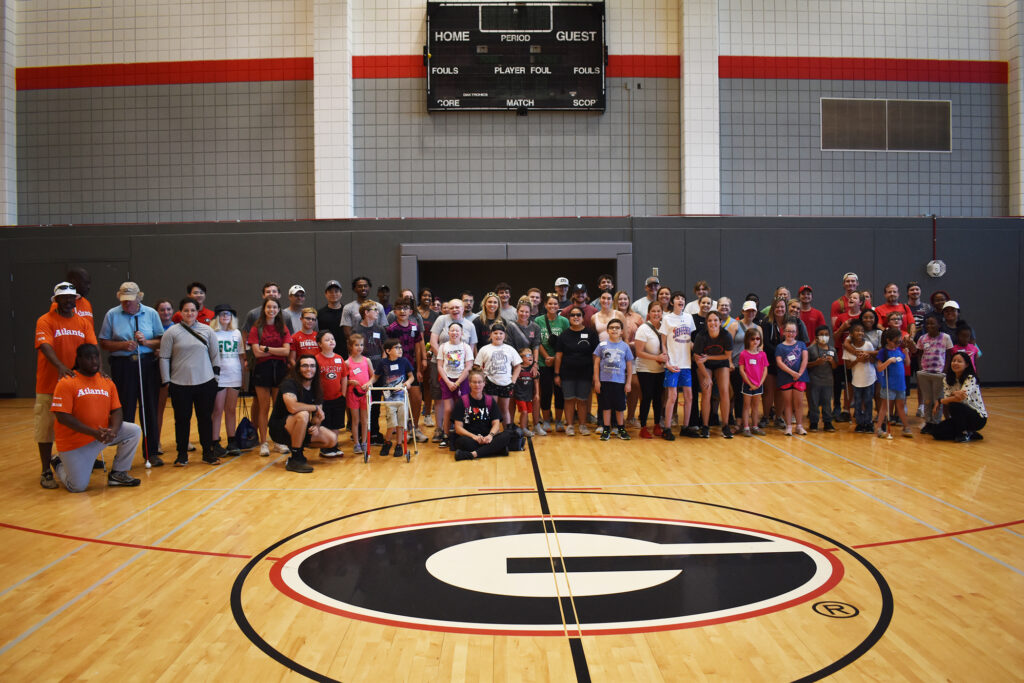 Students from North Georgia came to Ramsey at UGA to participate in the first visually impaired field day to be held on campus. (Submitted photo)

Sport pedagogy graduate student Joshua McCalla taught goalball along with other student instructors and said it was a rewarding experience.

“Unfortunately, in the field of P.E., students with visual impairments are excluded from activities at times in general school settings. Getting a chance to get them active and feel included the entire day was a great moment,” McCalla said.

Taewoo Kim, a sport pedagogy doctoral student, led five-a-side soccer with other student instructors and said he had an amazing volunteering experience.

“Although I have experience working with children and adolescents, this was my first opportunity to work with students with visual impairments.,” Kim said. “It taught me that sport is a tool that truly connects us regardless of our backgrounds. I really hope that more people can be involved in events like this.”

Working with students with disabilities provides a vital experience for those who will go on to teach P.E. or become occupational or physical therapists.

For visually impaired student-athletes and their families, events like these help introduce students to sports outside a traditional P.E. class and can introduce them to new ones.

Going forward, the goal is to create a shortened version of the event held as an after-school program either once a month or every two weeks. The format would allow student-athletes to try more sports like swimming, track and field and judo.

“Doing events like this, I hope will allow us to turn out P.E. teachers who say ‘OK, you’ve got a visual impairment, I know several sports that are perfect for you, and I know how to modify some other sports like soccer, so that you can also play,’” Kirk said. “A lot of the time it’s very easy for kids with disabilities to be put to the side and not included in P.E. but knowing about these opportunities is half the battle in my opinion.”