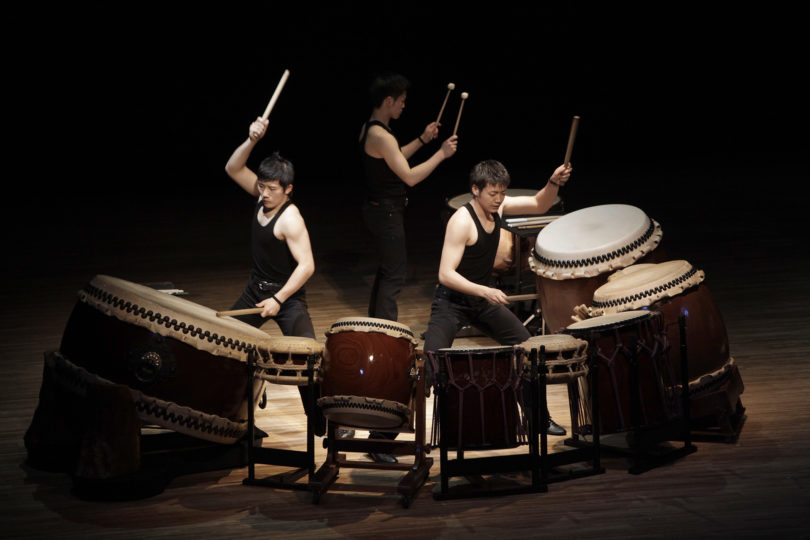 Based on Sado Island in Niigata, Japan, Kodo made its debut at the Berlin Festival in 1981. Since that time, the ensemble has given more than 5,500 performances in 46 countries under the theme “One Earth.” The group spends a third of the year touring the world, a third touring Japan and a third on Sado Island.

Kodo’s vision has inspired performing arts ensembles worldwide, including the Blue Man Group, with whom Kodo recently collaborated on a piece that garnered an International Emmy nomination. Founders of Cirque du Soliel traveled to Sado to learn from Kodo, incorporating elements into their classic piece, “Mystère.”

“One Earth Tour: Mystery” was created by Kodo Artistic Director Tamasaburo Bando. The show premiered in Japan in 2013, and the 2015 North American tour marks the production’s foreign debut.

“In the folk arts that have been handed down across Japan, there’s a sacredness, an air of mystery within prayers. The drums express this, and I’d like for the audience to feel it,” said Bando. “I hope theater-goers will experience the same sort of otherworldly splendor that you sense at a temple or a shrine, or when you discover things in nearby woods.”

The performance underwriters are Hank and Amy Huckaby.