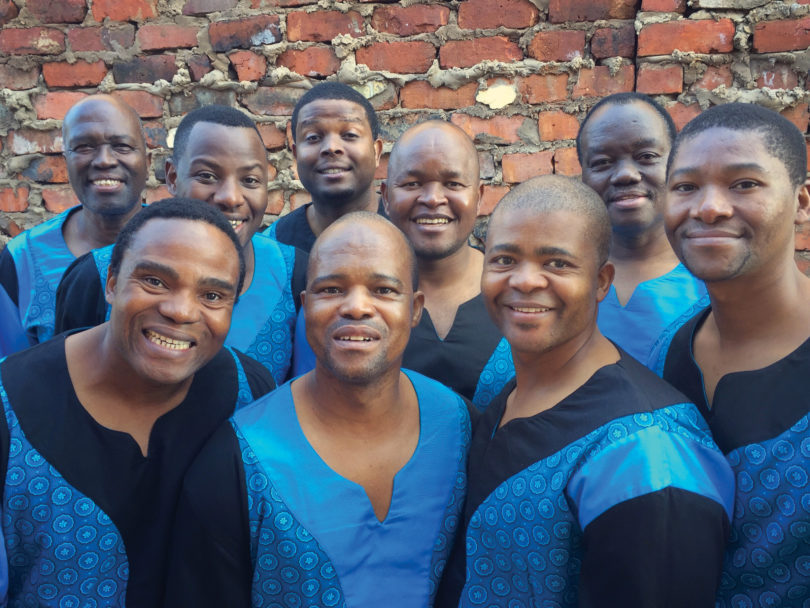 Ladysmith Black Mambazo was founded in the early 1960s by Joseph Shabalala, then a teenage farm boy living outside the small town of Ladysmith. To name the group, Shabalala used his hometown to honor his family history. He added the word Black in reference to the black oxen, the strongest of the farm animals he worked with. Mambazo is the Zulu word for chopping axe, a symbol of the group’s vocal ability to clear the path to success.

A radio broadcast in 1970 opened the door to the group’s first record contract, the beginning of an ambitious recording career that currently includes more than 70 albums, earning 19 Grammy Award nominations with five wins: “Shaka Zulu” (1988), “Raise Your Spirit Higher” (2004), “Ilembe” (2009), “Singing for Peace Around the World” (2013) and “Shaka Zulu Revisited: 30 Year Anniversary Celebration” (2017).

When Nelson Mandela was awarded the Nobel Peace Prize in 1993, he asked the group to join him and sing at the ceremony. It was Mandela who called Ladysmith Black Mambazo “South Africa’s cultural ambassadors to the world.”

Tickets for the concert start at $30 and can be purchased at the Performing Arts Center box office, online at pac.uga.edu or by calling 706-542-4400. A limited number of discounted tickets are available to current UGA students for $6 and $10 with a valid UGA ID (limit one ticket per student).

A pre-performance talk will be given by Jean Ngoya Kidula, professor in ethnomusicology at the Hugh Hodgson School of Music. The talk begins at 6:45 p.m. in Ramsey Concert Hall.

The concert is sponsored by Jim and Carol Warnes. The media sponsor is WUGA 91.7/94.5 FM.