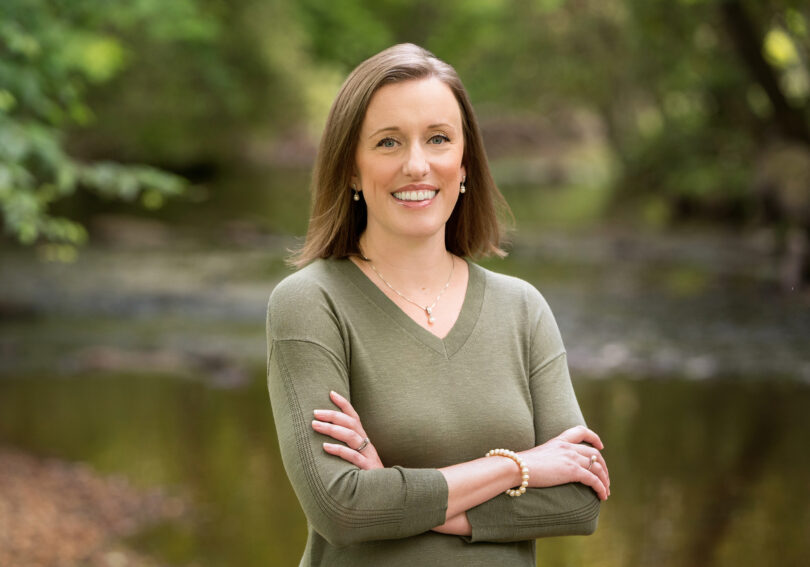 While in law school at the University of Georgia, Lauren K. Ward JD '07, MNR '12, PhD '17 developed an interest in policies related to natural resources. That led her to earning master's and doctoral degrees in the Warnell School of Forestry and Natural Resources. She now serves as executive director of Conservation Without Conflict, a coalition dedicated bridging gaps related to wildlife policy and practice. (Photo by Burton Photography)

Driving out of Athens in any direction (well, maybe not 316), you’ll soon be surrounded by trees. You might assume these are public lands. But most aren’t.

In fact, the vast majority of forested land in Georgia is privately held by families, often going back generations.

The management of those forests—for profit and for conservation—often brings those owners into conflict with goverment entities, nonprofits, and a host of other parties. That conflict, too, often goes back generations.

Helping work through those issues and ensuring that all entities come out on the other side is now the job of Lauren K. Ward JD ’07, MNR ’12, PhD ’17, executive director of Conservation Without Conflict, a coalition of more than 50 stakeholders—private, commercial, and governmental—all interested in wildlife policy and practice.

“No matter how far apart we seem, there are common goals,” Ward says. “If we can get past some of those grievances from the past and focus on where our goals overlap, we can get to that sweet spot of supporting our private landowners and conserving species at the same time.”

That perspective and hope for collaboration have been noticed at the highest echelons of government. In May, a Department of Interior report specifically named Conservation Without Conflict as an initiative that is well-positioned to support the U.S. Fish and Wildlife Service in its work to incentivize and reward the voluntary conservation efforts of fishers, ranchers, farmers, and forest owners. It’s part of the Biden administration’s goal to conserve 30% of U.S. lands, ocean, and water by 2030.

Ward is the first to describe her educational and career path as atypical. After earning a degree in English at Georgetown, the Atlanta native came home and graduated from the UGA School of Law. She clerked for a district court judge and then moved on to the Georgia Department of Labor. A conventional legal career appeared to be on the horizon, but something pulled her in a different direction.

“In law school, I developed a strong interest in natural resources policy and law,” she says. 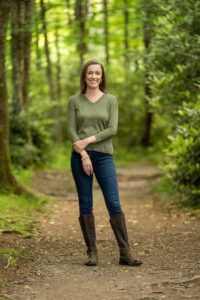 “No matter how far apart we seem, there are common goals,” says Lauren K. Ward. “If we can get past some of those grievances from the past and focus on where our goals overlap, we can get to that sweet spot of supporting our private landowners and conserving species at the same time.” (Photo by Burton Photography)

Ward didn’t have the scientific background for it—yet. So she decided to get it. She entered the Master of Natural Resources program in the Warnell School of Forestry and Natural Resources and enjoyed the work so much that she stayed to earn a doctorate.

“I started to see a vision of the future where I could use research and science-based data to help advocate for better policies outside of the courtroom,” she says.

Ward’s first post-graduate job was as general counsel and director of regulatory affairs with the Forest Landowners Association. As part of her role, she represented the association as part of the Conservation Without Conflict coalition. While the organization has been around for more than a decade, it had never had an executive director until now.

So Ward has been pretty busy. She’s been virtually connecting with stakeholders from her home office in Boone, North Carolina (where her husband John BS ’01 is town manager), and looks forward to getting on the road to meet them in person.

“Sometimes I’ll come back through Atlanta on my way to a forest tour in South Georgia, and I’ll drive through Midtown,” she says. “I look up at all those buildings of law offices are where my friends and colleagues are hard at work and think I could be working there, too. Instead, I’m headed to the woods. I’m still able to bring that knowledge of law and policy with me, but this path just feels right.”