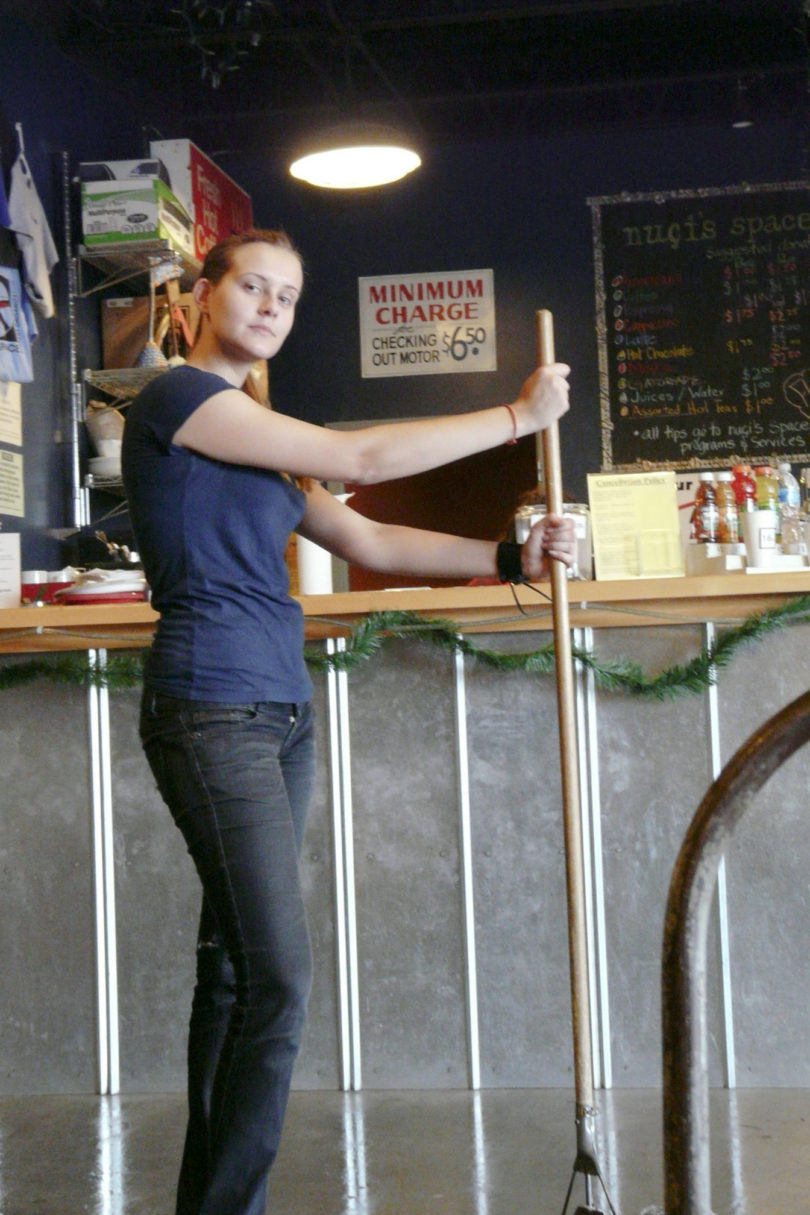 Five international students are studying at UGA as Undergraduate Exchange Program Fellows. Students in the UEP program are from southeastern and eastern Europe and Mongolia and spend one year in the U.S. for non-degree academic studies.

Sponsored by the Open Society Institute, a private-operating and grant-making foundation, the UEP combines the American liberal arts academic experience with exposure to American social issues and civic development by involving students in community service.

“These students are dynamic leaders and innovators in their home countries,” said Jane Gatewood, associate director for international education. “Having them study at UGA strengthens not only these students’ intellectual lives, but it also enriches and broadens UGA’s commitment to global education.”

The Office of International Education acts as liaison with this program and facilitates student exchange, both by sending UGA students overseas and by bringing international students to UGA.

Pasanovic is studying interior design and pursuing a degree in architecture at her home university. At UGA, she is taking a course in lighting in interior design and building systems. The course is new to her since she wouldn’t have the opportunity to take such a specialized class in Sarajevo, where she has studied the history of art and architecture, building systems, landscape architecture, computer drafting and freehand drawing.

“UEP is a great opportunity for young people to travel, study in a different environment and meet people with different cultural backgrounds and goals in life,” she said. “I wanted to see how the educational system in the U.S. differs from Bosnia and take courses that are unavailable in Sarajevo. This is an opportunity that broadens my horizons in so many ways.”

When students return home, they take their experiences and channel them into constructive outcomes in their classes with other students and in their communities. Building on what they have learned while studying and working in the U.S., the fellows are asked to design and execute small-scale community service projects in their home countries so that local communities benefit from the fellowships as well.

Pasanovic plans to complete community service work in a variety of locations, including the International Affairs Council, local animal shelters and St. Joseph’s Catholic Church. She also will work on a voice recording for the blind and dyslexic.

When she returns to Bosnia, Pasanovic wants to focus her community service project on serving students in Sarajevo. Due to war, political instability and lack of employment, thousands of Bosnian youth are leaving the country. By helping graduate students find work, Pasanovic hopes to give young people the opportunity to remain in Bosnia and impact the political system positively.

“UEP Fellows are selected not only for their high academic marks and leadership experience but also for their energy and enthusiasm for learning,” said Anne Campbell, program manager for OSI’s Undergraduate Exchange Program. “We hope the fellows will return to their home countries with a rich understanding of community service and liberal arts education. Developing critical thinking skills is a central goal of the UEP.”

Another fellow, Stajic, is studying journalism and volunteered last semester with the UGA Gameday Recycling Program.

“I wanted to explore how community service functions in American society and decided to participate in a recycling program with Habitat for Humanity in Athens,” he said. “This semester, I plan to help under-served children and young people. I hope to take this experience back to my country and try to help people in similar situations.”

The Undergraduate Exchange Program’s first year at UGA was fall 2002. Since then seven classes of UEP Fellows and a total of 32 students have attended. Last spring, Gatewood traveled to southeastern Europe as part of an OSI selection team to interview and select students for participation in this year’s program.

“The goals of the UEP program fit well with UGA’s missions, since the program’s primary goal is to assist educational and civic development in selected countries by exposing participants to a liberal arts curriculum, different models of classroom instruction, community service work and civil society-related programming,” she added.

The Open Society Institute, which sponsors the UEP, was created by investor and philanthropist George Soros. To achieve its mission, the institute seeks to shape public policies that assure greater fairness in political, legal and economic systems and safeguard fundamental rights.