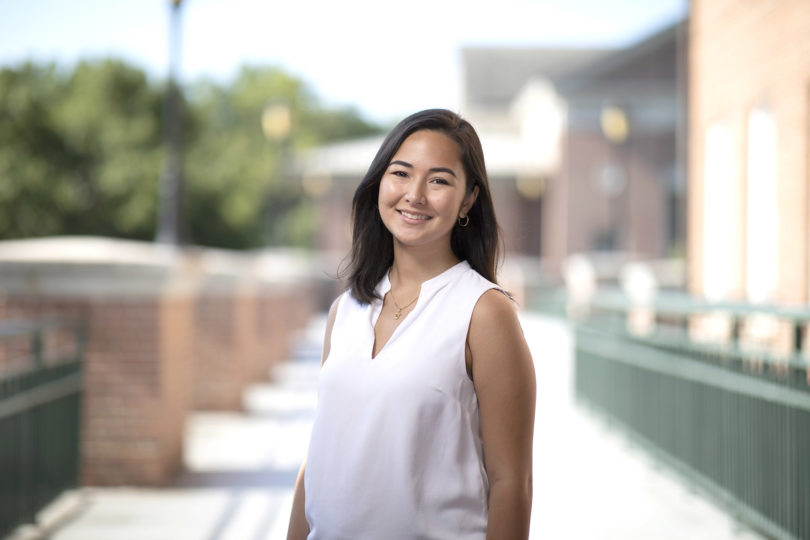 Melissa Hevener is majoring in public relations and political science. She's vice president of SGA and hopes to work in Washington, D.C., after graduation. (Photo by Peter Frey/UGA)

Student works to make UGA a welcoming place for all

An international student, she started at UGA in the spring semester, which turned out to be transformative for her UGA experience.

“I was shy, adjusting culturally—having never lived in the U.S. before,” she said. “One of the things I carried away from my first semester was that I think there should be an event to really welcome spring start students because many of them tend to be international students coming in, because the academic calendar is different.”

That fall, she applied for UGA’s Student Government Association with the goal of starting a spring welcome event. She saw a need—and in spring 2018, the event came to fruition. She kept with SGA and in March was elected vice president. As part of the Empower Ticket, she campaigned around bridging the gap between students and campus resources as well as creating an inclusive environment for underrepresented students. 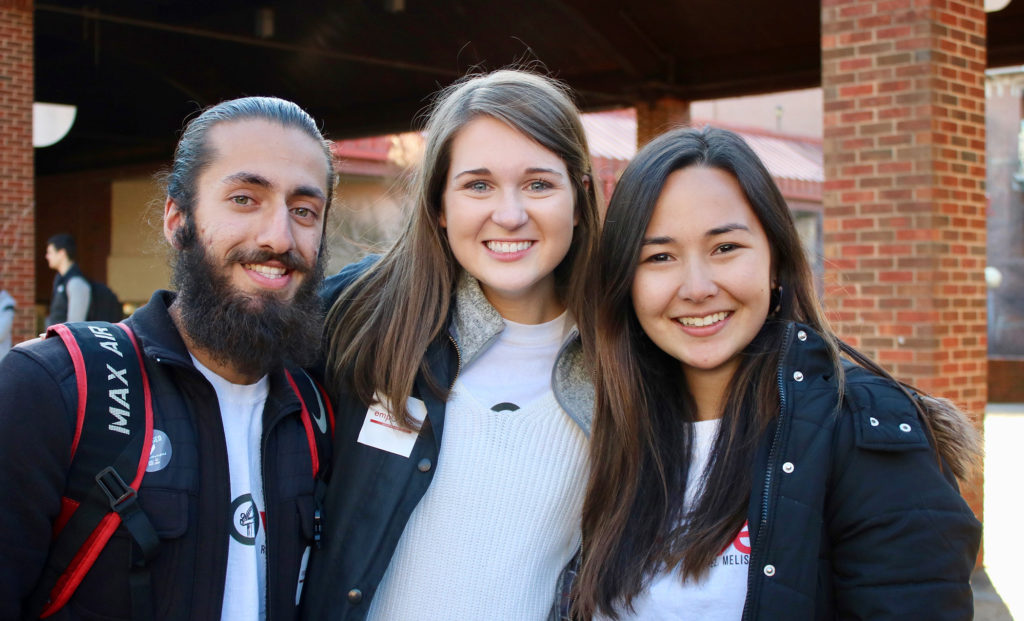 This past summer Hevener served as a summer orientation leader.

Leading her first session in May was actually her first time at summer orientation. “It was really cool going through the first first-year session, I felt like I was going through it, too.”

She draws on her high school theater days at orientation as she sings “If you wanna come and get a good degree, you can study at Tate or the MLC” to the tune of Nelly’s “Ride wit Me.” 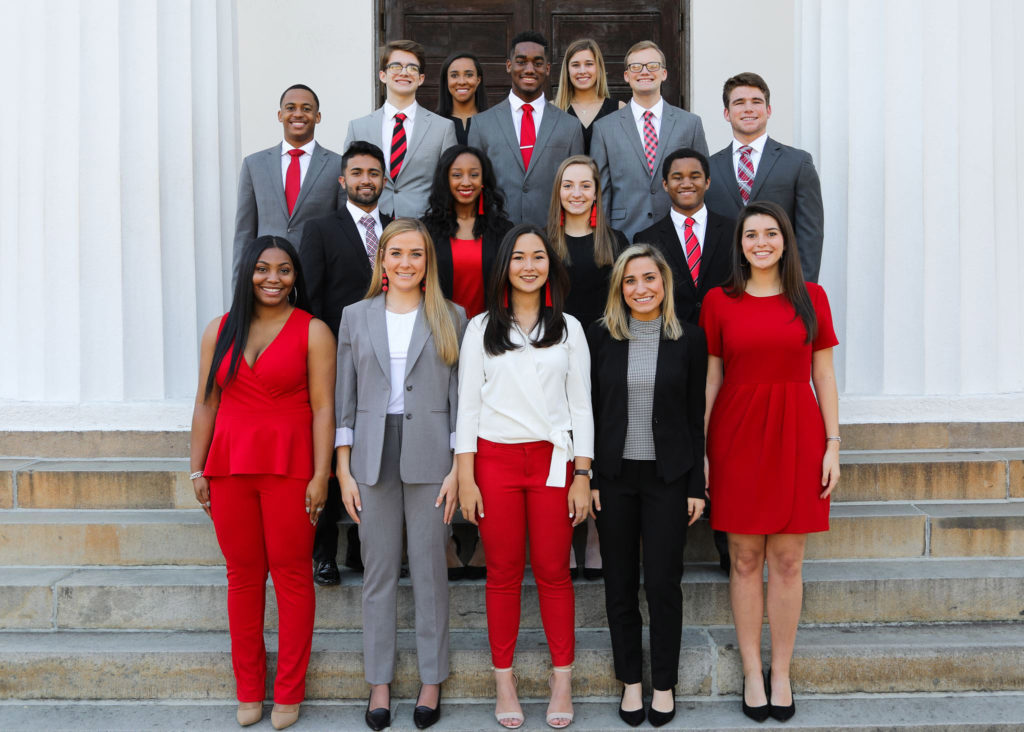 Melissa Hevener, front row center, was one of 16 orientation leaders this summer.

She leads group nine. “If you’re on cloud nine, you’re mine,” Hevener tells students at orientation welcome. Hevener jokes that learning the somewhat complicated hand sign for nine—an upside-down A-OK, over the eye—is how her group bonds. They also all sign a painted fabric flag she made for them.

At orientation, Hevener goes out of her way to greet international students, especially those from the Philippines, her home country. Her fellow orientation leaders will make a special effort to introduce her to any Filipino international students in their groups. “I want to be that first friend for them, so they already feel they’re known on such a big campus.”

But more than being the international student, she wants freshmen to know that “if you aren’t having a stellar, amazing first year, that’s normal.”

Prior to college, she said, “you think of freshman year—fun all the time—and when it doesn’t meet that expectation, students think, ‘What am I doing wrong?’”

Like students at other universities, a lot of UGA students struggle their first year—adjusting, making friends, feeling homesick, she said. “I try to be that person who I wanted to have—an advocate for someone having the same experience.”

Hevener said the biggest adjustment to living in the U.S. was the cultural difference. She was used to being more reserved and not initiating conversation. “In the South, people are more outgoing. They want to get to know you; they want to know your story. You can say ‘hi’ from across the street.”

Initially that was overwhelming, so she had to push herself outside her comfort zone to come out of her shell. “That is truly what Southern charm is. And I love the South now. Everyone’s so hospitable.”

Majoring in political science and public relations, Hevener enjoys working on political campaigns and hopes to work in Washington, D.C., after she graduates. She’s considering law school and possibly working in communications for the government one day.

Her work at orientation has even helped with her fall SGA platform. 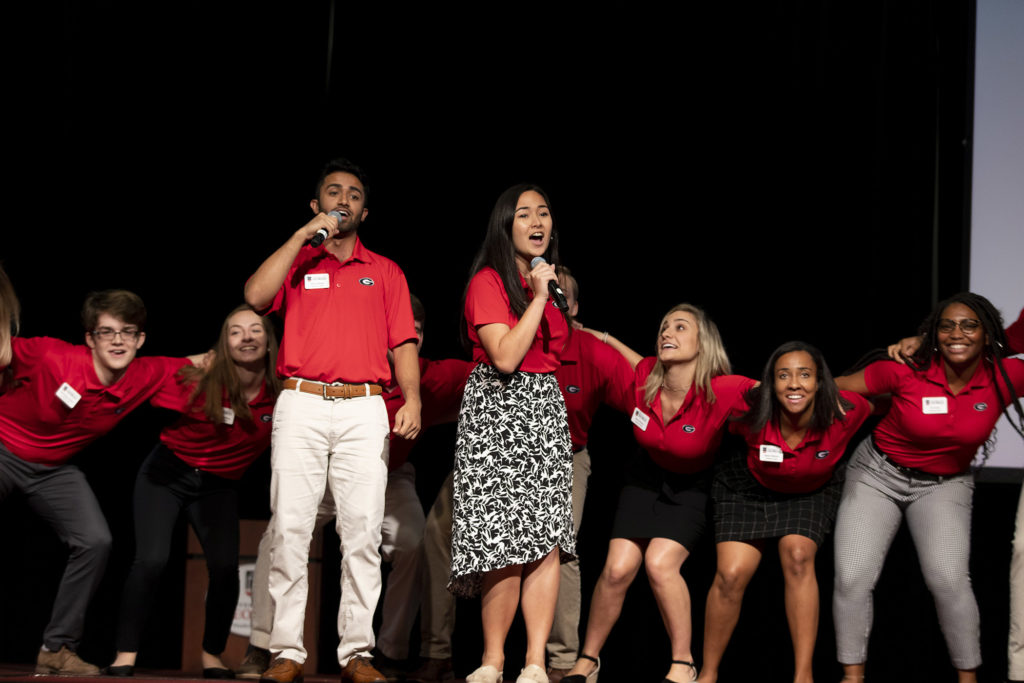 Orientation leaders Asim Ahmed (left) and Melissa Hevener (right) sing and dance as they lead the orientation leaders in the opening session for New Student Orientation at the Grand Hall inside the Tate Student Center. (Photo by Andrew Davis Tucker/UGA)

Her favorite part of orientation is the Georgia Way, which she describes as a multiple people spoken word poem. It’s a performance that talks about UGA’s value statement and honor code. “As a Georgia Bulldog, we respect everyone and their opinions. We are kind to each other. We address injustices and stand up for each other,” she said.

And through SGA she wants to work to extend that message past orientation—and remind students throughout the school year what it means to be a Bulldog and how to make fellow students feel more welcome and comfortable. “It’s not enough to be a law-abiding citizen and go to class,” she said. “We want to encourage students to have your Georgia degree mean more, make you a well-rounded person.”

Through the Georgia Way, orientation leaders show their vulnerable side. “We talk about really real issues—hate crimes, slurs, what it means to be an inclusive and welcoming community. We get vulnerable with the audience; we talk about ourselves.”

For her that means talking about her own insecurities and challenges.

But in orientation and SGA, she has found her community. At her last session, her fellow SGA leaders sat front row to watch her perform her song one last time.

“If you wanna go and see the Dawgs with me, welcome to your home Class of ’23,” she sings.

“Oh, why do we love this place? Hey! Must be the Bulldogs.”