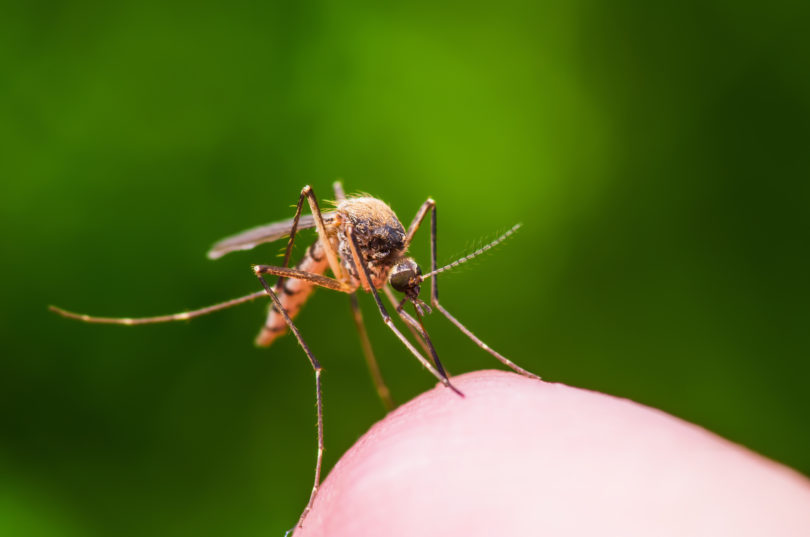 Patches of standing water that are close together are more likely to be used by mosquitoes to lay eggs in than patches that are farther apart, according to a new study from the University of Georgia. The findings, recently published in Oecologia, have implications for human and animal health.

“With clustered habitats, you’re creating hotspots where there are lots of mosquitoes,” said lead author Amy Briggs, a doctoral student in the Odum School of Ecology. “Because mosquitoes are disease vectors, that could lead to more disease transmission in those areas.”

Previous research about mosquito habitat use has typically focused on habitat quality, including the presence or absence of predators and the availability of food. Other studies, including work by senior author Craig Osenberg, a professor in the Odum School, have explored how organisms that move between patches, like larval fish that search for individual corals to settle on or beetles that colonize small ponds, respond to increased availability of habitat patches. But there was little or no information about how the spatial arrangement of habitat patches across the landscape, rather than their number or quality, influenced mosquitoes.

Briggs was particularly interested in understanding how Aedes mosquitoes, which can spread a number of human diseases, respond to different habitat patterns.

To find out, she conducted a series of experiments at five forested sites on or near the University Georgia campus where populations of Aedes albopictus, an invasive species also known as the Asian tiger mosquito, and Aedes triseriatus, the native Eastern tree hole mosquito, were present. 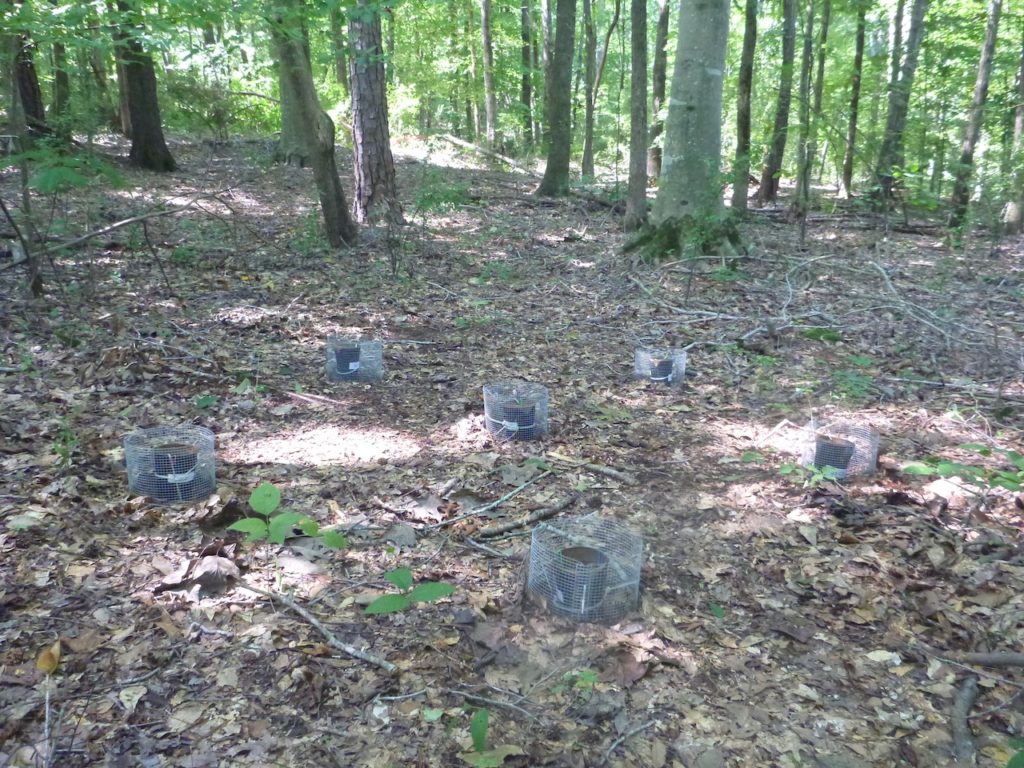 One of the research sites with closely spaced cups.

At each site, she installed 12 small plastic cups filled with water infused with oak leaves—known to attract Aedes mosquitoes—to simulate patches of natural mosquito breeding habitat. Half were arranged in a clustered pattern, with five cups placed in a circle 1 meter from a central cup—close enough that a mosquito at any of the cups would be able to see and smell others in the cluster. The remaining cups were placed in a dispersed pattern, separated from each other and from the clustered cups by a distance of approximately 20 meters, which previous research indicated is beyond the range at which Aedes mosquitoes can smell or see tree hole habitats, but close enough that they can travel between multiple habitat patches over the course of a week.

Briggs ran the experiment three times, in July, August and September, at each of the five sites. After the cups had been in place for seven days, she brought them back to the lab and counted the number of eggs found in each. She then induced the eggs to hatch so she could identify their species.

Briggs found that the habitat pattern—clustered versus dispersed—had no significant effect on the number of eggs laid, overall or per cup. But habitat pattern did make a difference in terms of how many cups received eggs.

The results indicated that an area containing a cluster of cups was visited by at least six times more mosquitoes than an area of the same size surrounding a single dispersed cup.

The study showed that Aedes albopictus responded much more strongly to habitat pattern than did Aedes triseriatus, which is especially concerning because A. albopictus is known to transmit viruses that cause serious diseases including Zika, dengue and chikungunya.

“If you want to make sure your yard doesn’t attract more Aedes mosquitoes—especially the disease-carrying Aedes albopictus—and become a local hotspot for mosquito egg-laying, make sure you remove all the standing bodies of water,” said Briggs. “Upturned buckets, watering cans, planter trays, birdbaths, tires and even old Coke cans can provide habitat for these species.”

Briggs said that the findings also have implications for more than mosquitoes.

“Spatial arrangement of habitats can have consequences for population dynamics for any type of organism that depends on specific habitat types that might be separated in space, like amphibians that rely on ponds and might move between them, or even birds that use certain forest types that occur only in small patches,” she said. “Understanding how different species respond to these patterns could influence how we control disease vectors as well as how we decide to restore habitats for conservation purposes.”