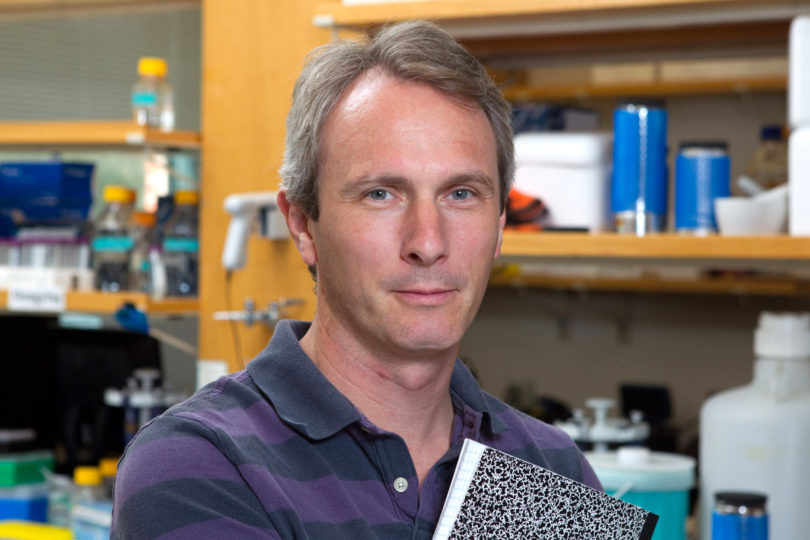 It took scientists more than a decade to sequence the 3 billion chemical base pairs that make up the human genome, but today researchers can sequence a similarly sized genome in weeks.

That ability to process genetic information is increasing more rapidly than the rate at computer processing power is increasing, and the shift has ushered in a new a new era in genetic research.

“Now, with the technology we have here, we can sequence 4 billion base pairs in 24 hours,” said Scott Jackson, showing off the new $200,000 sequencer that’s become the crown jewel of lab technology at the Center for Applied Genetic Technologies. “That means you can sequence things, not just to have the sequence, but just to better understand what we’re doing as we’re breeding new varieties.”

Jackson is part of a new wave of award-winning researchers who are using these strides in technology to develop new crop varieties. On May 1, he took over as director of the Center for Applied Genetic Technologies in the College of Agricultural and Environmental Sciences.

The CAGT provides researchers studying plant and animal genomes the equipment and collaborative space they need to further their research and to develop that research into marketable concepts, products and new companies.

Jackson, who joined UGA in fall 2011, took over as center director from veteran soybean genomics researcher and center co-founder Roger Boerma, who retired this year after 40 years of studying soybeans at the university.

Boerma and his colleagues spent the last 20 years laying the groundwork for the research that’s going on today at the university and across the biosciences.

Jackson and his team have taken up the challenge to continue their work.

“We now know, or can find out, where all the puzzle pieces are,” Jackson said. “The next big challenge is to effectively use that information.”

Boerma and other retirees, such as Richard Hussey, Gary Kochert and Lee Pratt, along with plant geneticist Wayne Parrott and forage researcher Charles Brummer originally shared the vision to have an interdisciplinary center where genetics and genomics research could have access to the best technology and bounce ideas off one another.

Jackson’s research focuses on using genetics to improve rice and legume varieties to increase yields and to make the crops more resilient against stresses such as drought and disease.

The college recently hired Zenglu Li, a former Monstanto researcher, to direct soybean breeding research at the center. Another new researcher focusing on forage crop breeding will join the center in August.

Researchers at the center focus on engineering new crop varieties that are suited to the Southern climate, including row crops, forages and switch grass.

They’re also working to map the genomes of plants and animals critical to Georgia agriculture, such as cotton and poultry, and developing techniques for engineering novel plant varieties.

“My lab and all of the labs here try to have a global and a local impact,” Jackson said. “The basic biology and research that’s going on here will have an impact well beyond the borders of Georgia.”