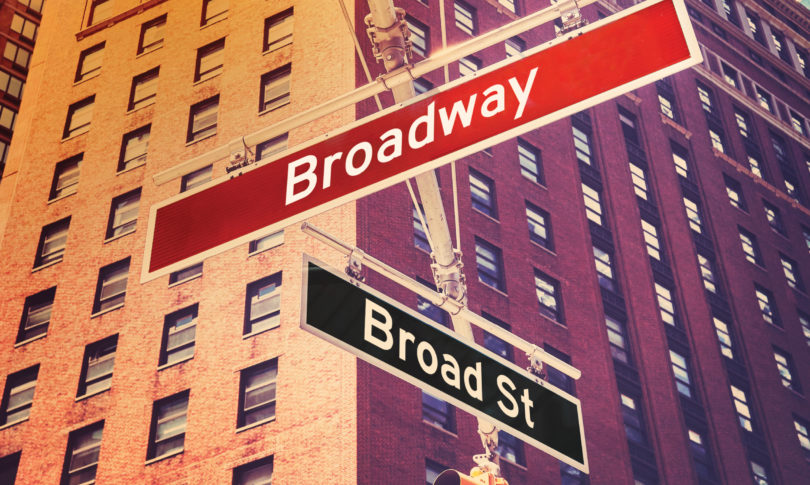 If you can make it there, you can make it anywhere. No sleep ’til Brooklyn. Concrete jungle where dreams are made of. Pick a song lyric, and you’ll probably touch on someone’s New York story. If those lines don’t speak to you, maybe this one will.

More than 6,100 University of Georgia alumni live in New York’s five boroughs and the neighboring areas of Long Island, Westchester, Connecticut, and New Jersey. It’s the second largest alumni community outside of Georgia and, in many ways, its most spirited. And that spirit, that energy, flows down from the president of the New York alumni chapter, Shelby Clayton ABJ ’15. 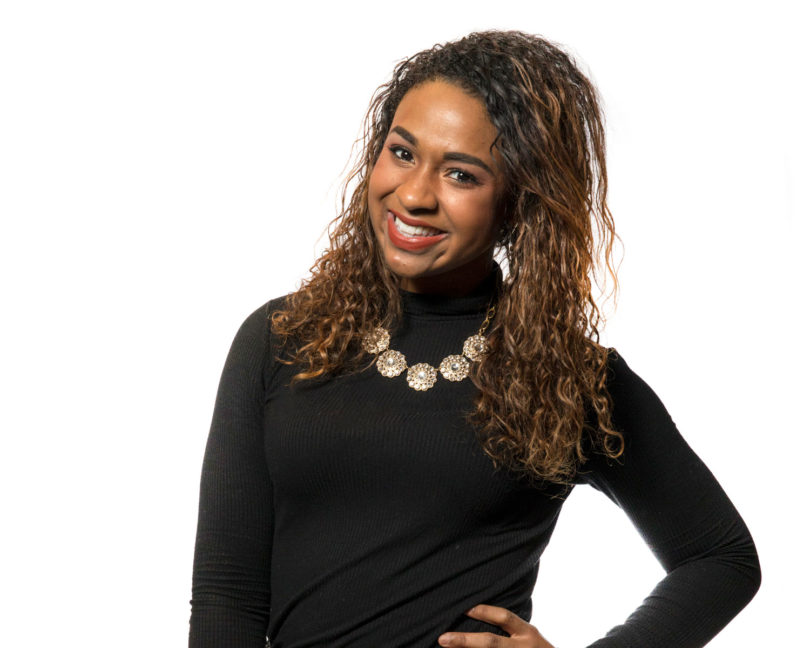 “To come together under one roof in a city that’s hundreds of miles away from home is special.” — Shelby Clayton ABJ ’15, NYC Chapter President

“There are so many people and they go out of their way to help each other. That’s what’s unique about the Georgia experience in New York.” — Patrick Klibanoff BBA ’14, ABJ ’14, NYC Chapter Co-Vice President 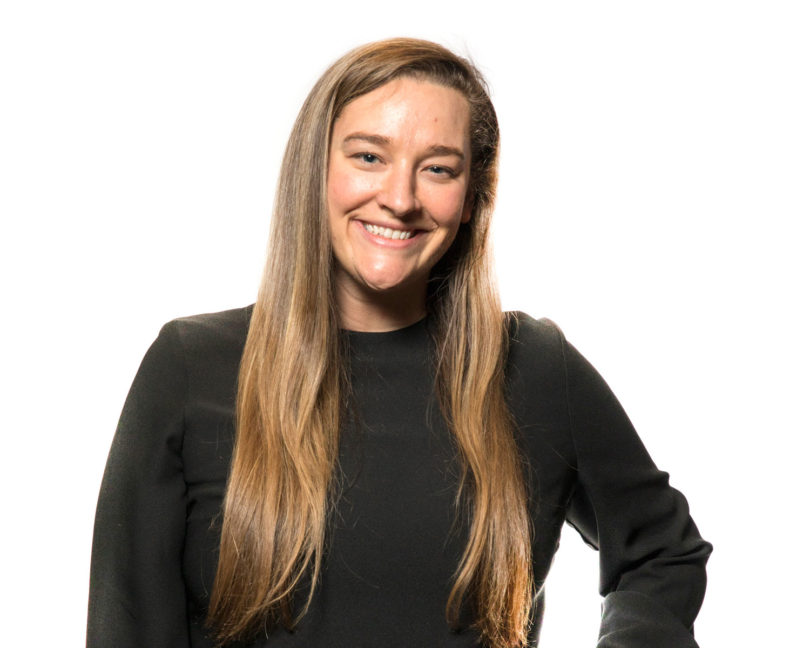 “You put on that name tags at events and people immediately come up to you and ask for advice.” — Mallory O’Brien ABJ ’12, NYC Chapter Co-Vice President 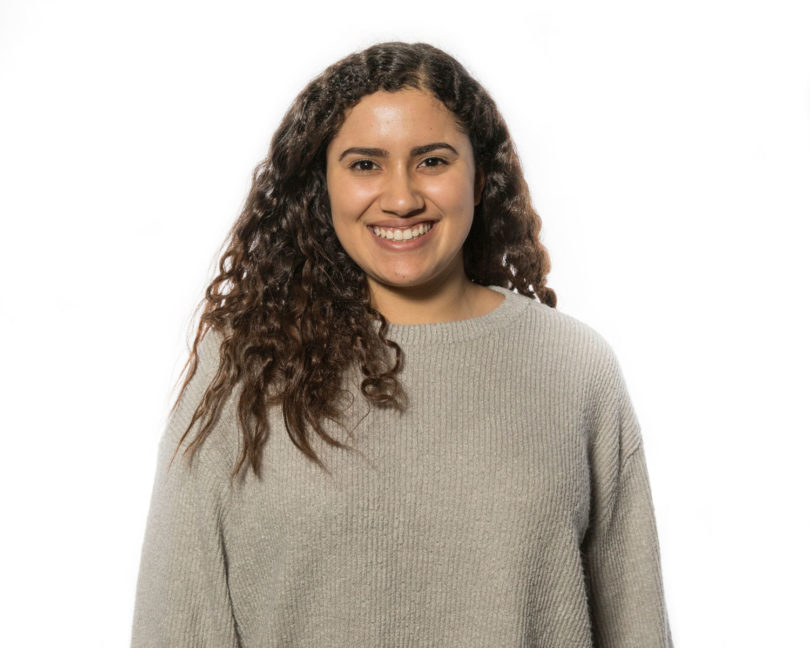 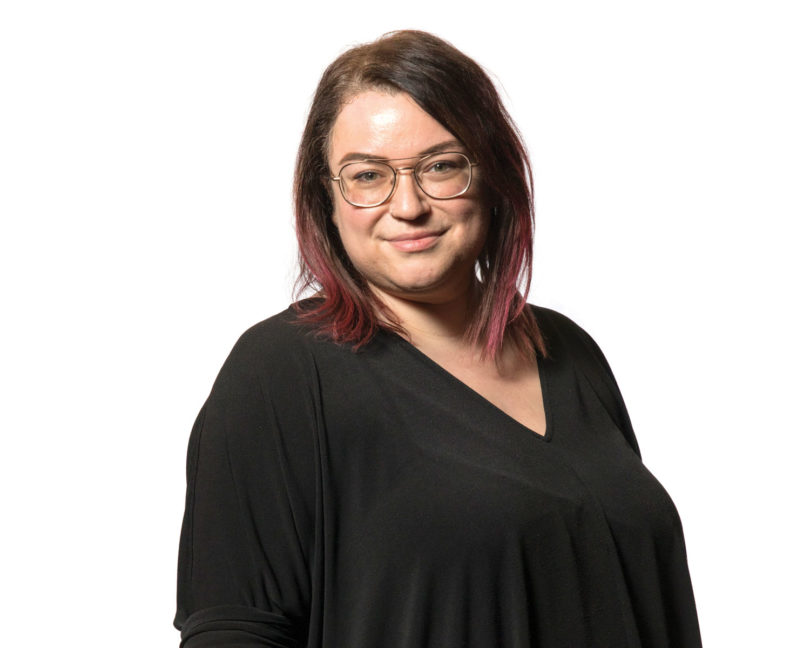 “It’s nice to be able to feel like a representative of the university. That matters a lot to me.” — NYC Chapter Co-Chair, Cultural & Affinity Programming 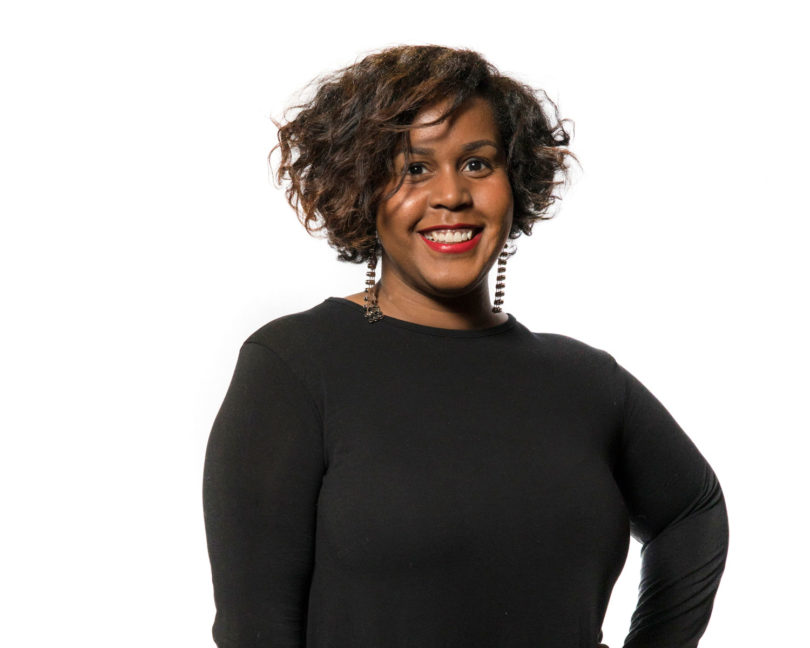 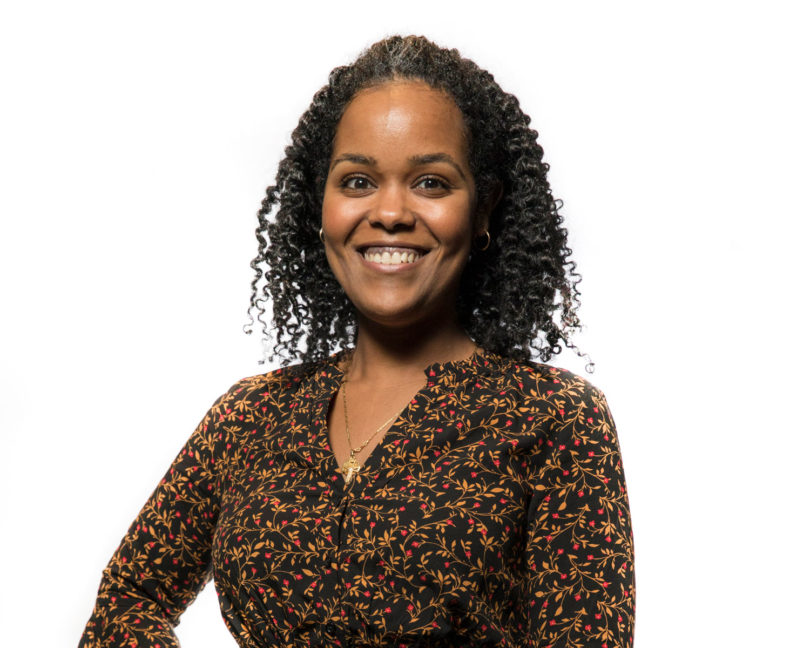 “Whether it’s game-watching, service opportunities or something in between, we have so many different options to get involved.” — Keya Wondwossen AB’10, NYC Chapter Co-Chair, Partnerships 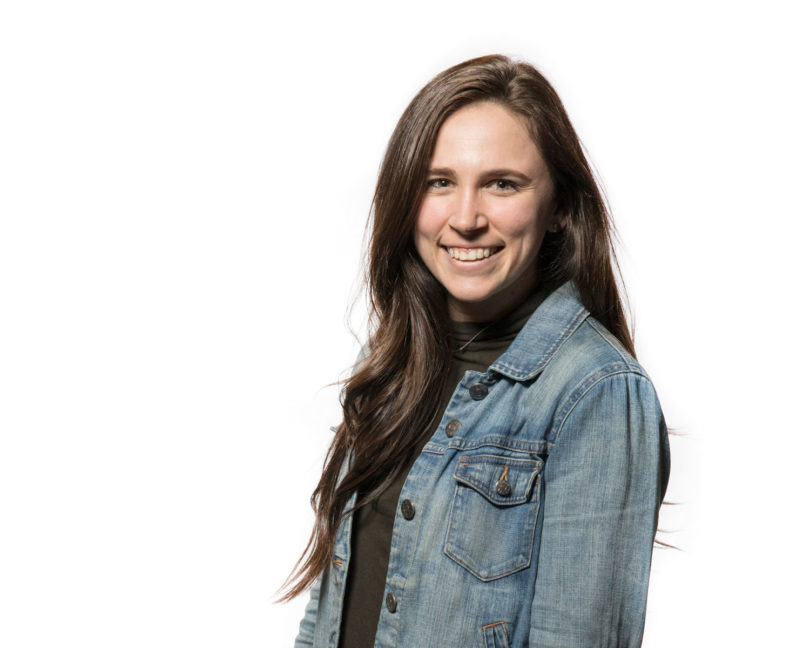 “I grew up to believe you don’t forget who you are and where you’re from. And I feel my UGA experience brought me back to that.” — Katie Holt ABJ ’14, NYC Chapter Co-Chair, Partnerships 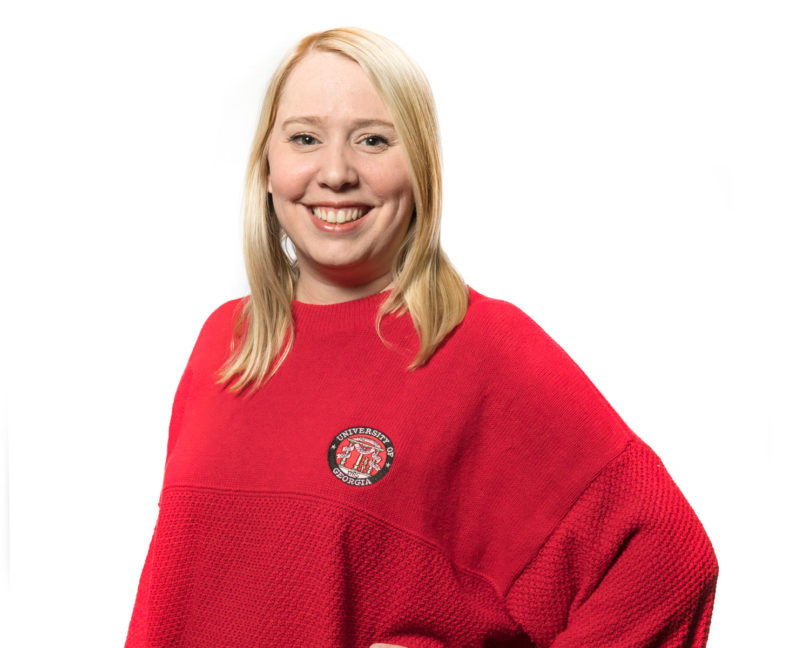 “My dad went to law school at UGA and I’ve been bleeding red and black for as long as I can remember. When I moved to New York, I immediately reached out to the alumni chapter. I wanted to get plugged in.” Katie Sorrels ABJ ’11, NYC Chapter Alumni Association Liaison 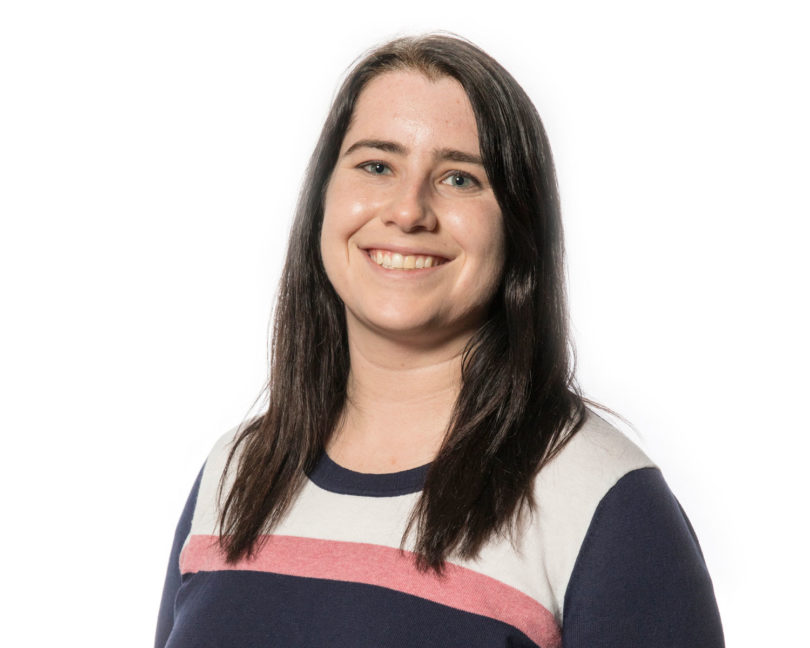 “Joining the alumni chapter was really like finding my home away from home,” she says. Clayton works as a client account manager for Twitter. A native of Atlanta, Clayton moved to the city shortly after graduating, immediately connected with the UGA alumni chapter and soon volunteered  for leadership positions. She started as social media manager, moved up to vice president, and became president in 2018.

“I was still getting to know the city,” she says. “Through the chapter, I was able to find like-minded individuals with shared experiences. Joining the board only made that connection stronger.”

After they graduate, UGA alumni automatically become members of the Alumni Association. The Alumni Association’s worldwide network of 88 chapters provides opportunities for those alumni to connect to the university and to each other. The administration of the chapters is done in Athens, but it’s local alumni volunteers who do the work on the ground.

The first connections are usually social—a game-watching party here, an after-work get-together there—but like most worthwhile relationships, they deepen with time. Professional networking, community involvement, mentorship, and even forging ties with new members of the UGA community often follow. The work is labor intensive, especially if the alumni community is large.

Fortunately for Clayton, she is able to lean on the 11-member leadership team that’s just as dedicated to UGA and maybe even more energetic than she is. At the heart of it all is keeping a strong connection to their alma mater.

“Something about moving to New York makes people really consider their identity. For a lot of people, especially a lot of Southerners, it’s where they went to school,” says Amanda Mull ABJ ’09. Mull, a native of Marietta, moved to Brooklyn about eight years ago. A journalism major at UGA, she made ends meet as a freelance writer for years before joining The Atlantic as a staff writer in fall 2018.

“For a lot of Southerners that I know, and this goes beyond Georgia alumni, the act of moving here makes you consider how much you appreciate people and traditions you grew up with,” she says.

In New York, alumni volunteering frequently appeals to a specific demographic. Most are young, early-career professionals. They aren’t that far removed from their college life, and while they almost uniformly have fond memories, they don’t necessarily want to relive them. They want to move ahead. Mull, who graduated in 2009, is the oldest among the board members. And even though she is barely in her 30s, she takes her mentorship role seriously.

“I love talking to alumni who are new to the city, being able to comfort them, and letting them know it’s going to be OK,” she says. “You’ll get used to the city. You’ll find a decent apartment. Your roommates won’t be like this forever. You won’t have roommates if you stick with it. I’m able to serve as an example of someone who came here young, entered a precarious industry, figured it out, and has made it so far.”

Networking with mid-career and senior alumni is important as well. Event director Mallory O’Brien ABJ ’12 recalls a chance meeting at the chapter holiday party that turned into an important cross-generational event.

Barbara Woods AB ’81, a former New York chapter leader and past member of the Alumni Association board, introduced her to a fellow alumna who wanted to host an event or lunch-and-learn to offer financial advice. O’Brien started setting it up immediately, knowing it would appeal to a broad section of alumni—which is exactly what it did when it took place a few weeks later.

“It’s important to leverage established alumni,” she says. “They have a lot of experience in the city and a lot more connection.”

Another way to reach out to new audiences is through freshman sendoffs, which bring new UGA families together with UGA alumni just before the start of the school year. Not only do these gatherings introduce first-year students to their new communities, they get their parents involved too.

It’s a lot of work, but according to Clayton, it all comes down to one thing.

“This is a way to give back to the university that really gave a lot to me in terms of my education, my network of friends, and even my career,” she says. “That motivated me to find ways to give back. It’s rewarding to hear these stories. I may have passed by people on Lumpkin and may not have met them until this very moment in New York.

“I want to encourage any UGA alumni, if they are thinking about moving to New York, there is a home for them here. We’re here to welcome you with open arms.”

Even though she’s a New Jersey native and has been a resident of New York for most of her professional life, for Susan Waltman AB ’73, MSW ’75, staying engaged with the University of Georgia has been easy. She just brings some of the UGA’s most talented students to her. 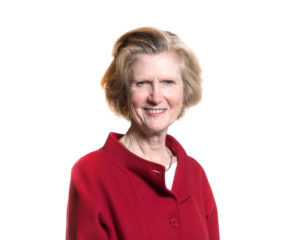 “”It’s been such a rewarding experience. I really think that this is the best thing that I do in my life: meeting and working with these wonderful young people.” — Susan Waltman AB ’73, MSW ’75 (Photo by Peter Frey/UGA)

Waltman is the executive vice president and general counsel for the Greater New York Hospital Association (GNYHA), a center for health care advocacy and expertise that serves more than 50 hospitals across the New York region.

In 2005, Waltman started an internship program that brings two UGA Honors students to GNYHA for two months each summer. The placements are ideal for students with interests in public health, health administration, and health policy. In addition to informal visits throughout the work day, Waltman schedules weekly lunches with her interns to check their progress, address concerns, and celebrate triumphs.

Once the internship is over, the relationship with the students often isn’t. Waltman has certainly written her fair share of recommendation letters for graduate schools, medical schools, and all sorts of jobs. She receives frequent emails from past interns as well.

“From day one, Susan made me feel welcome,” says Eytan Palte AB ’16, who interned with Waltman the summer after his sophomore year at UGA. “She was a wonderful mentor, always helping me find projects and people to talk to and learn from.”

After graduating from UGA, Palte moved back to New York to attend medical school at Columbia. He is now in his third year, and one of his recommendation letters was written by Waltman.

“It’s been such a rewarding experience,” she says. “I really think that this is the best thing that I do in my life: meeting and working with these wonderful young people.”

Another of the interns was Samia McEachin AB ’18, BSHP ’18. She interned at GNYHA two summers ago, graduated last summer with a degree in health promotion, and started her job as a project manager for emergency preparedness with GNYHA in January.

In the years since Superstorm Sandy caused billions of dollars of damage to the New York area, emergency preparedness has taken on increased importance. For instance, with a mild late-afternoon February snowstorm on the way, McEachin spent the morning in a conference call with dozens of hospital administrators making sure they were ready should there be any weather-
related traffic injuries or problems.

Day-to-day responsibilities mean that Waltman and McEachin don’t get to see as much of each other as they did during her internship, but the mentee knows her mentor isn’t far away.

“It’s invaluable having mentors to guide you and also give you the freedom to explore something that interests you,” McEachin says. 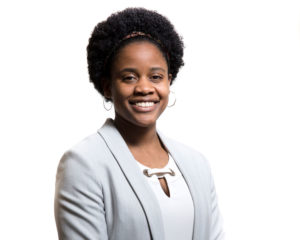 “It’s invaluable having mentors to guide you and also give you the freedom to explore something that interests you.” — Samia McEachin AB ’18, BSHP ’18 (Photo by Peter Frey/UGA)

Waltman’s dedication to helping the next generation has not gone unnoticed in Athens. In 2017, she received the Blue Key Service Award, one of the highest honors given to a member of the UGA community.

“It’s fascinating when you receive an honor for what you think is just the right thing to do, which is give back to your school,” says Waltman, who also serves on the UGA Foundation Board of Trustees. “I am made better and richer by being able to work with people like Samia and Eytan.”