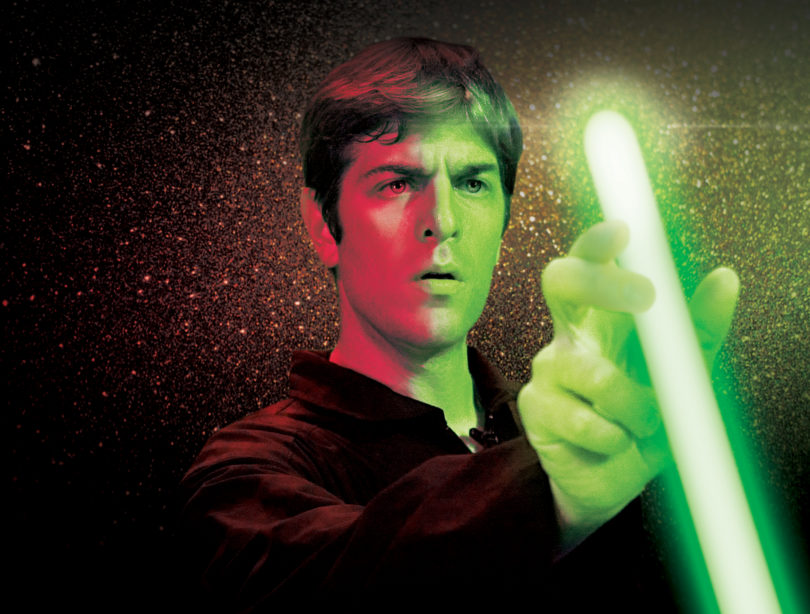 Charles Ross plays all the characters from the three films.

“Star Wars” fans are in for a treat when UGA Presents brings “One-Man Star Wars Trilogy” to UGA on March 23. The madcap production, performed with permission of Lucasfilm, hits the stage for two performances at 2 p.m. and 7:30 p.m. in Ramsey Concert Hall.

“One-Man Stars Wars Trilogy” is the creation of Canadian actor Charles Ross. A self-proclaimed “uber geek,” Ross single-handedly plays all the characters with spot-on voice impressions while he sings the music, fights the battles and condenses the plots of three films into one hilarious 90-minute production.

Ross premiered his one-man show in Toronto, Ontario, in 2001 and has since toured around the globe, performing to more than 1 million fans in London’s West End, at the Sydney Opera House, off-Broadway in New York and even in Dubai. To mark the release of “Star Wars: Episode 3: Revenge of the Sith” in 2005, Lucasfilm invited Ross to perform at the official movie release convention, Celebration 3.

Tickets for the show are $40 and can be purchased at the Performing Arts Center box office, online at pac.uga.edu or by calling 706-542-4400. A limited number of discounted tickets are available to current UGA students for $10 with a valid UGA ID (limit one ticket per student).