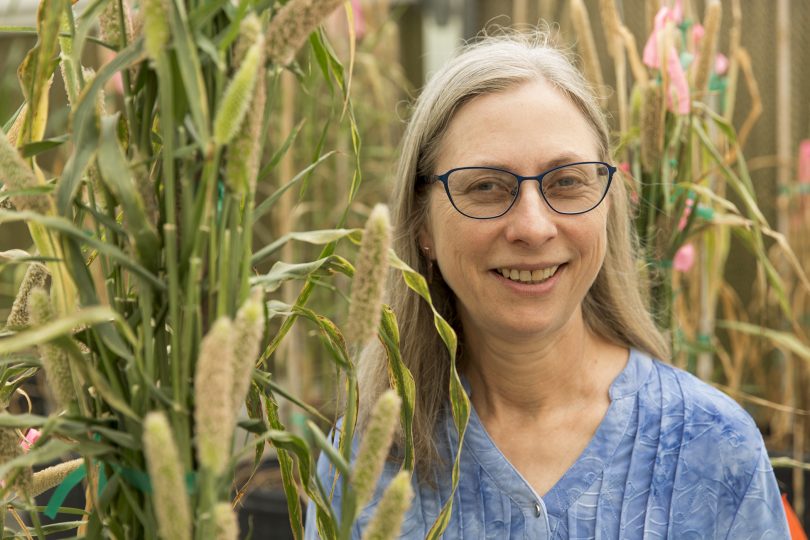 Her work has improved agricultural practices around the world

Peggy Ozias-Akins, D.W. Brooks Professor and Distinguished Research Professor in the College of Agricultural and Environmental Sciences, has been named the University of Georgia’s recipient of the Southeastern Conference Faculty Achievement Award.

The honor recognizes professors with outstanding records in teaching and scholarship and is administered by provosts at each of the 14 universities in the conference.

Ozias-Akins is a global leader in the application of biotechnology to the improvement of crops that are a vital source of nutrition for millions of people around the world. In addition to her research accomplishments, she is an innovative instructor and dedicated mentor to students, both at the undergraduate and graduate levels.

“Dr. Ozias-Akins is a global leader in plant science, genetics and biotechnology who is an innovative instructor and dedicated mentor at the University of Georgia,” said S. Jack Hu, senior vice president for academic affairs and provost. “It is impossible to overstate the reach and importance of her life’s work, and by every measure she is an extraordinarily influential and engaged scholar.”

Ozias-Akins’ research focuses on two broad areas that hold significant promise for the sustainability and security of the global food supply: self-reproducing hybrids and peanut improvement using genetic techniques. Her research group discovered the first plant gene associated with apomixis, a process in which seeds germinate into plants that are exact genetic copies of the parent. The creation of self-reproducing hybrids has been referred to as the holy grail for agriculture because it has the potential to enable farmers to save seeds with desirable traits year after year. This is particularly important for small farmers in the developing world, who might not otherwise have access to high-quality hybrid seeds. 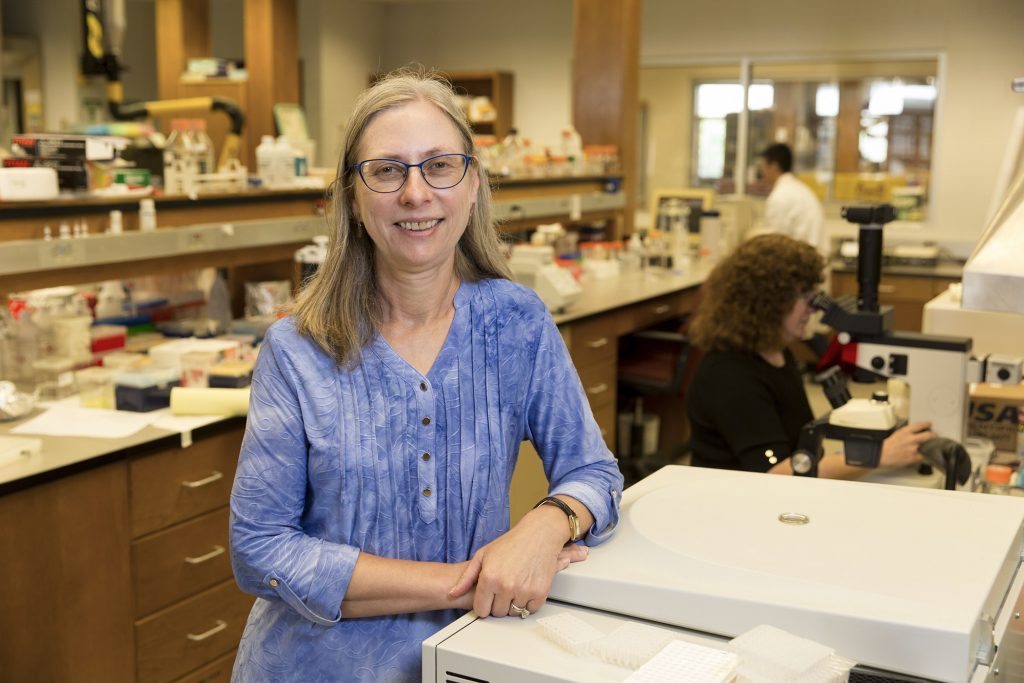 Peggy Ozias-Akins in her laboratory with students and research technicians working in the background. (Photo by Andrew Davis Tucker/UGA)

In addition to her pioneering research into self-reproducing hybrids, Ozias-Akins is also recognized for her international leadership in peanut genetics, genomics and breeding. She established the first economical genetic marker associations, now used by most peanut breeding programs, for a trait that has produced multi-million dollar value for peanut growers and has dramatically improved the shelf life of peanuts and peanut products. She also played integral roles in the international teams that sequenced the peanut genome and its wild progenitors. With this information, researchers and plant breeders around the globe are working to develop peanut varieties that are more resilient and productive.

Ozias-Akins’ work has been supported by nearly $12 million in grants and contracts from agencies such as the National Science Foundation, United States Department of Agriculture and Department of Energy, as well as foundations such as the Bill and Melinda Gates Foundation. She is the author or co-author of nearly 170 refereed journal articles, as well as 30 books and book chapters, and holds three patents for her research discoveries.

Ozias-Akins has delivered invited presentations in Australia, Austria, Brazil, Canada, Chile, China, France, Germany, India, Italy, Japan, Netherlands and the Philippines. She has served on the board of directors of the American Peanut Research and Education Society and in several leadership roles in the National Association of Plant Breeders, including as president in 2019-2020.

Inspiring the next generation

Ozias-Akins is passionate about inspiring the next generation of scientists. Since 2012, she has directed the university’s Institute for Plant Breeding, Genetics, and Genomics and its graduate training program. She has directed 14 master’s theses and doctoral dissertations, and she regularly teaches an undergraduate course in agricultural biotechnology that she developed.

She gives undergraduate students supervised research opportunities in her lab and has expanded her instructional reach outside of the University of Georgia. She has hosted a summer apprentice from Fort Valley State University, mentored several high school students through the university’s Young Scholars summer internship program and hosted a National Science Foundation-funded summer apprenticeship to help public school teachers bring knowledge of cutting-edge genetic techniques into their classrooms.

In addition to being named UGA’s SEC Faculty Member of the Year, her honors include being named a Fellow of the American Association for the Advancement of Science, American Peanut Research and Education Society and the Society for In Vitro Biology.

To read more about her work, visit: https://greatcommitments.uga.edu/story/a-more-resilient-peanut/