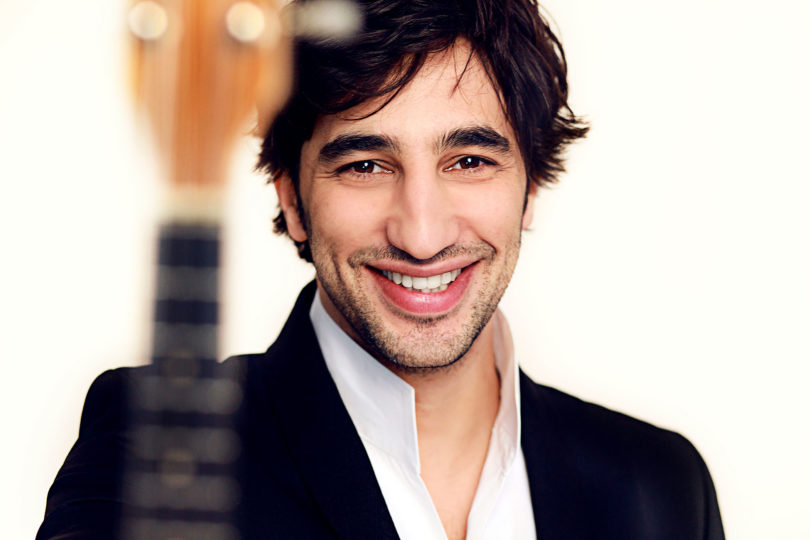 The first mandolin soloist to be nominated for a classical Grammy Award, Avital has been hailed as “explosively charismatic” by The New York Times.

Avital is a driving force behind the reinvigoration of the mandolin repertory, and more than 90 compositions have been written for him. His inspired music making has electrified audiences throughout Europe, Australia, Asia and the Americas with performances at Beijing’s National Centre for the Performing Arts, London’s Wigmore and Royal Albert halls, the Berlin Philharmonie, Zurich’s Tonhalle, Barcelona’s Palau de la Musica Catalana and the Paris Philharmonie.

Born in Be’er Sheva, Israel, in 1978, Avital began learning the mandolin at age 8. He later graduated from the Jerusalem Music Academy and the
Conservatorio Cesare Pollini in Padua, Italy.

Avital won first prize at Israel’s prestigious Aviv Competitions in 2007, becoming the first mandolinist in the history of the competition to be so honored.

For his Athens recital, Avital will be accompanied by harpsichordist Kenneth Weiss, who performed at UGA recently with the Chamber Music Society of Lincoln Center.

Their program will include works by Vivaldi, Beethoven, Bach and Scarlatti.

Tickets for the concert are $36 and can be purchased at the Performing Arts Center, online at pac.uga.edu or by calling the box office at 706-542-4400.

The concert will be recorded for Performance Today, America’s most popular classical music radio program.